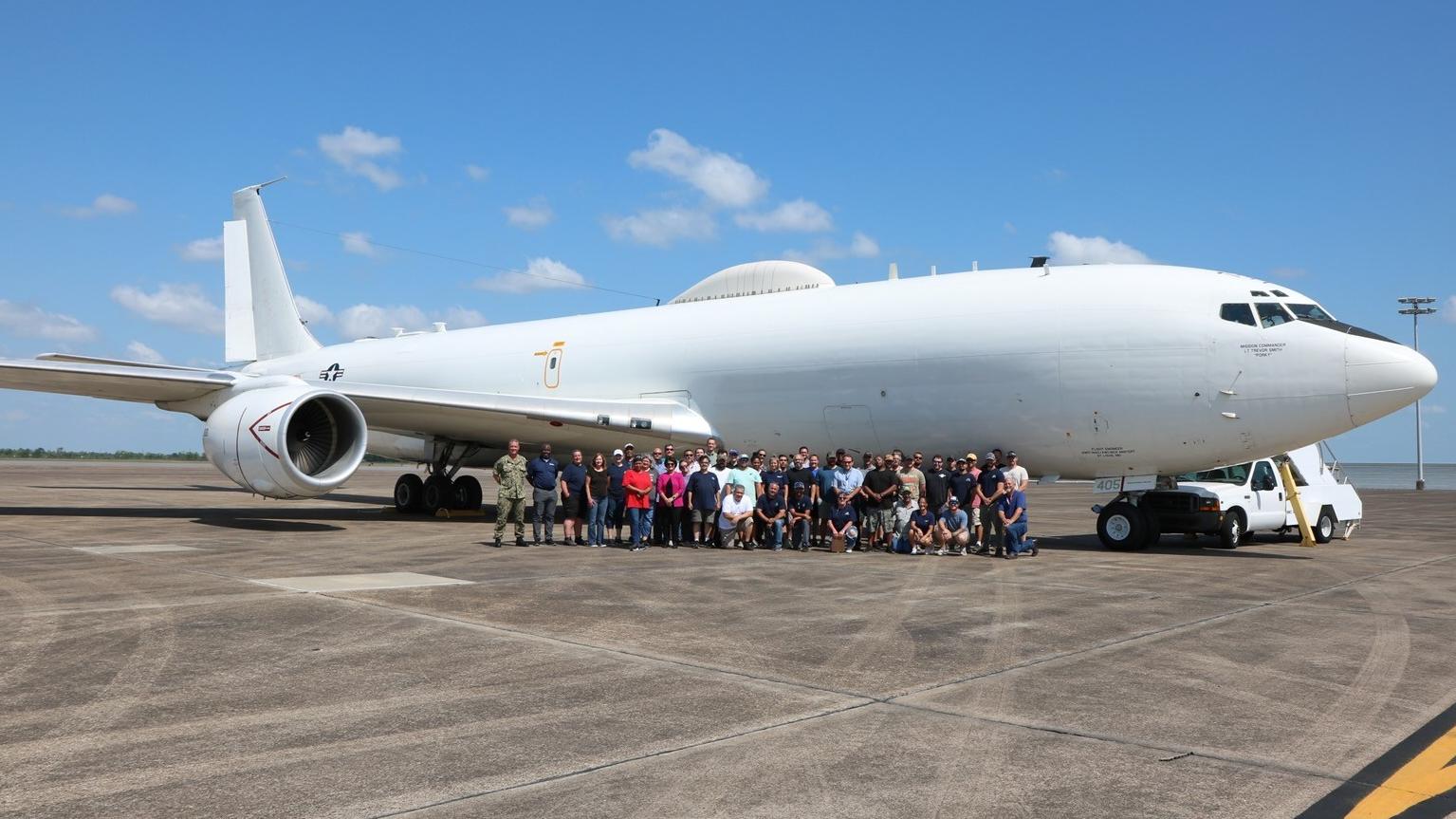 Members of PMA-271 along with industry partners pose with the first E-6B Mercury inducted under the new Integrated Modification and Maintenance Contract at Lake Charles, Louisiana, May 9. The new contract looks to decrease average turnaround times from 19 months to six months. (Photo courtesy of Northrop Grumman Corporation)

The work is part of an Integrated Modification and Maintenance Contract (IMMC) awarded in February, which focuses on fielding improved airborne strategic communications sooner.

The previous modification contract was executed by two separate commercial activities and one organic activity with a 19-month average turnaround time. With this new IMMC, the team anticipates ultimately achieving a six-month modification turnaround timeline.

“This contract streamlines how we are fielding our capability upgrades,” Stailey said. “We are fully engaged with the fleet and our partners as we reduce the time required for aircraft modifications.”

“I’m very proud of the entire team and all the work they’ve done to get to this point,” said Capt. Adam Scott, PMA-271 program manager. “It’s taken a big effort and they are constantly looking for ways to identify and overcome any challenges.”

Faster turnaround times with the upgrades will lead to more aircraft being available with increased capabilities for the warfighter.

“Our number one priority is ensuring SCW-1 accomplishes its mission providing assured airborne strategic communications and that the president is always connected to his nuclear forces,” Scott said.

PMA-271’s mission is to deliver and support survivable, reliable, and endurable airborne command, control, and communications for the President, Secretary of Defense and U.S. Strategic Command. 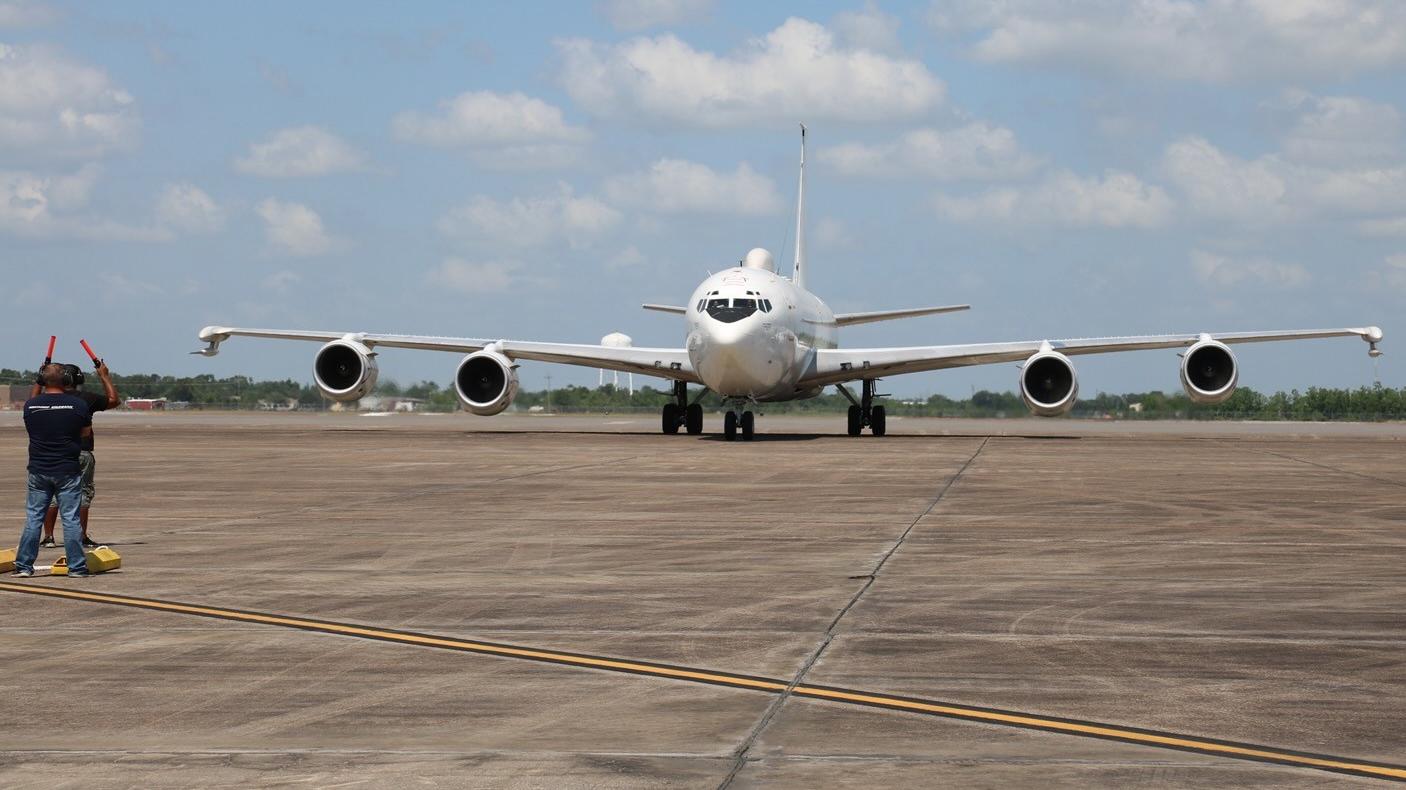