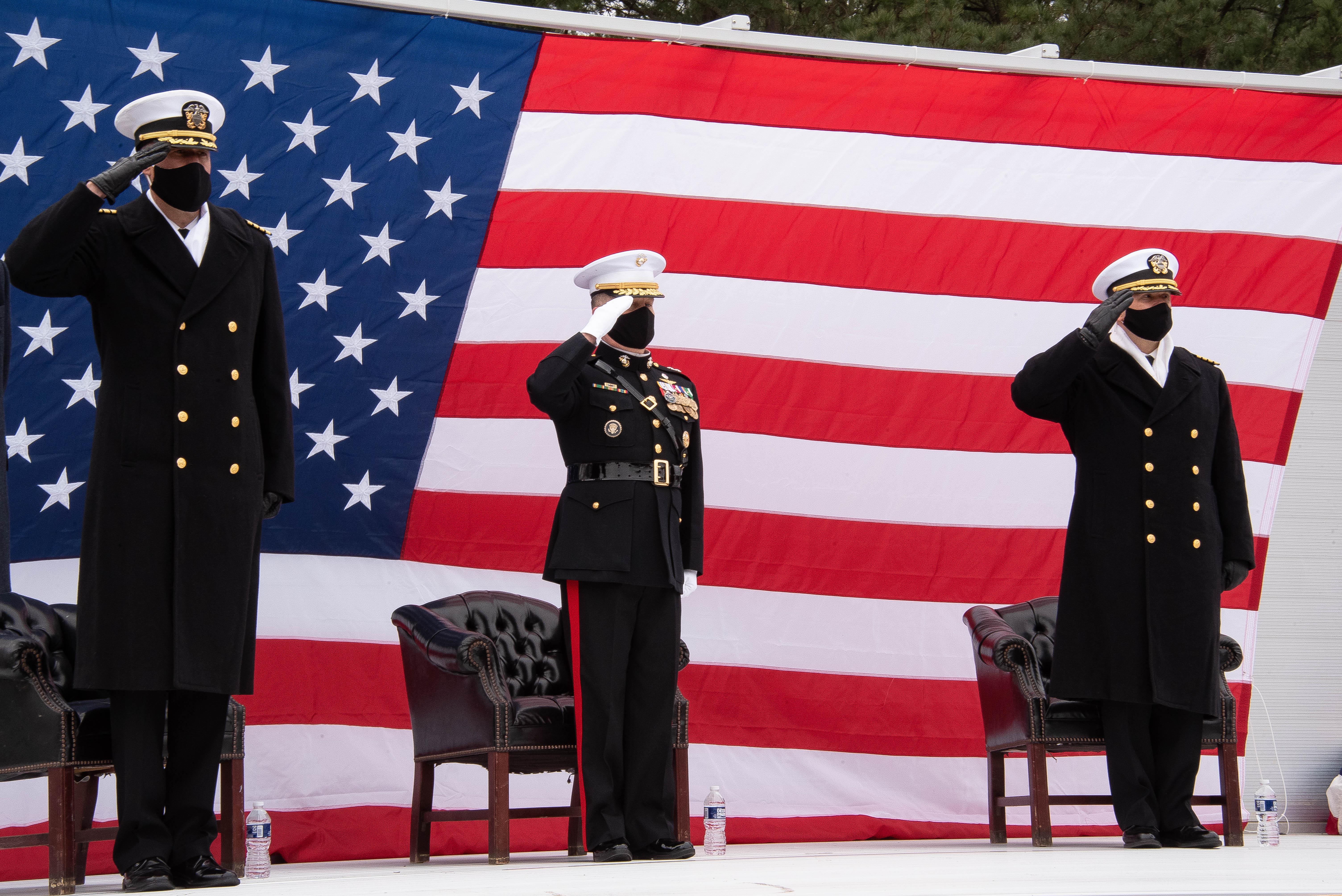 The unique outdoor winter event saw family, friends, and co-workers look on from their cars or over the internet as two former United States Naval Academy classmates exchanged responsibility of leading the program.

“I’m impressed not just in Bill Coleman, but the team that he has led the last few years,” he explained. “The fleet knows how deeply involved you are and the dedicated hard work that you do. You directly supported the security of our nation and allies.”

During the ceremony, Coleman touched on many of the team's accomplishments during his tenure; bringing the first ever-multiyear cybersecurity authority to operate for the E-6B weapons system, modernizing the aircraft's very-low-frequency power transmit system, improving budget execution, finishing an $880 million supply support contract and releasing the request for proposal for the block two production contract.

“I asked you many times to approach old systems in new ways, to question standard thinking,” Coleman said as he addressed the crowd. “I think this organization is stronger today because we brought new perspectives to our work.”

After touching on the past, he also hinted at where the program is headed with Scott in command.

“The future is bright for PMA-271,” he said. “It’s going to be an exciting time and I can’t wait to watch and applaud the success as you continue to bring the critical communication link that protects every American.”

Scott comes to the program after serving at Naval Air Warfare Center Aircraft Division as an executive director. He has an extensive history with the E-6B having served in all three Fleet Air Reconnaissance squadrons and as a test pilot with Air Test and Evaluation Squadron 20.

“It is a privilege to be your program manager,” Scott said. “I will strive to create an environment where [employees] can grow, bear fruit, and succeed. And through your success, PMA-271 will succeed. We have many challenges ahead of us; I look forward to tackling them together.”

After the change of command, Coleman held his retirement ceremony where he thanked family and friends for their support and touched on his career that spanned more than 25 years.

“I’m not sure I set out to have this career progression, but I’m very thankful for the twists and turns the Navy dealt me,” he explained. “I don’t quite know where I’m headed next, but I know the Navy will always be in me.” 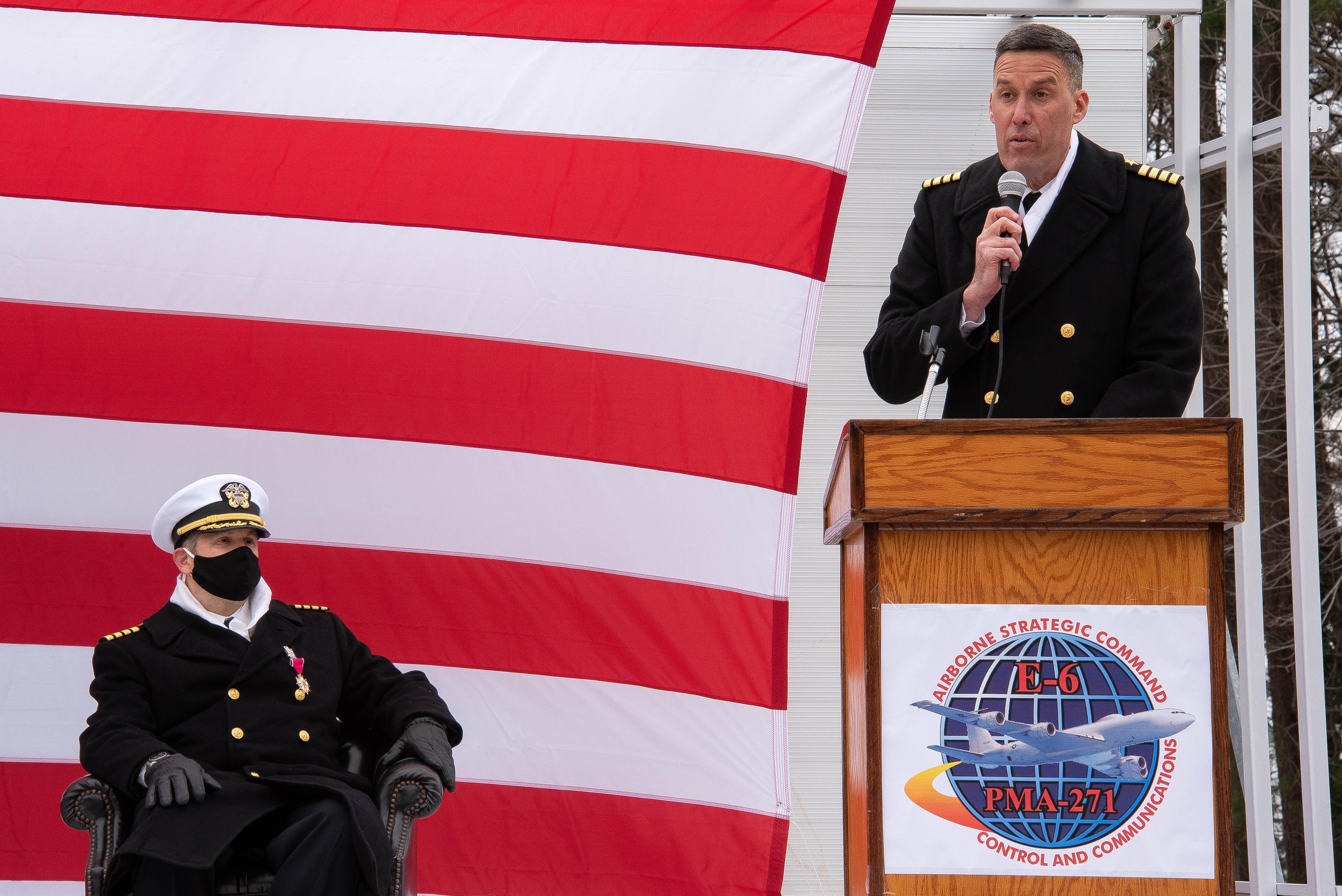 Airborne Strategic Command, Control, and Communications Program Office (PMA-271) Program Manager Capt. Adam T. Scott speaks during the change of command ceremony Jan. 8 at Naval Air Station Patuxent River, Md. Scott comes to the program after serving at Naval Air Warfare Center Aircraft Division as an executive director and has an extensive history with the E-6B having served in all three Fleet Air Reconnaissance squadrons and as a test pilot with Air Test and Evaluation Squadron 20. (U.S. Navy photo by Peter Fitzpatrick)