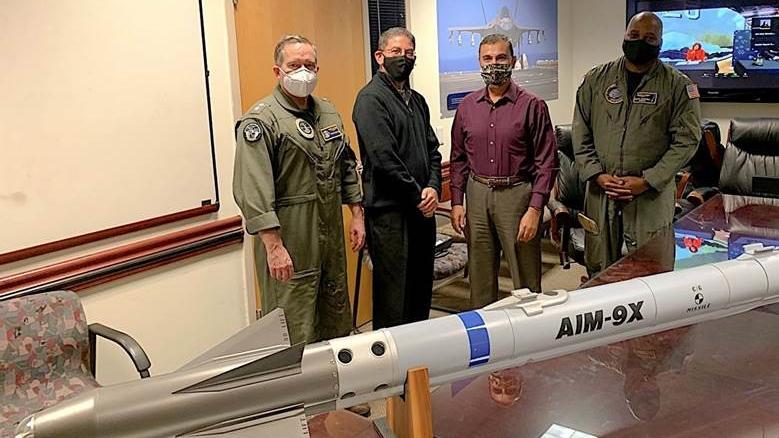 The Air-to-Air Missiles Program Office (PMA-259) International Programs team accepted the 2020 Department of the Navy Acquisition Excellence Award for International Acquisition Partnership on Nov. 5 during a virtual ceremony hosted by Assistant Secretary of the Navy for Research, Development, and Acquisition, James Geurts.

The team was recognized for its continuous accountability and supervision of 103 Foreign Military Sales (FMS) cases valued at $2.6 billion for 34 countries and two NATO organizations.

According to the PMA-259 deputy program manager for International Programs, Al Teeney, the significant, continued growth of international missile sales is highly attributable to the team’s endless efforts to develop and seek United States Government concurrence for the aggressive, forward-leaning AIM-9X Export Policy under which it operates. Far exceeding the yearly program’s goal of 200 FMS missiles sold each year, the team is also growing the AIM-9X International Community at a rate of two new countries per year.

“The entire International Programs Team has worked tirelessly to maintain relationships with our international partners,” said Teeney. “From sustaining current relations to building new ones, the team has been efficient and punctual when communicating with other countries and is proud to accept this award.”