NAVAIR’s PMA-299 provides full-spectrum, world-wide support for the US Navy’s and International Partners’ MH-60R and MH-60S helicopters and user communities. 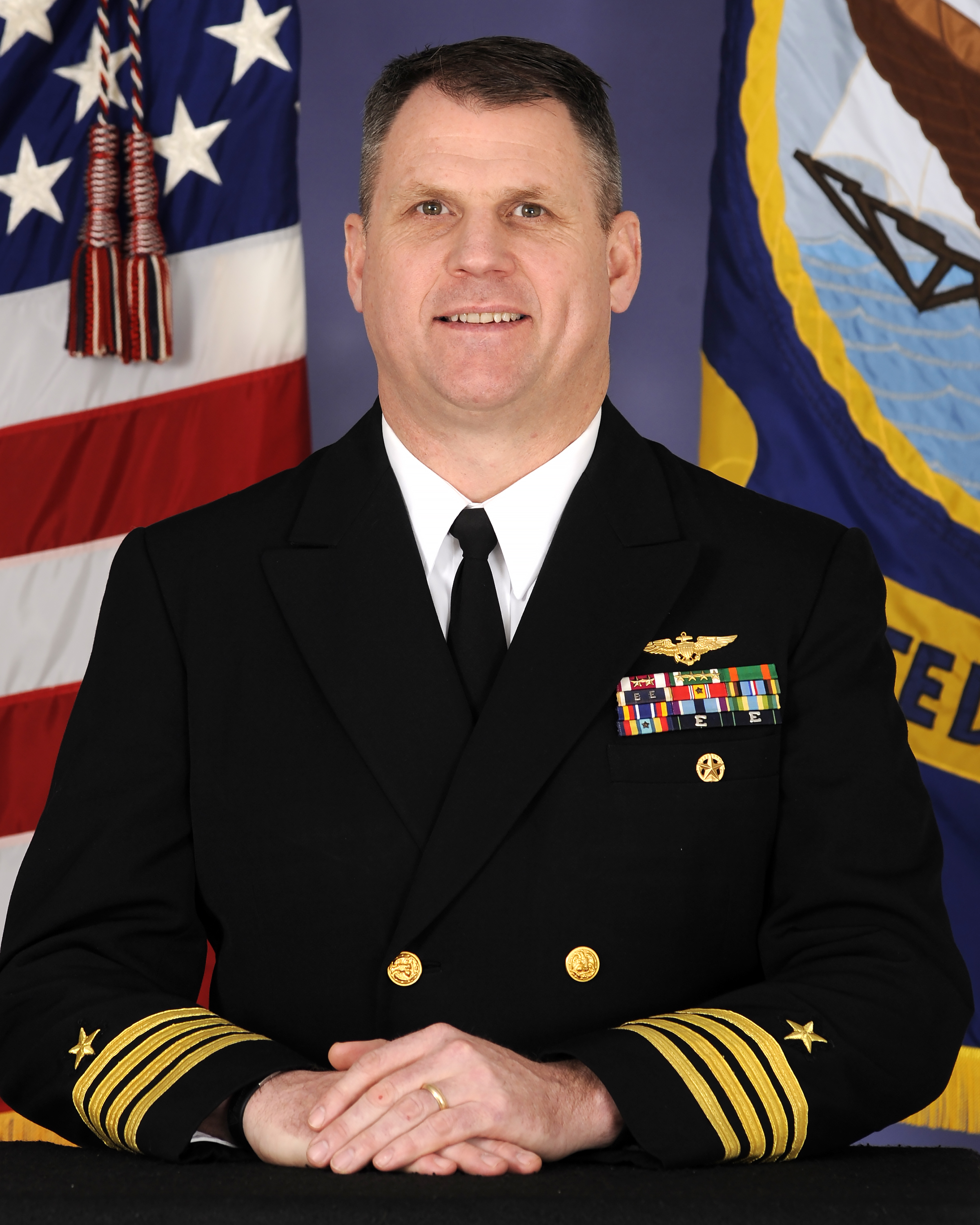 Hailing from Steamboat Springs, Colorado, Captain Todd M. Evans graduated from the U.S. Merchant Marine Academy in Kings Point, New York., where he received a Bachelor of Science degree in Marine Engineering and was commissioned in the U.S. Navy. Following initial flight training and designation as a Naval Aviator, Evans transferred to Marine Heavy Helicopter Training Squadron 302 in New River, N. C. for training in the MH-53E helicopter. His first fleet tour was with the "VANGUARD" of Helicopter Mine Countermeasures Squadron (HM) 14 in 1997. He qualified as the Airborne Mine Counter Measure (AMCM) Mission Commander and Functional Check Pilot, completing a deployment to Bahrain and participating in exercises including GOMEX, MARCOT, and KERNAL BLITZ.

Evans was then selected to attend U.S. Navy Test Pilot School in Patuxent River, Maryland, and was subsequently assigned to Rotary Wing Test Squadron (HX) 21 as the Organic Mine Countermeasures Project Officer. While attached to HX-21, he earned a Master’s of Science Degree in Systems Engineering from Johns Hopkins University.

In 2004, Evans transferred to Mine Countermeasures Squadron (MCM) 2 in Ingleside, Texas where he became the Lead Planner and Air Operations Officer and qualified as a Staff Tactical Action Officer. Additionally, he became the fleet MCM requirements officer for Commander Mine Warfare Command.

Evans then attended the US Army Command and General Staff College in Leavenworth, Kansas where he earned Joint Professional Education One. Additionally, he was designated as Joint Planner and selected as a member of the acquisition corps.

In 2009, he became the Executive Officer and ultimately the Commanding Officer of HM-14 providing AMCM support within CONUS and 7th Fleet, as well as providing Fleet Replacement Support for the MH-53E community. During his tenure, the squadron supported Operation Unified Response and Operation Tomadachi.

Following his command tour, Evans returned to NAS Patuxent River as PMA-299 Assistant Program Manager for Logistics and In-Service Integrated Product Team (IPT) Lead. In 2015, he transferred to PMA-274 to support the Presidential Helicopter Program as the in-service IPT Lead until being selected in 2016 to serve as Executive Assistant to the Commander, Naval Air Systems Command.