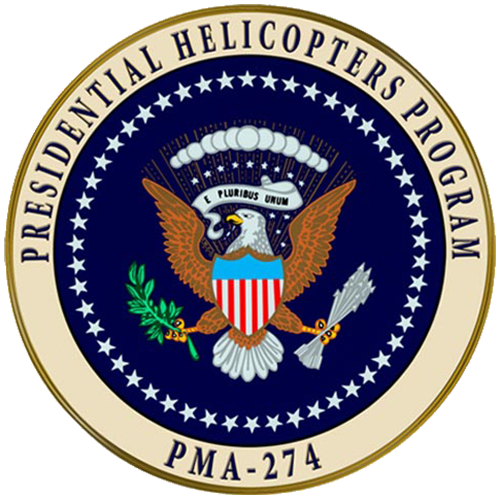 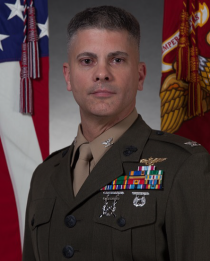 Hailing from Green Bay, Wisconsin, Col. Eric Ropella, graduated from the U.S. Naval Academy in 1993, commissioning as a second lieutenant. Ropella earned a Master of Business Administration in Systems Acquisition and Program Management from the Naval Postgraduate School in 2004 where he was awarded the Assistant Secretary of the Navy Research, Development and Acquisition Excellence Award.

After earning his wings as a Naval Aviator in 1996 he flew the CH-46E Sea Knight, serving with HMM-163 “Evil Eyes” from 1997-2002. He completed two WestPac deployments with the 15th MEU during Operation Enduring Freedom as a weapons and tactics instructor, planning and leading contingency and combat operations into Pakistan and Afghanistan. As Air Mission Commander, Ropella served as a liaison officer between Task Force-58 and Special Operations Forces during the seizure of “Camp Rhino” Forward Operating Base.

From 2004 to 2007, he served as the Project Manager for the Performance Based Logistics Implementation and the Low Rate Initial Production/Sustainment Integrated Product Teams (IPT) at the Joint Strike Fighter (JSF) Program.

In 2007, Ropella transitioned to the Acquisition Management Professional Community. In August 2007, he assumed the role of Survivability IPT lead for the V-22 Program Office (PMA-275). During his assignment he received the Commandant’s Acquisition Excellence Award.  In October 2009, Ropella became the Level I MV-22 IPT lead; responsible for USMC V-22 programmatic issues and execution of the USMC V-22 acquisition budget.

He attended the International College of the Armed Forces at the National Defense University from August 2011 to June 2012, graduating with a Master of Science in National Resource Strategy.

In June 2013, Ropella re-joined the V-22 Program Office managing negotiation of the program’s second multi-year procurement production contract award, worth over $5.6B, resulting in his team’s selection for the FY13 Dr. Somoroff Department of the Navy Acquisition Excellence Award. In September 2013, Col. Ropella assumed the role of Program Manager for International Programs, building the Foreign Military Sales organization from the ground up and completing the first international sale of the V-22 in June 2015.

From June 2016 through July 2017, Ropella served as the Military Assistant to the Assistant Secretary of the Navy (Research, Development, and Acquisition).

Reporting to Presidential Helicopters Program (PMA-274) as the lead for the VH-92A program in August 2017; Ropella assumed the position of Program Manager in March 2018.