NAVAIR delivers naval aviation excellence through the development, acquisition and sustainment of capabilities our Sailors and Marines need to defend our nation today and into the future. We Make an Impact!

Overview: Established in 1966 as the successor to the Navy’s Bureau of Naval Weapons, the Naval Air Systems Command (NAVAIR) is headquartered in Patuxent River, Md., with military and civilian personnel stationed at eight locations across the continental United States and one site overseas.

Vision: Sailors and Marines Armed with Confidence…Because we develop, deliver, and sustain aircraft, weapons, and systems – on time, on cost, with proven capability and reliability – so they succeed in every mission and return safely home. 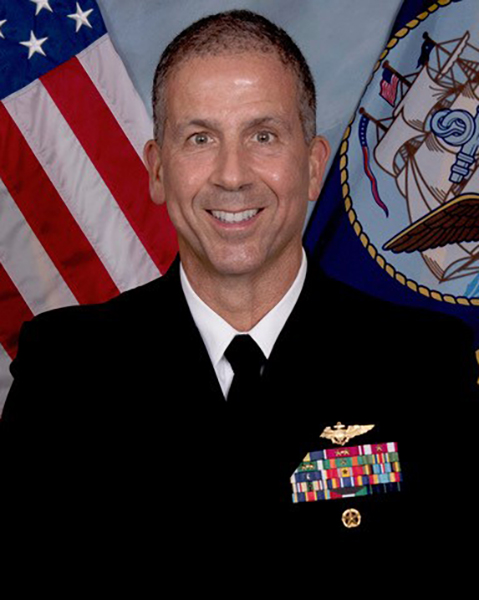 A native of Holliston, Massachusetts, Chebi earned a Bachelor of Science in computer systems engineering and a commission as an ensign from the Naval Reserve Officer Training Corps at Rensselaer Polytechnic Institute. A graduate of the U.S. Naval Test Pilot School (USNTPS) and Navy Fighter Weapons School, he holds an Executive Masters in business administration from the Naval Postgraduate School.

Shore tours include service as an aircraft and weapons test pilot in both Air Test and Evaluation Squadron (VX) 23 and VX-30 and as deputy for Strike Aircraft Plans and Requirements for the Office of the Chief of Naval Operations (OPNAV).

He is the recipient of the Distinguished Service Medal, Legion of Merit, Meritorious Service Medal and various unit and sea service awards.