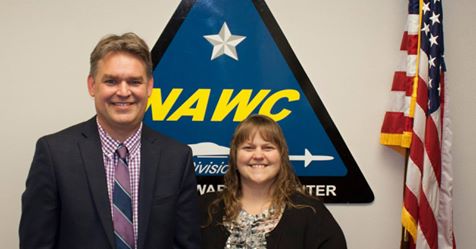 The award recognizes the efforts of the professional or team who has demonstrated outstanding work transferring a technology in a manner significantly over and above what was called for in the normal course of their work.

The NAWCAD TTO team was awarded for their innovative approaches to deliver dual-use inventions that meet pressing U.S. Department of Defense needs and can be licensed to private partners or industry for commercial applications. Their work led to the establishment of TechPort, the first technology incubator in St. Mary’s County. Additionally, the team is working to launch events throughout the region that highlight topics relevant to NAWCAD scientists and engineers.

"Being recognized as an Outstanding Technology Transfer team member is rewarding as it highlights the role the NAWCAD Technology Transfer office plays in transferring innovative technologies for use by the warfighter,” said Miedzinski. “It also helps the U.S. and regional economy base by creating jobs."

Currently, NAWCAD researchers hold 57 patents with the sum of the intellectual property (IP) portfolio totaling 178. The TTO’s vision is to increase the number of patents and find appropriate partners that will move the technologies through the technology transfer pipeline to commercialization, making them viable and affordable options for the Navy.

For more information on a specific services listed below contact the NAWCAD Technology Transfer Office at 301-342-1133.

With facilities in Patuxent River, Maryland; Lakehurst, New Jersey; and Orlando, Florida NAWCAD supports the research and development, engineering, test and evaluation of all Navy and Marine Corps air vehicle systems and trainers.