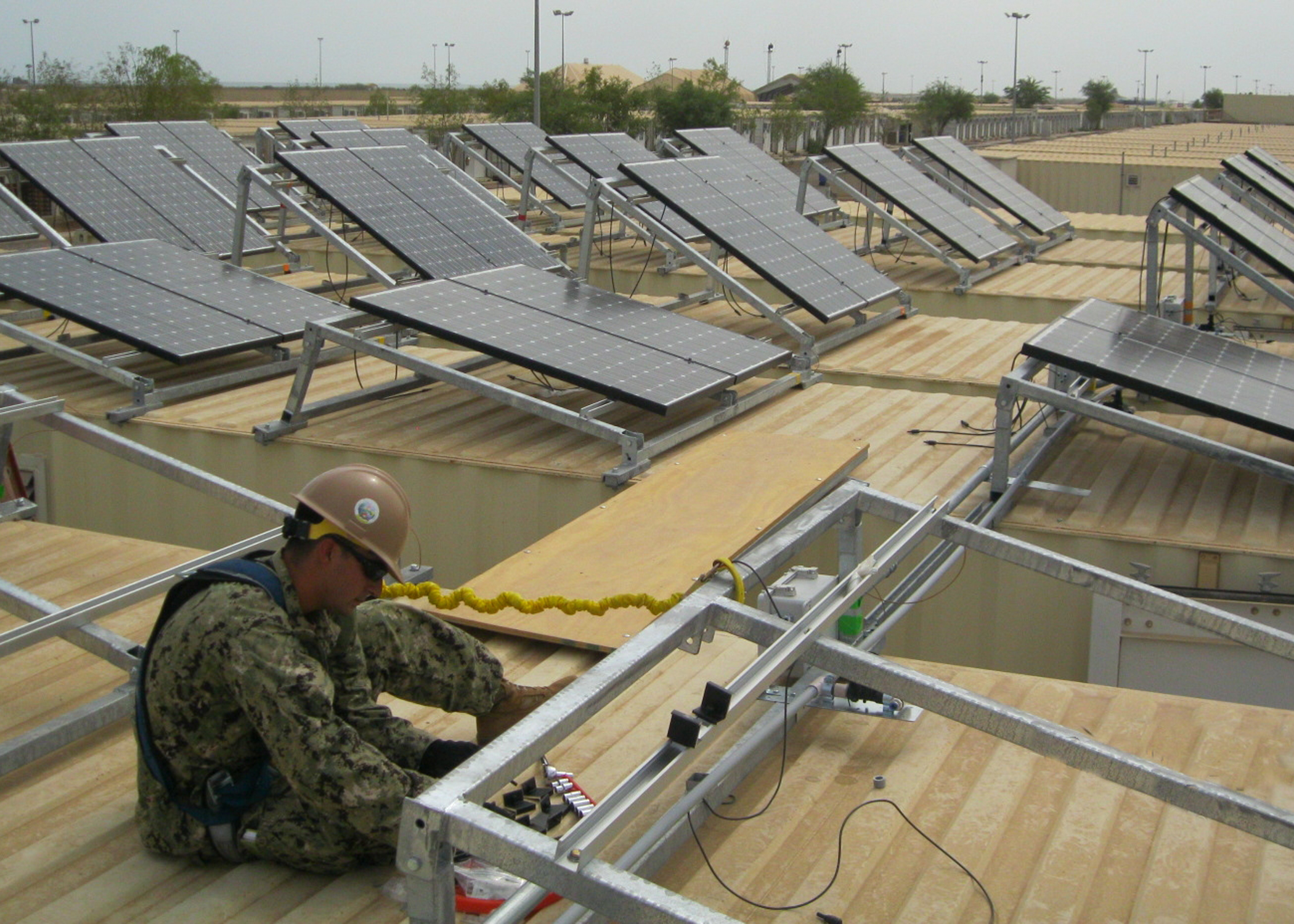 Engineers Matt Malone and Sam Edwards, both of NAWCWD’s Renewable Energy Office, began working on this project in support of NAVFAC’s Expeditionary Warfare Center in Port Hueneme, Calif., in 2009, and spent a month in Djibouti last fall.

In 2010, Malone and Edwards traveled to Camp Lemonnier and installed one solar array system on top of a containerized living unit (CLU), a 40-foot shipping container.

“We monitored it and found out that we lost 30 percent of our power output after one month because of soiling,” Malone said. “The wind and dust in Djibouti make it very difficult for solar arrays to remain productive.”

NAVFAC then asked the Renewable Energy Office to help with a follow-on soiling study of a larger system at Camp Lemonnier.

The NAWCWD team came up with a solar array system for 12 CLUs equipped with an automatic washing system. The new set-up also includes various panel angles and orientations.

Malone said the recommended way to mount a stationary solar system, if you are in the northern hemisphere, is to face it south and angle it to that location’s degree of latitude.

“Since Djibouti is about 11 degrees north latitude, the dust just settles on the array at that relatively flat angle,” Malone said.

Some panels are now set at 30 degrees to see if the dust will roll off and yield better power output.

“The west-facing arrangement not only gives us more room for panels, it may also capture more solar power during peak usage,” Malone said. “The energy demand from the CLUs is at its highest as the sun is going down and everyone is getting off work, turning on the air conditioning really high, and using their computers and other electronics.”

Nine Sailors with Naval Mobile Construction Battalion 1 (NMCB1) and three from N4 Utilities made up the Camp Lemonnier Solar Installation Team. Malone and Edwards guided and assisted the Sailors with the installation of the solar units and the automatic washing system.

“The SeaBees [members of the construction battalion] had not worked with solar units before but they worked extremely hard,” Malone said. “We all worked for four weeks installing the system in 100-plus degree temperatures and 80 to 90 percent humidity. The Sailors from NMCB1 didn’t quit and they didn’t slow down. We couldn’t have done it without them.”

NAWCWD designed the structures and how they attach to the CLUs in accordance with NAVFAC’s requirements, which called for no penetrations into the unit and no welds; the system also had to be removable. In addition to the mechanical design, the NAWCWD team also came up with the electrical design to connect the 12 CLUs with Camp Lemonnier’s existing electrical grid.

“This reduces the base’s electrical load and the amount of diesel fuel used to power generators,” said Wayne Taylor, NAWCWD’s Renewable Energy Program manager. “This effort is in accordance with Executive Order 13423 (Strengthening Federal Environmental, Energy, and Transportation Management) and also supports the Navy's goal to reduce consumption of energy, decrease reliance on fossil fuels and significantly increase the use of alternative energy.”

Currently, information is being collected from the system and the NAWCWD team will begin processing the data once funding is received.

“It’s too early to tell but once we can start analyzing the data, we can figure out which is the best angle and orientation of the panels,” Malone said. “If the washing system works as planned, we should see higher power output, which means more power going back into their grid. Any progress we can make with renewable energy at Camp Lemonnier will help offset the effects of using fossil fuels there, and, hopefully, make the country a better place to live and work.” 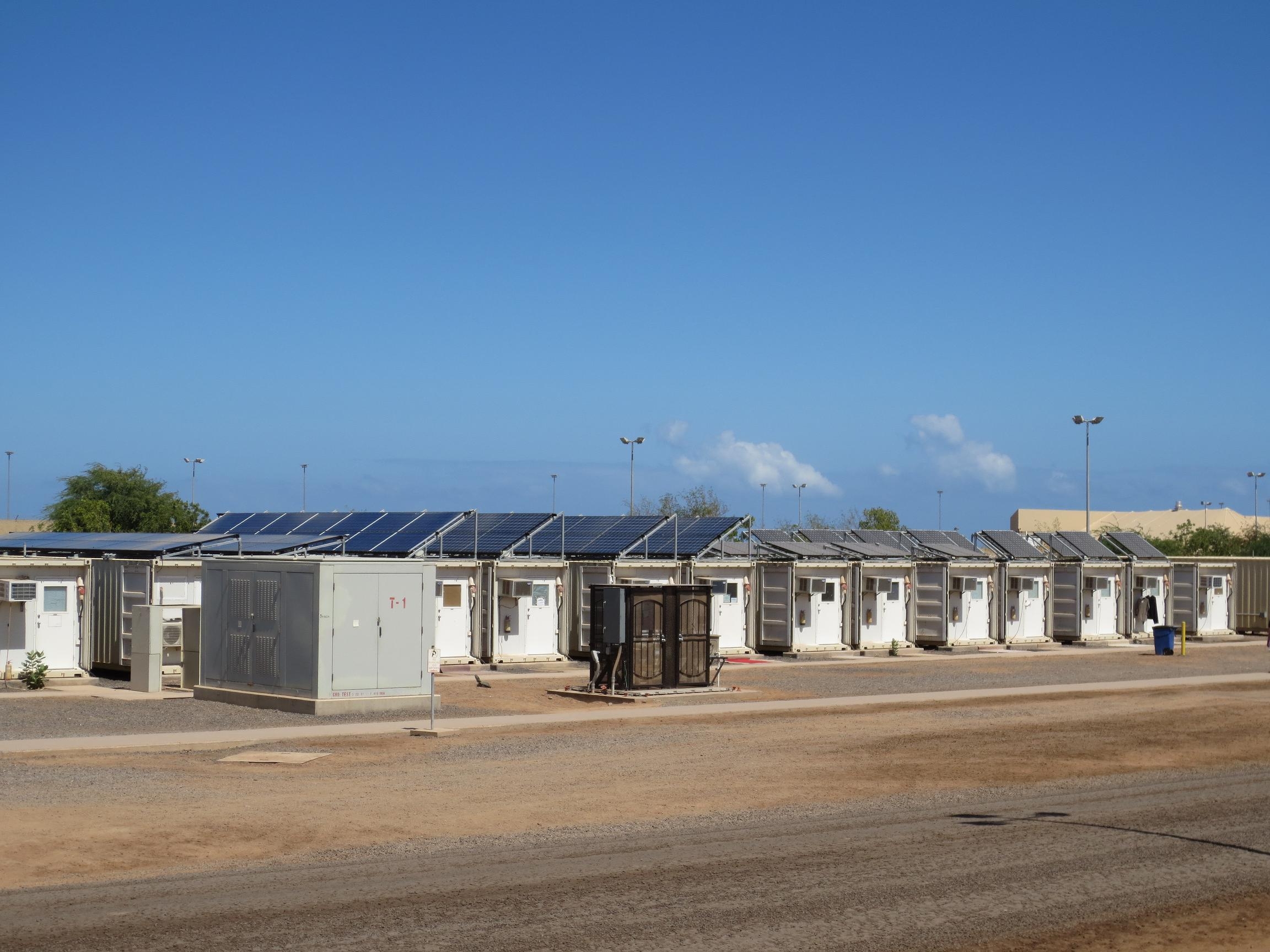 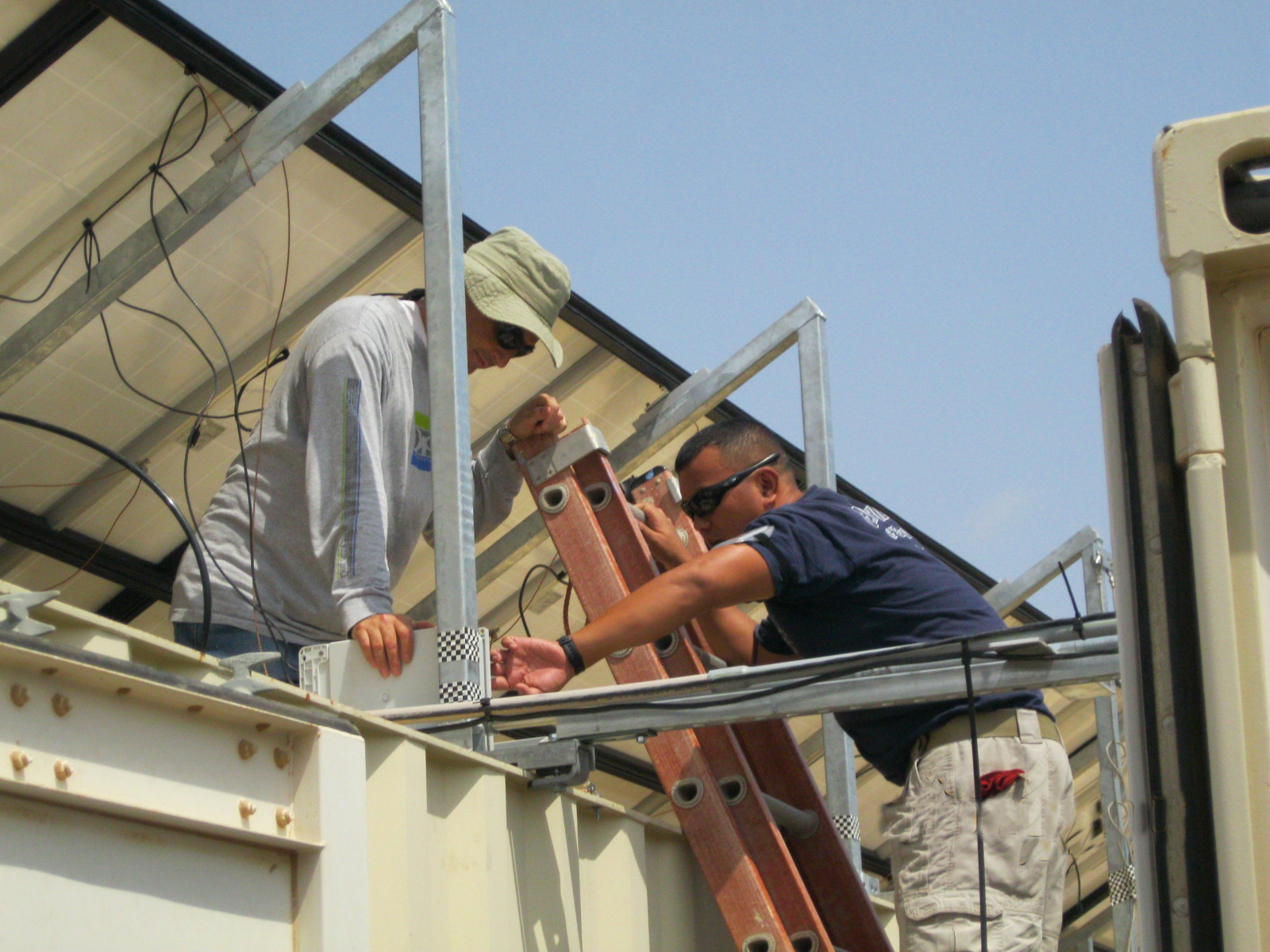 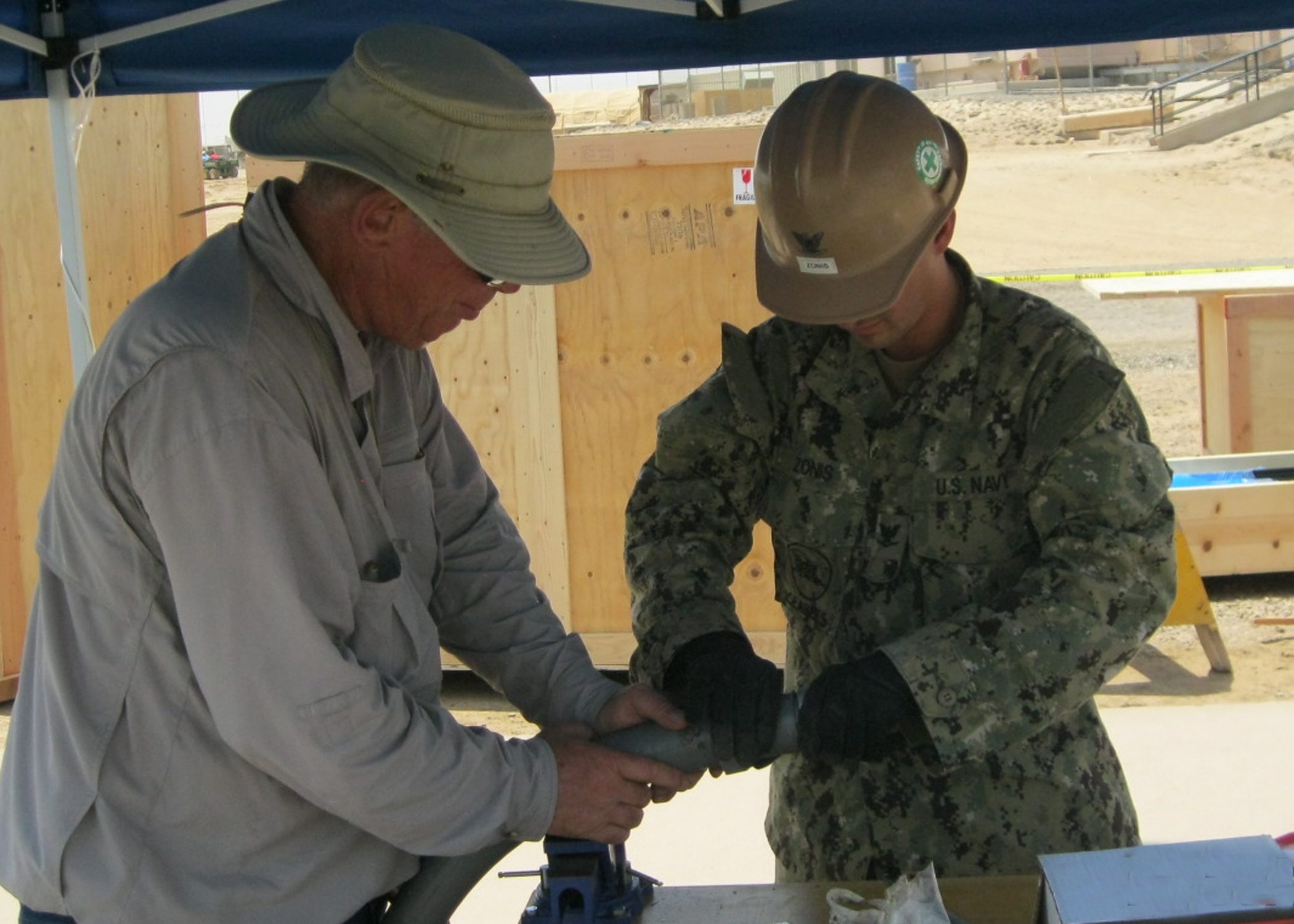