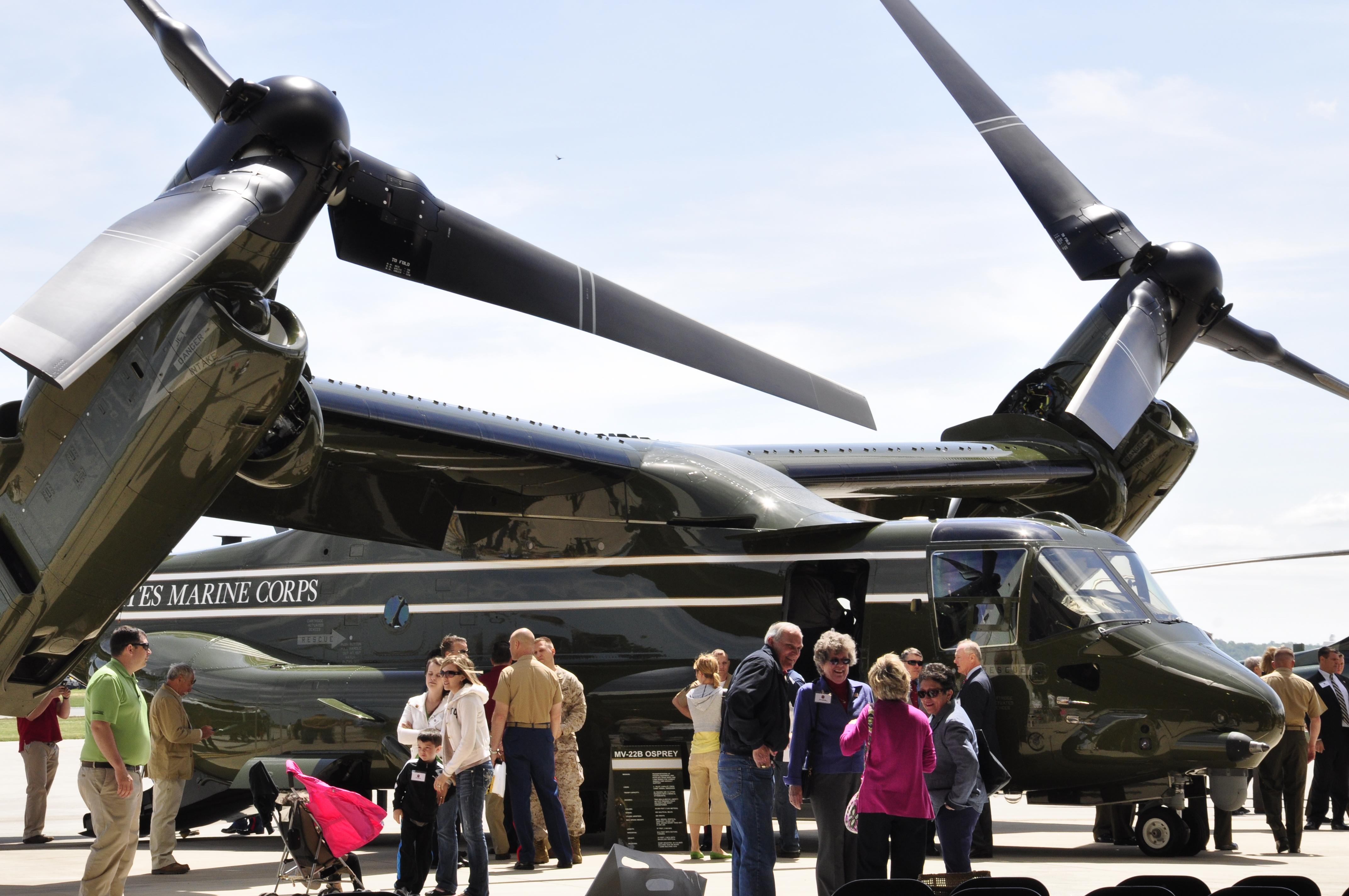 Marine Corps Base Quantico, Va. -- Marine Helicopter Squadron (HMX) 1 Marines, past and present, family members and friends mingle on the flight line with the newest addition to the squadron, an MV-22 B 'Osprey,' after an MV-22B Introduction Ceremony in the HMX-1 hangar May 4 in Quantico, Va. The aircraft, built by Bell-Boeing under direction from the V-22 Joint Program Office (PMA-275), is the first of 12 to be delivered to HMX-1.

V-22 flight operations at HMX-1 began April 26, but flights carrying presidential support staff and news media representatives in the Ospreys will not begin until later this year.