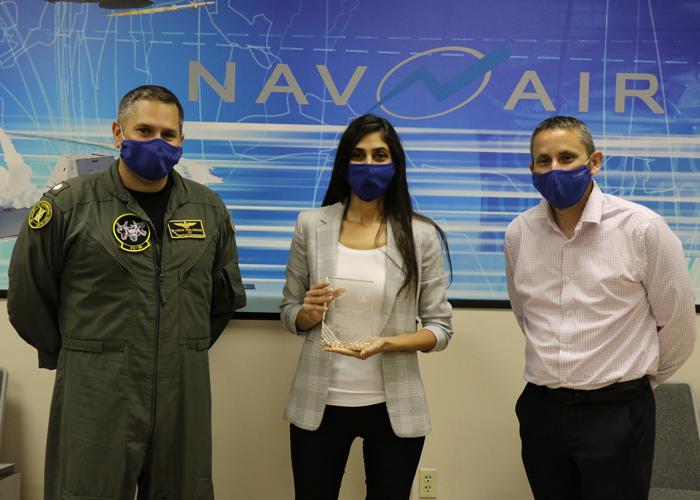 Yeremyan, a Burbank native who joined Naval Air Warfare Center Weapons Division in 2012, received the award for her “outstanding ability, aptitude, and motivation” as well as her “outstanding technical skills [which] enabled her to lead multiple complex projects that included extensive tasking” outside of her normal duties.

Cmdr. Jason Saglimbene, VX-30 commanding officer, helped select Yeremyan for the award. He thanked Yeremyan for her technical rigor and desire to get the job done.

“We need people that are hungry, and professional, and can get the information together so the principals can make good decisions,” he said. “That’s the type of personality and character that you’re looking for in awards like this. When we looked at the nominations … it was a very easy decision.”

For her part, Yeremyan sees the award as more of a team effort.

“This work, it takes a village,” she said. “It’s not something that you can do in a vacuum. I definitely feel like we’re standing on the shoulders of giants.