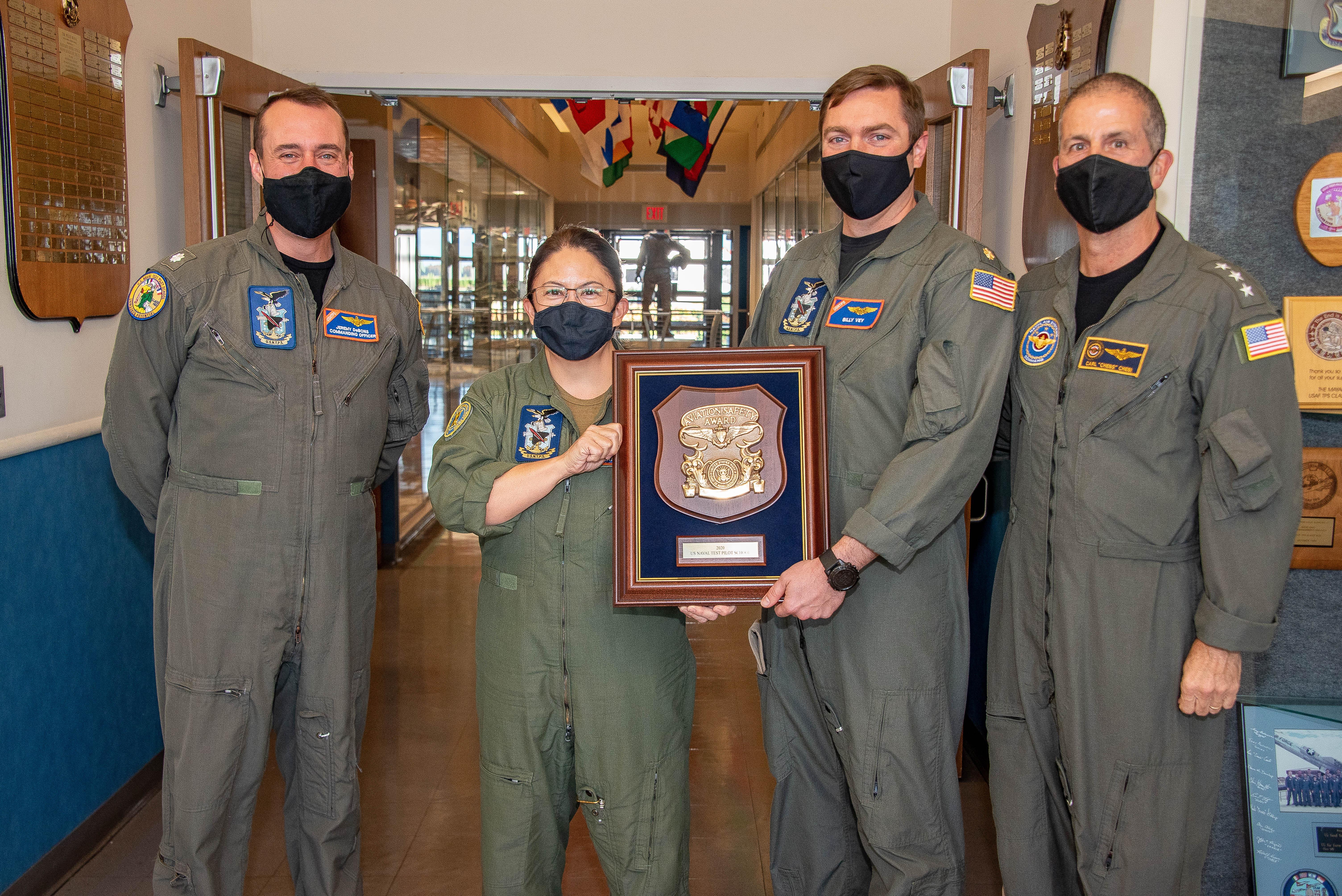 Vice Adm. Carl Chebi, Commander of the Naval Air Systems Command, presented the awards during back-to-back ceremonies at the respective squadrons on Nov. 3.

The award and the safety “S” displayed on each of the squadron’s aircraft recognizes the squadron for excellence in aviation safety by maintaining Class A mishap-free safety records throughout the fiscal year, and making contributions to the Naval Aviation Safety Program. A Class A mishap is when a pilot or crew suffers death or disability, or property damage at least $1 million.

Earning this award requires a culture of safety inclusive of everyone in the command. Safety leaders pointed to respect for the “no vote” – a policy that allows anyone to cancel a flight for any reason – as foundational to their safety record, along with engagement from every level.

Maintaining the highest levels of safety is difficult in any environment, but particularly challenging in squadrons that routinely push aircraft beyond their limits in order to provide new fleet capabilities.

The Naval Air Warfare Center Aircraft Division is the Navy’s largest warfare center, employing more than 17,000 military, civilian and contract personnel. It operates test ranges, laboratories and aircraft in support of test, evaluation, research, development and sustainment of everything flown by the Navy and Marine Corps. Based in Patuxent River, Maryland, the command also has major sites in St. Inigoes, Maryland, Lakehurst, New Jersey, and Orlando, Florida. 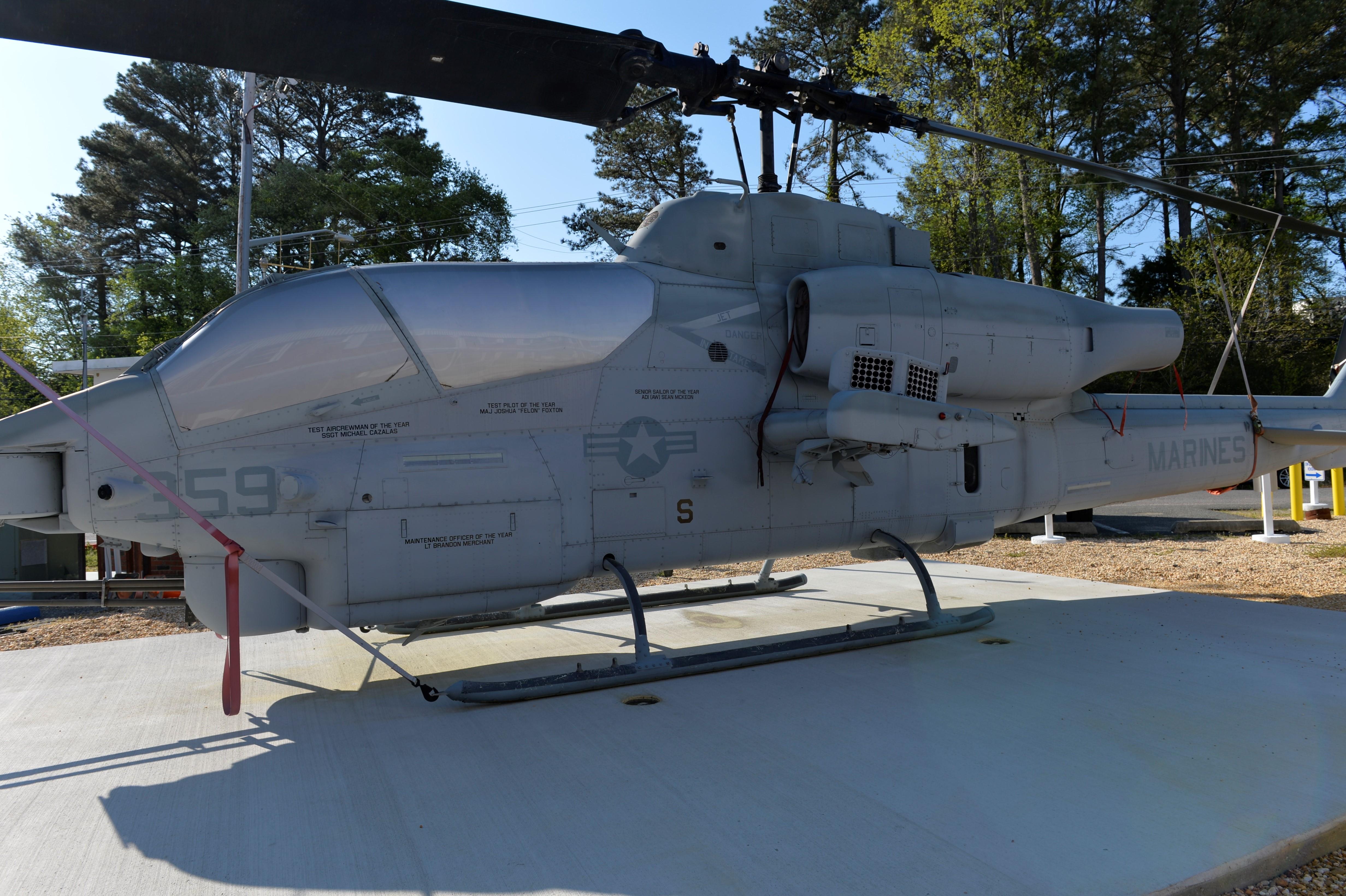 The AH-1W Cobra, displayed in front of an Air Test and Evaluation Squadron (HX) 21 hangar bearing an “S” to show recognition of the squadron’s commitment to safety following a presentation for the Chief of Naval Operations' Aviation Safety Award at Naval Air Station Patuxent River, Nov. 23. (U.S. Navy Photo by Kaitlin Wicker)