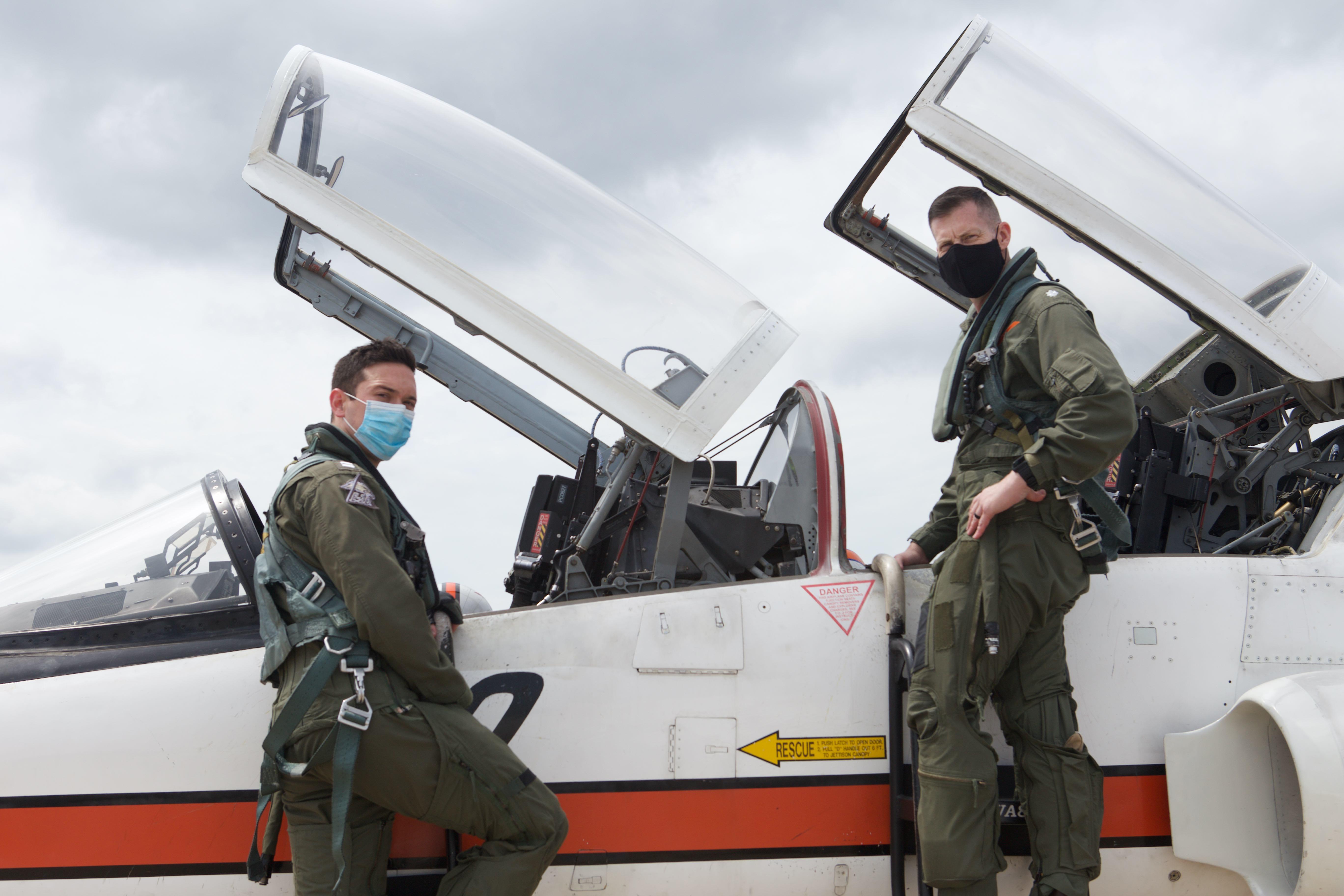 The United States Naval Test Pilot School (USNTPS) is the Navy's principal operator of the Northrop Grumman T-38C Talon supersonic jet trainer, with 10 of the twin-engined aircraft in its inventory. The school's T-38s fly an average of 1,100 hours per year, providing students with valuable experience evaluating its performance, flying qualities, dynamics, and transonic and supersonic flight characteristics.

Because the T-38C is the school's primary fixed-wing trainer, students are required to receive formal flight training in the aircraft prior to their arrival. In the past, this has been done at the U.S. Air Force's Air Education and Training Command at Randolph Air Force Base in Texas. However, with the COVID-19 pandemic, AETC had to pare back its training commitments to the Navy and its other customers. With a new class of students preparing to arrive in September, USNTPS had to find an alternative — and quickly.

USNTPS turned to its long-standing partner, NASA, for assistance. NASA operates the T-38N variant, which is primarily used for astronaut space flight readiness training. NASA operates a simulator for the T-38N which is used to train basic and emergency procedures as well as crew resource management. After discussing the idea with NASA staff to determine availability and feasibility, the school quickly worked with NASA's training staff to tailor a simulator training program to the school's unique requirements. An inter-agency agreement was quickly drafted and funds were transferred to formalize the training program.

Observing strict travel and quarantine guidelines to ensure protection against exposure to  COVID-19, five Test Pilots Under Instruction (TPUI) — that's the formal name for the students who attend USNTPS — traveled to the Johnson Space Center in Houston, Texas earlier this summer for training in the NASA simulator. The training was conducted by Cmdr. Adam Klein and Cmdr. Dick Clark, both of whom are USNTPS graduates and former USNTPS staff members, and are both NASA flight instructors.

"NASA appreciates its professional partnership with USNTPS, and we recognize the critical importance of pre-arrival training for fixed-wing students," said Klein, a NASA research pilot who also serves his military reserve duty as a flight instructor at USNTPS. "We were happy to assist."

Klein said that although the avionics of NASA's "N" series aircraft differ from the "C" series flown by USNTPS, the fidelity of the simulator's flying qualities and performance were high enough to be an effective trainer for the T-38C. "While the differences between the two series of aircraft might normally be a detriment to the training flow of a fleet pilot, USNTPS is training TPUIs who need to rapidly adapt to new aircraft and interfaces," explained Klein. "By exposing the TPUIs to the T-38N simulator, the students were able to receive the critical T-38 transition training while also receiving a test pilot school primer."

USNTPS commanding officer Lt. Col. Rory Feely praised USNTPS and NASA personnel for transforming a problem into an opportunity, and singled out the school's finance and legal teams, academic and flight instructors, and the maintenance team that keep the school's aircraft flying year-round. "All of them kept pressing the issue in order to achieve success," Feely said. " I give my humble thanks to the teams that find innovative ways to bypass obstacles to success on a daily basis."

The school's partnership with NASA has paid significant dividends over the years. Not only do NASA pilots like Klein fly on the USNTPS staff, but the school recently hosted NASA's WB-57F high-altitude research aircraft when a launch observation mission brought it to the mid-Atlantic region. USNTPS personnel supported NASA and learned how NASA conducts high-altitude research flight in full-pressure suits.  NASA, in turn, provides major maintenance and painting of the USNTPS fleet of T-38C aircraft.

"Partnerships are a significant contributor to the successful operation of USNTPS and allow us to execute operations of this magnitude with about half the personnel strength of a similarly sized military squadron," Feely explained.

USNTPS is one of the busiest squadrons in the U.S. Navy and Marine Corps, executing nearly 4,500 sorties annually. The school flies 44 aircraft and unmanned systems representing 14 different types, models, and series. Some of its aircraft are the longest serving military aircraft in the Department of Defense. The USNTPS team manages aircraft maintenance under Navy, Army, Air Force, and Federal Aviation Administration regulations.