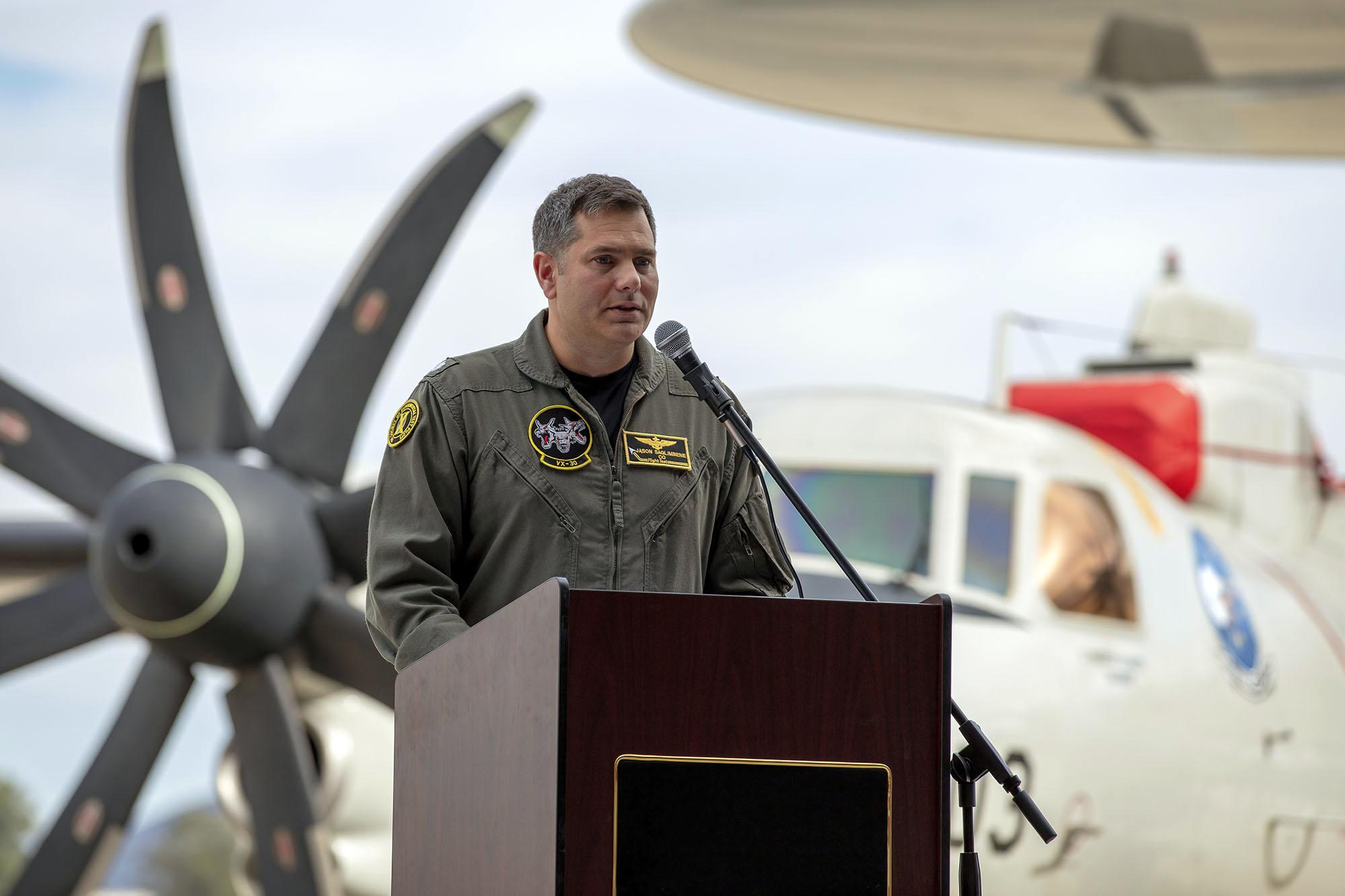 Cmdr. Jason Saglimbene relieved Cmdr. Paul Meyer as commanding officer of the “Bloodhounds” of Air Test and Evaluation Squadron (VX) 30 during a change of command ceremony at Naval Base Ventura County, Point Mugu, California, on Nov. 5.

Due to COVID-19 restrictions on gatherings, the ceremony also streamed live online.

“Without a doubt, the mission and contributions of VX-30, to those who don’t participate in their daily operations, is an enigma,” he said. “That is unfortunate, because I stand here today and tell you that the ability of our nation to project power around the globe would not be possible without the Bloodhounds.”

Bryla noted that the squadron’s unique aircraft and diverse mission set mean that no two days are the same, but the men and women of VX-30 continue to rise to the challenge.

“What impresses me the most is not the hours flown, it’s the dedication the Bloodhounds have shown day in and day out,” he said, crediting Meyer with setting the conditions and command climate that made it all possible.

Meyer, who is moving on to a position with Naval Test Wing Pacific, thanked the squadron for their dedication to ensuring the men and women “at the pointy end of the spear” have the integrated warfighting capabilities they need.

“It’s been an honor to serve with you as the 18th commanding officer of VX-30,” he said.

Saglimbene, now the 19th to lead the squadron, thanked those assembled and watching online. He noted that the ceremony was not what he’d imagined it would be when he first came to the squadron as chief test pilot in May 2019. The scaled-back attendance meant that very few members of the squadron, those most affected by a change of command, could attend in person.

“To the Bloodhounds and to those who cannot be here, I’m so proud and so very humble to be standing here as your commanding officer today,” he said. “I’ll be the first to admit that you don’t end up on a stage like this by your pure merit alone. There’s equal parts luck and all the advice and stewardship you glean from people you’ve touched in the past.”

After thanking mentors and family for their support, Saglimbene made a promise to the Bloodhounds under his command.

“We will continue to provide outstanding test and test support services to our Navy, Marine Corps and joint customers,” he said. “We’re going to leverage our expertise, you’re going to be empowered, and we are going to maintain a cohesive unit in spite of this COVID pandemic.” 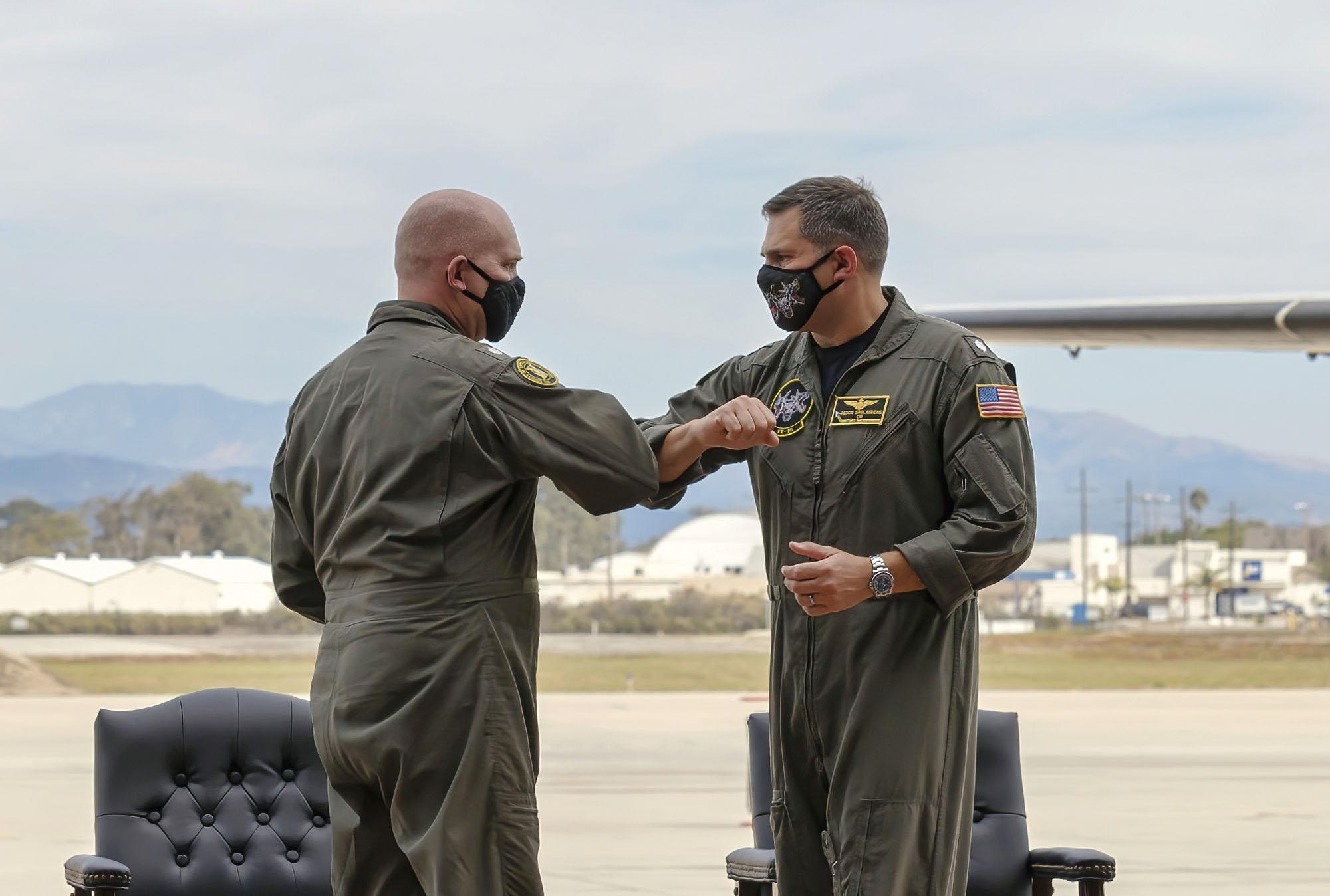