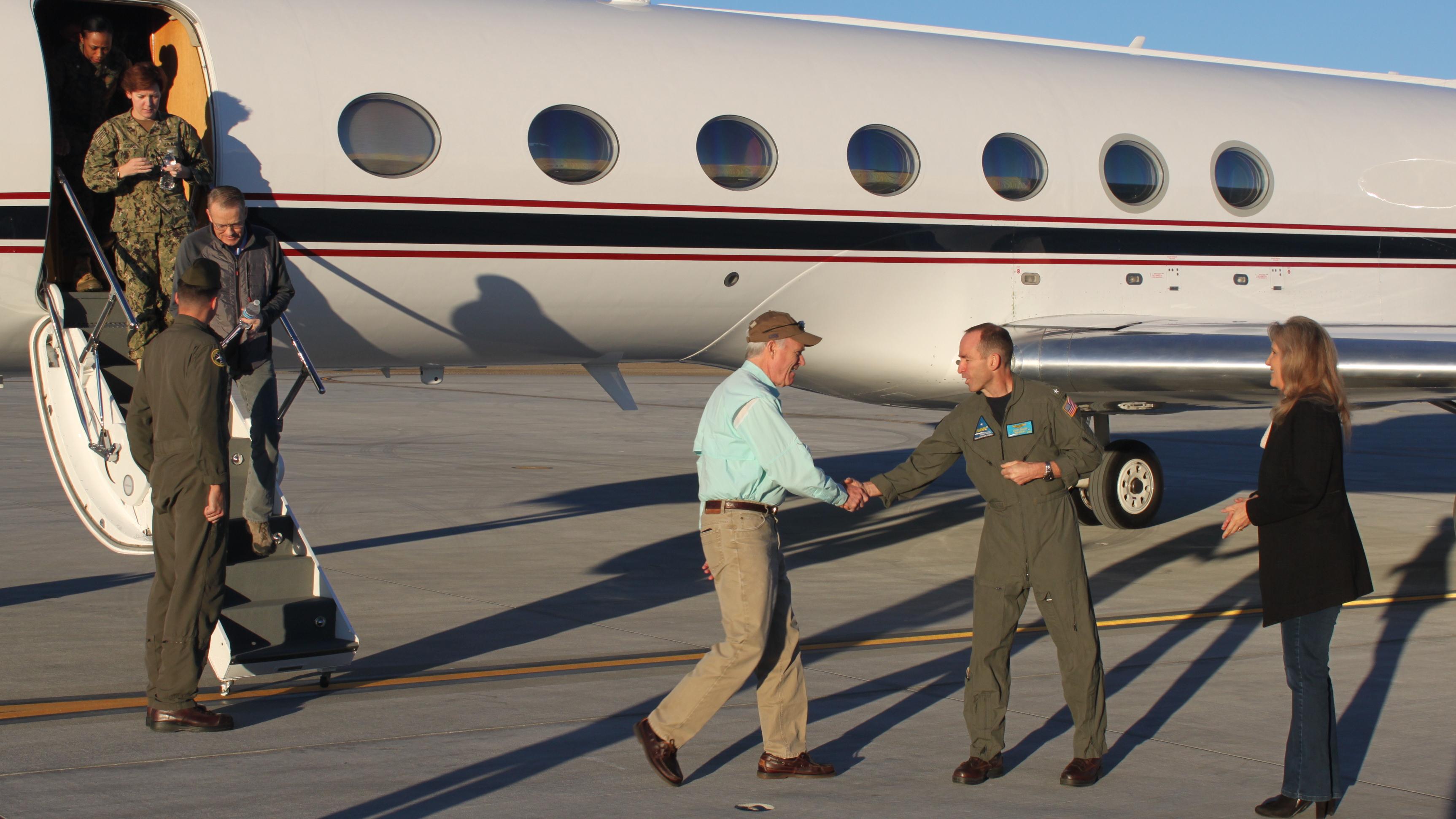 “China Lake is a unique facility for the United States Navy and for DoD in general,” Spencer said. “It’s really impressive how the entire team here at China Lake reacted and responded to the conditions that they faced. They continue to do a spectacular job.”

During his visit, Spencer saw some of the worst damage on station at Hangar 3 and the China Lake Propulsion Laboratories, as well as the All Faith Chapel and the station gym.

Spencer said the recovery approach should be holistic.

“We can say a missile motor is an absolute critical aspect that has to be repaired right now, but if the morale goes down the tubes because the gymnasium isn’t available, I have to balance that,” he said. “You can never focus on one aspect of the model; you have to focus on the whole model.”

"We were honored to host Secretary Spencer for a short but productive visit at China Lake,” Johnson said. “I'm confident he left with a better understanding of the earthquake damage here, and the knowledge that we are moving forward with a sense of urgency to mitigate warfighting impacts." 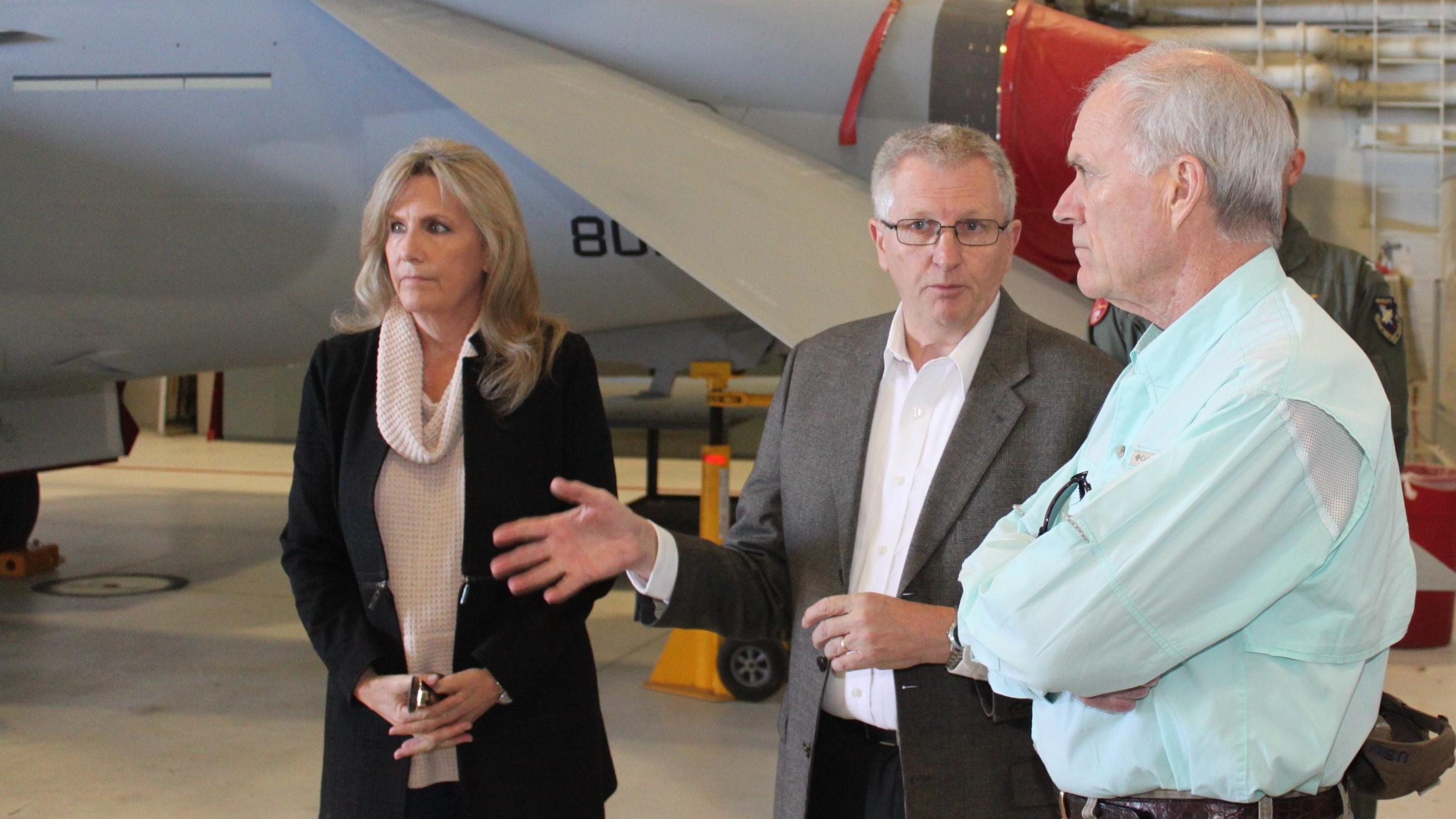 Harlan Kooima, center, Software and Mission Systems Integration Department director, highlights some of the work that goes on in the NAWCWD Advanced Weapons Integration and Interoperability Lab to Secretary of the Navy Richard Spencer during his visit to China Lake on Nov. 17 as NAWCWD Executive Director Joan Johnson looks on. (U.S. Navy photo by Aaron Crutchfield)