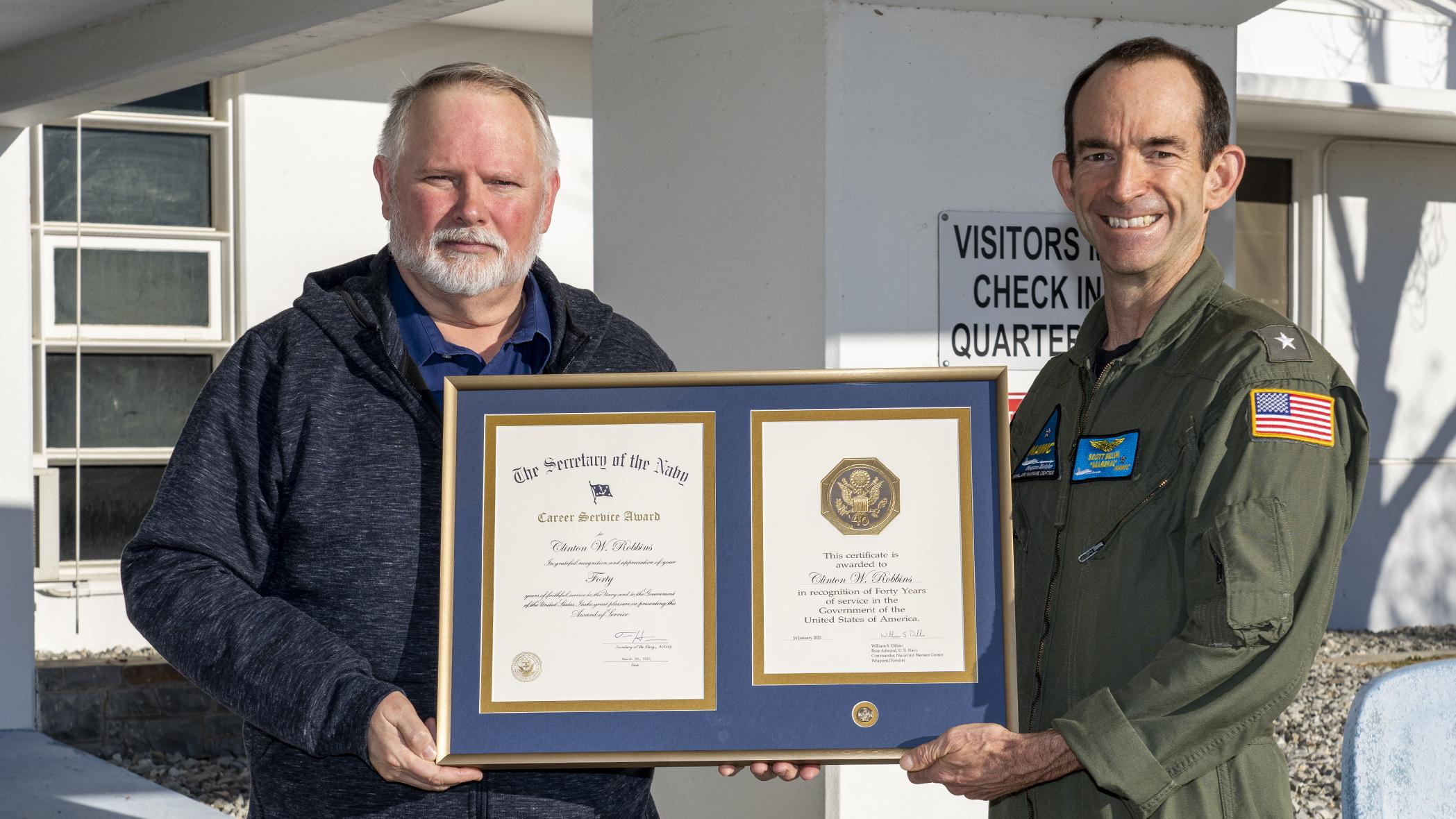 Robbins honored for 40 years of service

Robbins, a native of Walker, California, joined the Air Force in 1981. He served for 21 years, first as a tactical ground radio operator stationed overseas, then returned to the U.S. as a combat crew communications specialist assigned to Strategic Air Command.

His stateside tour was short-lived, as he quickly returned overseas. While stationed with the Air Force Special Operations Command in England, Robbins was a member of the Special Operations Contingency Communications Element. That posting gave him the opportunity to work with other Special Forces units in NATO, and he participated in Operations Desert Shield, Desert Storm, and Provide Comfort, just to name a few.

Robbins joined the federal civilian workforce in 2002 as part of the newly created Transportation Security Administration. He said that, other than “confiscating scissors and nail fails,” he enjoyed and was proud of the support he provided to during response efforts for Hurricanes Katrina and Rita in 2005. Robbins was on teams tasked with reconstituting the affected airports to support evacuations and the flow of humanitarian aid to the region.

After a short stint with the National Training Center and Fort Irwin, Robbins joined the team at Naval Air Warfare Center Weapons Division in China Lake in 2007, where he became the first Spectrum Management Branch Head with oversight of all NAWCWD ranges. His efforts have secured millions of dollar for upgrading and enhancing NAWCWD’s spectrum management and monitoring capabilities.

However, even after 40 years of successes, Robbins gives all credit to the team.

“It’s those who work out on the range who deserve the credit,” he said. “I just make sure they have the resources they need to do their jobs.”