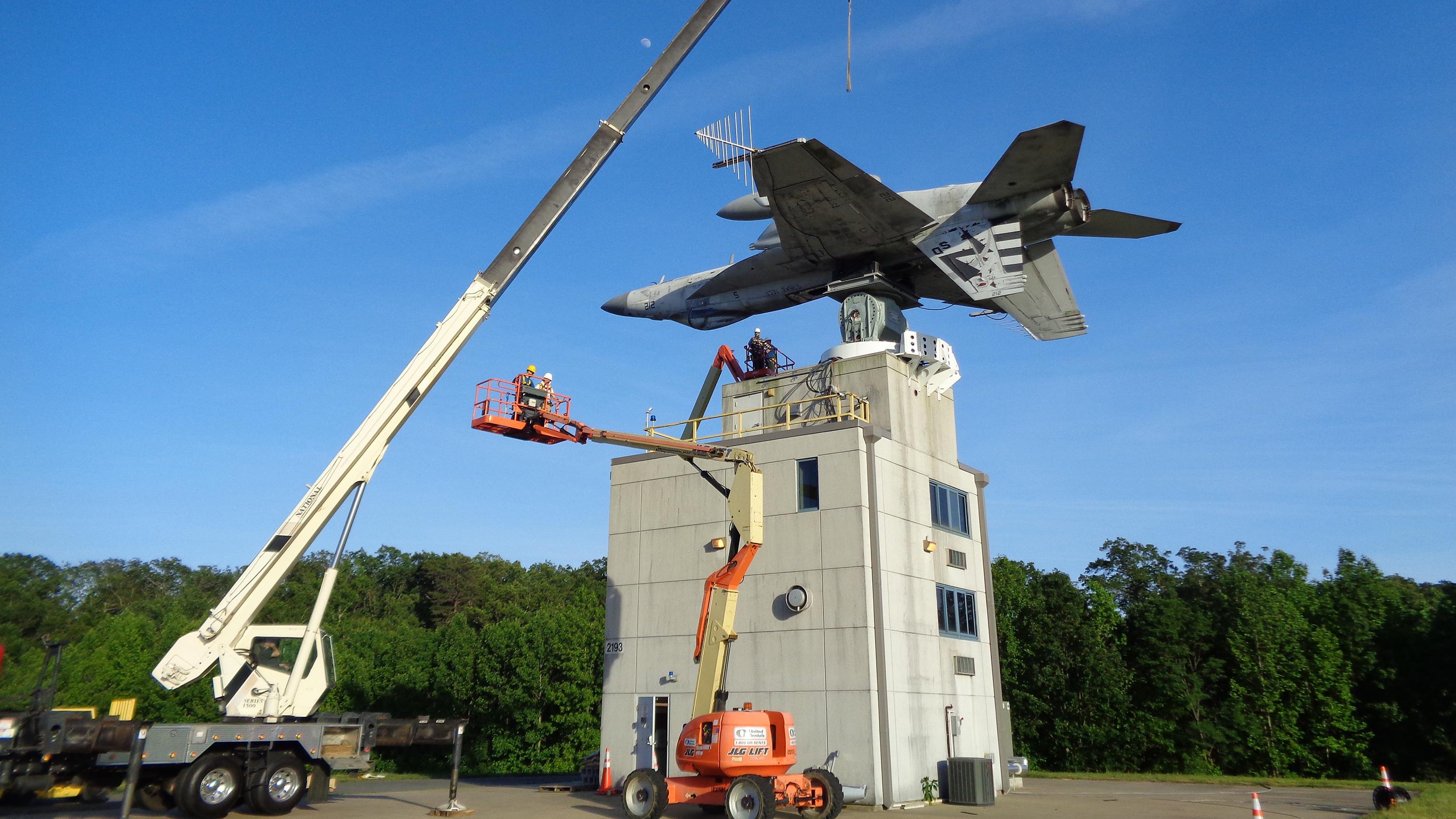 After a quick reassessment, the team held teleconference meetings with Naval Test Wing Atlantic Chief Flight Surgeon, government, and contractor participants to gain consensus on quarantine and test execution requirements. They made the required Center for Disease Control and NAVAIR readjustments and were still able to complete testing with two contractors’ prototype pods at both Air Combat Environmental Test and Evaluation Facility (ACETEF) and the Facility for Antenna and RCS Measurement (FARM) in less than two months.

“Our start was delayed two and a half weeks to comply with a request from one of the contractors to delay testing in order to self-quarantine their personnel,” said Dan Doster, NGJ-LB Assistant Program Manager for Test and Evaluation. “This started a cascading effect that resulted in our test execution days being reduced from 15 to 10 days for the ACETEF test events for each contractor, but the team still managed to stay on schedule.”

Other constraints included a 50 percent reduction in staff at the FARM and ACETEF control rooms.

“The reduction in staffing was a real concern for the FARM team because we were literally one-person deep in several key positions,” said Greg Brannon, FARM lead. “If that one person or anyone on the team became infected and caused the rest of the team to be quarantined, or if the FARM had to be shut down for disinfecting, testing would have come to a halt, and it would have been very difficult, perhaps impossible, to recover.”

Brannon said the team took mitigations to prevent that “doomsday” scenario very seriously. “We were very cautious about who people came in contact with on and off the job and performed daily health screenings for every person that entered the FARM. The mitigations may have been overboard, but they worked.”

He also said the reduction in personnel was in some way a blessing.

“The collaboration efforts of these organizations that spans across the country, have been tremendous,” said PMA-234 Program Manager Capt. Michael Orr, who oversees the NGJ-LB program. “This was an incredible feat and I am extremely proud of the government and industry teams’ ability to adapt and overcome. They all stepped up to make the necessary adjustments needed to complete these simultaneous test events and keep the NGJ-LB program on track to meet our next milestone.”

The 22-month DET contract, awarded to L3Harris and Northrop Grumman Corporation, has been a collaborative effort with the industry partners to assess technical maturity and will conclude later this summer. The U.S. Navy is currently in source selection to choose a Prime contractor to develop the NGJ-LB Capability Block 1 tactical jamming operational prototypes with a contract award anticipated this fall.

NGJ-LB is part of a larger NGJ weapon system that will augment, and ultimately replace the legacy ALQ-99 Tactical Jamming System currently used for Airborne Electronic Attack on the EA-18G Growler aircraft.