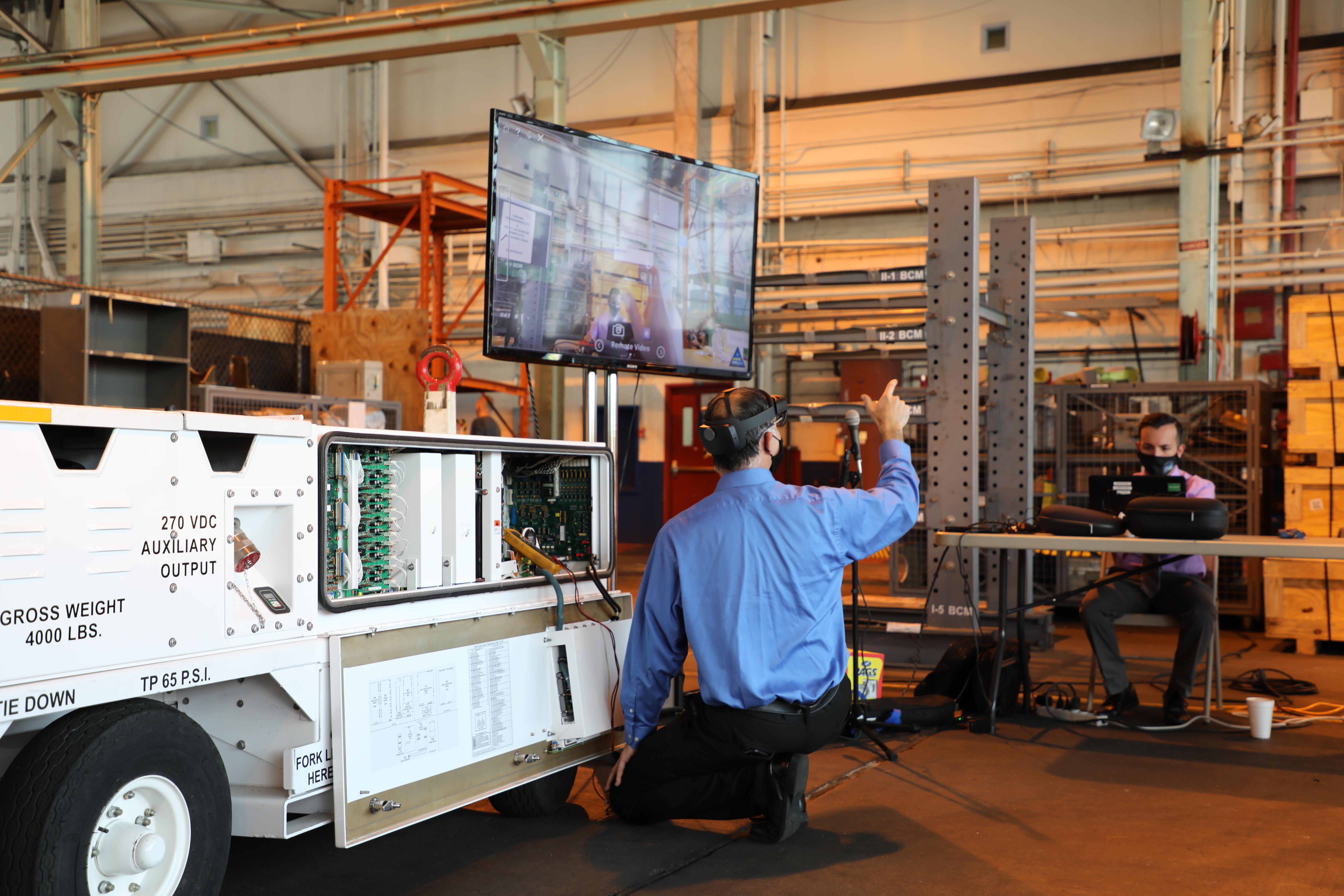 Engineers from the Naval Air Warfare Center Aircraft Division are developing augmented reality headset applications to connect engineers with maintainers across the globe to maintain and repair Navy aircraft and systems.

The technology received the 2020 Department of Defense Maintenance Innovation Challenge Award, and has application both in and outside of the military.

“I am incredibly proud of the innovation and mission focus of our engineers in bringing this ARRMSS technology to life,” said NAWCAD Commander, Rear Adm. John Lemmon. “This level of agility and service to the Fleet will ensure our Navy maintains the readiness and lethality needed by our fighting forces.”

Dubbed the Augmented Reality Remote Maintenance Support Service (ARRMSS), the portable system audibly and visually connects two users from anywhere in the world via an Augmented Reality (AR) headset. The system will enable fleet maintainers to troubleshoot maintenance and repair issues in real-time with distant engineers as if they were in the same room. Engineers can communicate verbally, and use holograms that appear in a maintainer’s view superimposed on the equipment a maintainer is troubleshooting. Users are also able to share photos, documentation and other content.

The system has gone through successful live testing on the East Coast and is being prepared for next steps.

“We’re working to an aggressive developmental schedule – ARRMSS went from proof of concept to working prototype in less than two years, and we’re ready to start beta-testing the product worldwide,” said Aristides Staikos, NAWCAD Lakehurst’s AR Research and Development Engineering lead. “Our ultimate goal is a reduction in aircraft downtime and faster assistance to those that need it.”

Though the headsets are commercially available, the system – a kit that includes the headset, a tablet, and a remote network wireless access point – is unlike anything currently available, as ARRMSS will operate on low-bandwidth networks.

“We purposely designed the tech with the Navy in mind to conserve bandwidth, especially at sea and in other remote environments,” said Staikos.

ARRMSS is expected to be ready for production in 2023, and is also generating interest from the Marine Corps, Air Force and Army for several potential uses in addition to maintenance, repair, and explosive ordinance investigation.