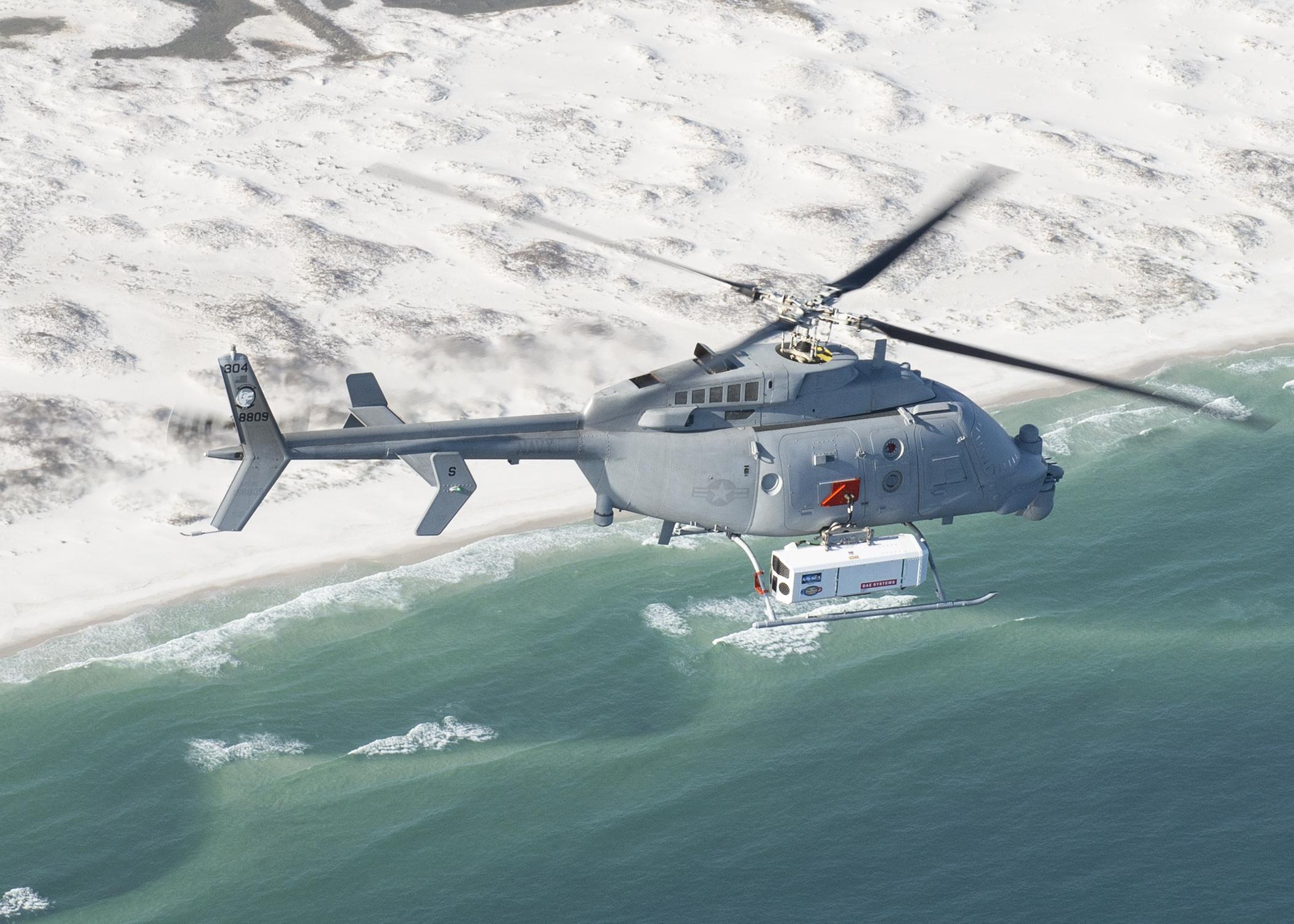 MQ-8C Fire Scout demonstrates a new mine countermeasure (MCM) prototype technology in May 2022 at Eglin Air Force Base, Florida, proving a capability that could allow the warfighter to rapidly detect and respond to threats. (U.S. Navy photo)

The Navy recently demonstrated a mine countermeasure (MCM) prototype technology aboard the MQ-8C Fire Scout UAS at Eglin Air Force Base, Florida, proving a capability that could allow the warfighter to rapidly detect and respond to threats.

The objective of the demonstration was to gather performance data for both the MQ-8C Fire Scout and Single-system Multi-mission Airborne Mine Detection (SMAMD) System to inform future MCM integration efforts.

The team conducted operations from the Naval Surface Warfare Center (NSWC) utilizing drifting, tethered, and moored mines throughout beach zone to deep waters. They gathered data day and night, across all water depths and in mild to difficult weather conditions.

The demonstration also proved the reliable and repeatable high performance of the MQ-8C Fire Scout. The air vehicle handled the dual podded system with ease, being the first MCM capability flown on the MQ-8C as well as the heaviest payload carried to date. Fire Scout successfully operated in restricted and unrestricted air space alongside other aircraft platforms.

The SMAMD System, developed by BAE Systems under a Future Naval Capability (FNC) Program sponsored by the Office of Naval Research (ONR), is an airborne optical sensor suite that, in a single pass, detects and localizes mines and obstacles on land and at sea. With a low false-alarm rate, SMAMD provides real-time detection sent via data link enabling warfighters to respond much quicker to threats than the current MCM technologies allow as post-mission analysis is required.

“The AIRWorks SMAMD Team was proud to be a part of demonstrating a future naval capability which provides real-time threat detection to the warfighter,” said AIRWorks’ project lead Kristina Hewitt-Thompson. “Through this effort, we were able to assist in risk reduction and provide critical data for future integration.”

Throughout the project, the team facilitated execution of a complex demonstration including airworthiness and cyber certifications, design, fabrication and hardware integration along with flying qualities testing prior to the final demonstration at Eglin, she said. They assured close coordination between the U.S. Air Force, ONR, NAVAIR, NAVSEA and other stakeholder organizations to successfully achieve their objectives in less than 24 months and at a reduced cost. 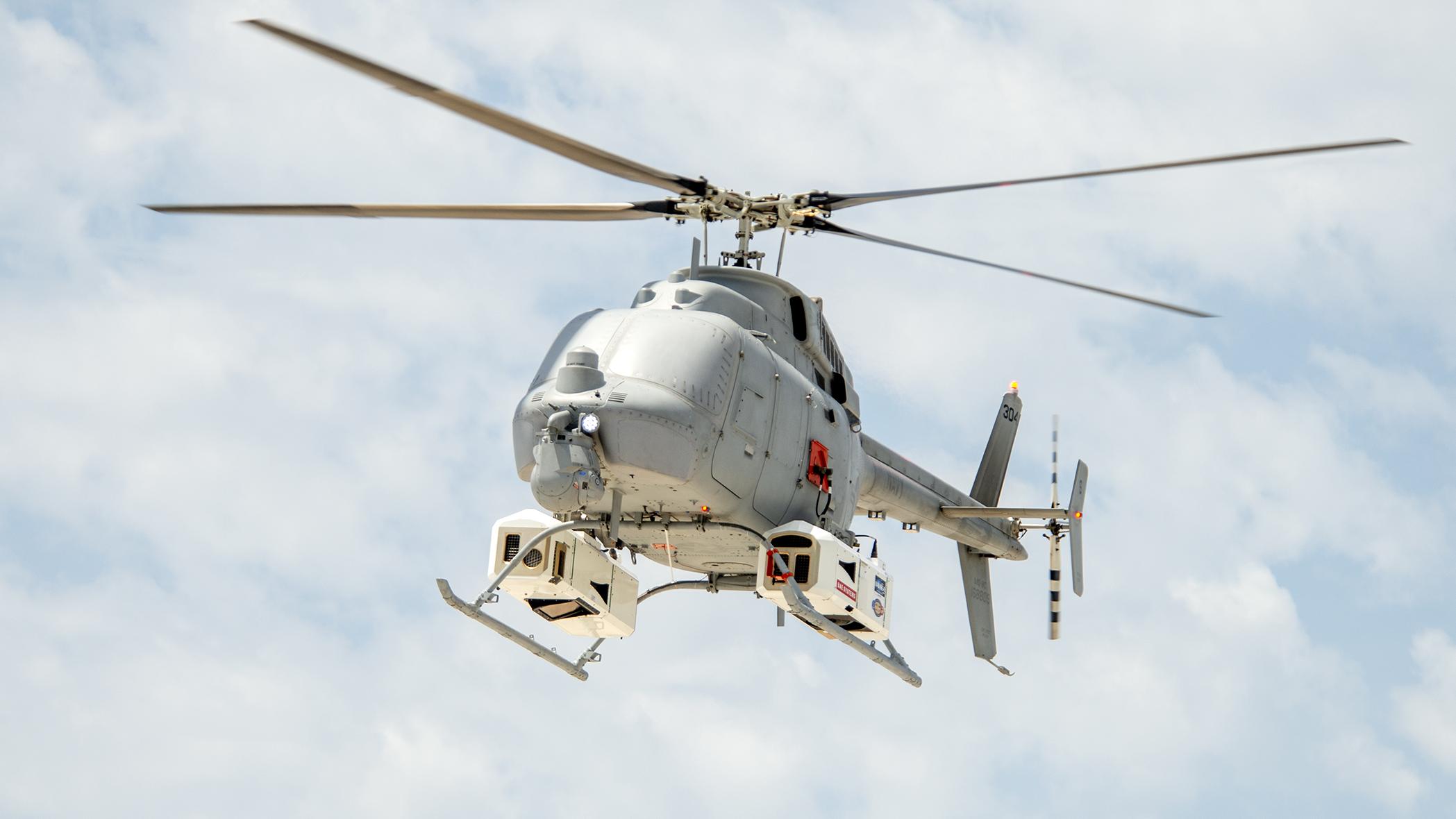