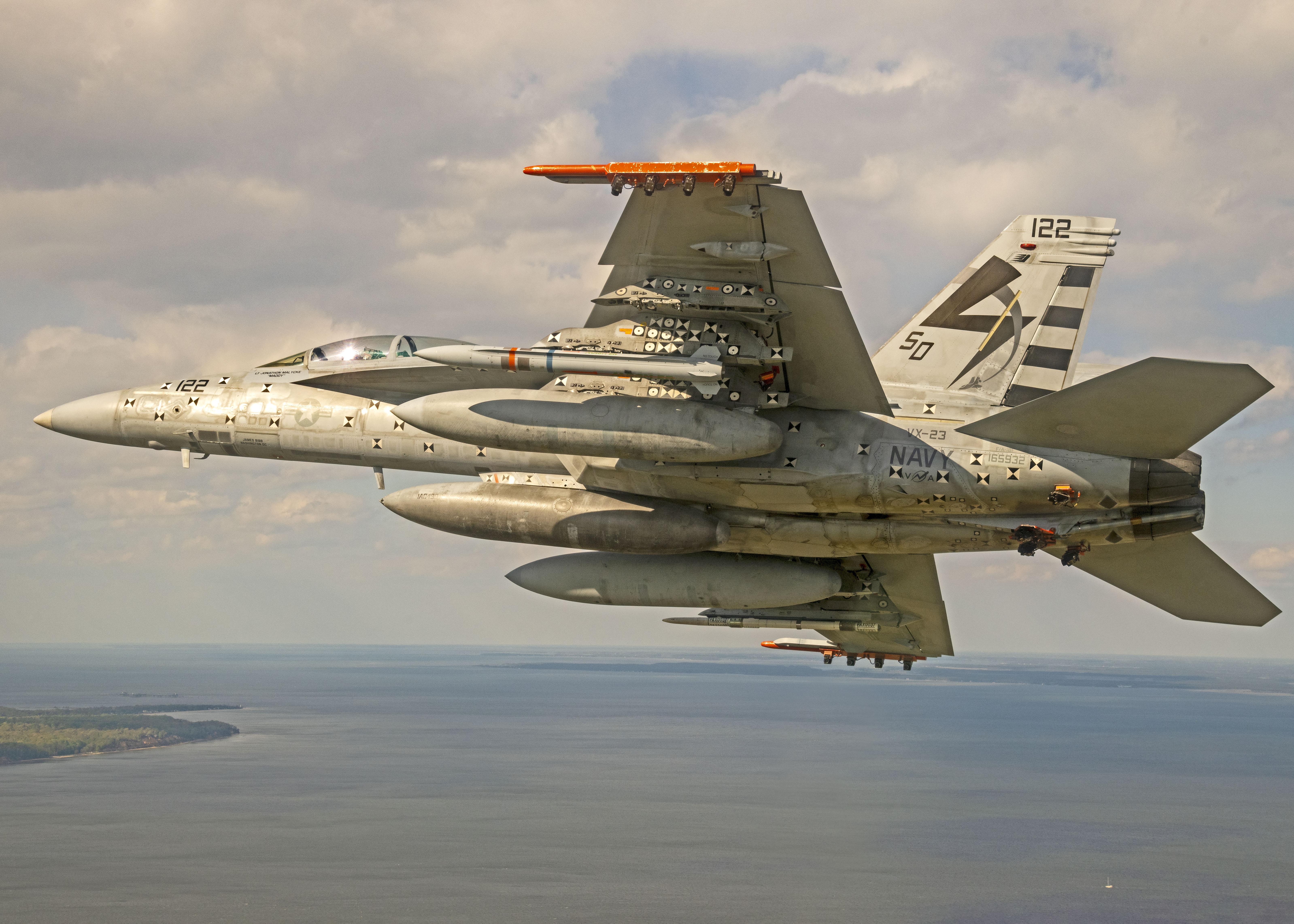 An F/A-18 flies with an Advanced Anti-Radiation Guided Missile – Extended Range (AARGM-ER) during a captive carry flight test at Patuxent River Air Station in Maryland.  The Navy is integrating AARGM-ER on the F/A-18E/F and EA-18G, and will be compatible for integration of the F-35.  (U.S. Navy photo)

The AARGM-ER was launched from an F/A-18 Super Hornet and met all planned test objectives.

The live fire test validated the overall system integration, performance of the rocket motor and the start of modeling and simulation validation. This was the first in a series of development test events that will ensure AARGM-ER can meet required objectives.

“While this event serves as a validation of this hard work, it more importantly gets us one-step closer to making our fleet more lethal,” said Felipe Jauregui, Anti-Radiation Missile Technical Project Office at Naval Air Warfare Center Weapons Division in China Lake, California. “Our engineering and test teams have worked tirelessly with their counterparts across the enterprise and government teams.”

“This firing was a significant milestone for the program as we get ready to enter Low Rate Initial Production (LRIP),” added Keli Olea, PMA-242 AARGM-ER Co-Lead. The program is expected to enter LRIP this summer,  which will support future deployment of the AARGM-ER to the fleet and initial operating capability.

The Navy is integrating AARGM-ER on the F/A-18E/F and EA-18G, and it will be compatible for integration on the F-35.  By leveraging the U.S. Navy’s AARGM program, currently in Full Rate Production, the AARGM-ER with a new rocket motor and warhead will provide advanced capability to detect and engage enemy air defense systems.