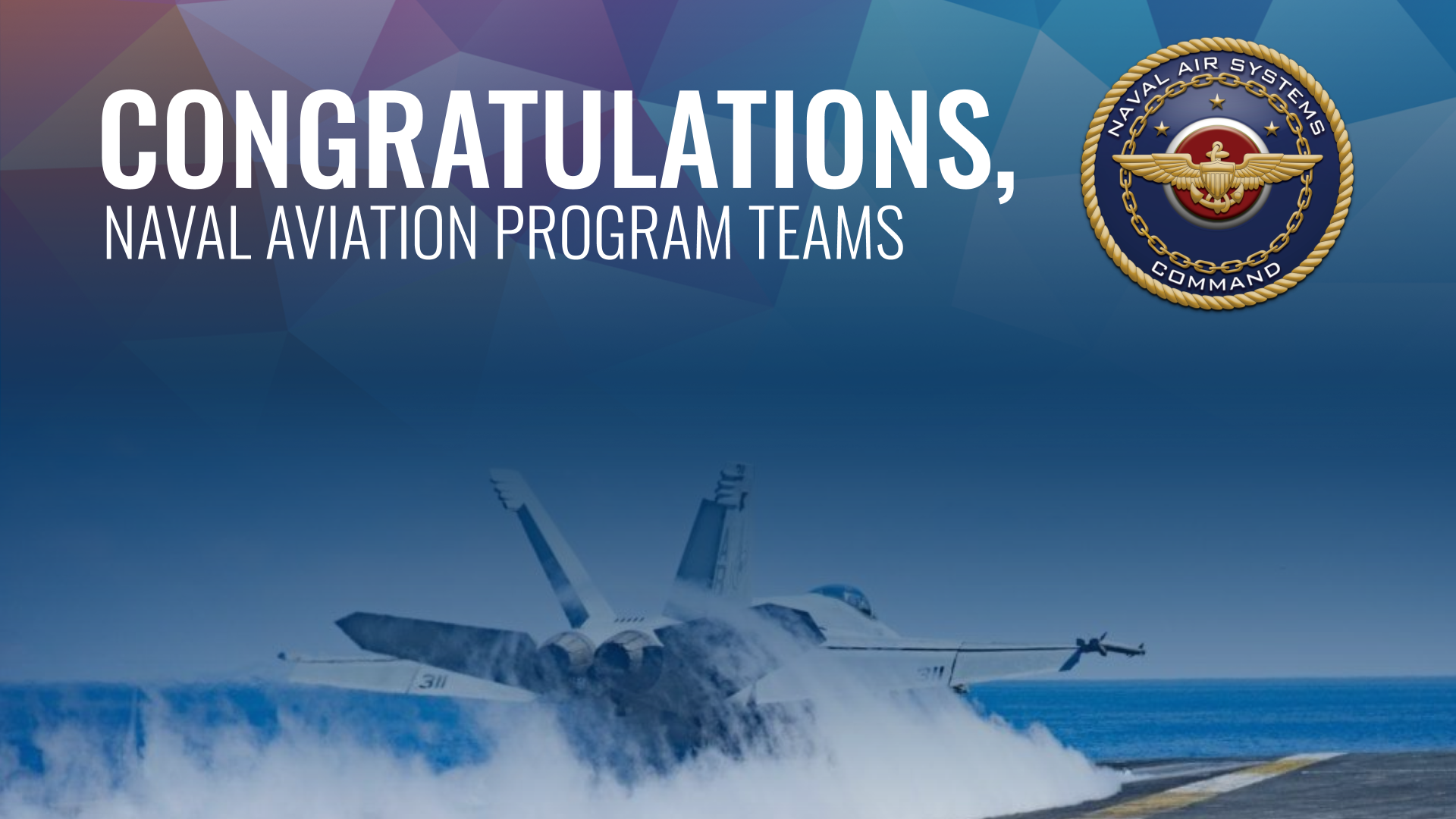 Four naval aviation program teams were recognized as winners of the 2020 Assistant Secretary of the Navy (Research, Development and Acquisition) Acquisition Excellence Awards at a virtual ceremony Nov. 5.

Four naval aviation program teams were recognized as winners of the 2020 Assistant Secretary of the Navy (Research, Development and Acquisition) Acquisition Excellence Awards at a virtual ceremony Nov. 5.

“There are plenty of challenges ahead, and the competitive environment will be intense and dynamic,” said Assistant Secretary of the Navy James Geurts, addressing the winners. “I cannot think of a better team I would like to have lined up. I couldn’t be more proud of the way you have focused on the mission, reached out and delivered for sailors and Marines. We have a lot of hard work ahead of us.”

The following four naval aviation program teams were recognized in the below categories:

PMA-259’s International Programs Team is charged with constant accountability and supervision of 103 foreign military sales cases, valued at $2.6 billion, for 34 countries and two NATO organizations. Its mission is to foster continuous, long-term international relationships between the U.S. government and international partner countries through air-to-air and surface-to-air missiles, such as AIM-9X (Block I and Block II/II+ Sidewinder), AIM-9L/M (Legacy Sidewinder) and AIM/RIM-7 (Sparrow). From acquisition to sustainment to final sundown support of programs of record, the team ensures warfighter missile equipment preparedness and readiness and fosters strong international partnerships for the government.

“The entire International Programs Team has worked tirelessly to maintain relationships with our international partners,” Teeney said. “From sustaining current relations to building new ones, the team has been efficient and punctual when communicating with other countries and is proud to accept this award.”

The Navy and Marine Corps Small Tactical Unmanned Aircraft Systems (UAS) Tactical Resupply Unmanned Aircraft Systems (TRUAS) team excelled in competition excellence by executing a successful NAVAIR rapid acquisition prize challenge fly-off. The 10-person team used the prize challenge to organize, plan and execute a rapid acquisition effort, bringing a critical resupply capability to the fleet 12 months faster than planned. The prize challenge format attracted non-traditional vendors, motivated industry and mitigated the risk to the government, while maximizing the information gathering potential in a limited amount of time and funding. The TRUAS team displayed exceptional depth and range of coordination across services and organizations. The team provided a high level of direction and oversight to non-traditional contractors, resulting in cost and schedule savings, because of effective acquisition strategy and planning.

Christina Petrow, PMA-263 small ULS-A IPT lead, accepted the award on behalf of her team, explaining how they were able to stay in sync despite being dispersed across the country. Geurts praised the team for their innovation. “You doubled down, delivered great results and a lot of learning for the rest of us,” he said.

The LRASM team, created by the Under Secretary of Defense for Acquisition, Technology and Logistics, satisfied an urgent need for a generational leap in offensive anti-surface warfare capability. Developed and deployed to meet urgent operational requirements from the U.S. Pacific Fleet and U.S. Indo-Pacific Command, LRASM exceeded all expectations. Starting out as a Defense Advanced Research Project Agency (DARPA) demonstration project, the Navy teamed with DARPA, the Air Force and industry to lead the first U.S. Navy DoDI 5000.02 Model 4 accelerated acquisition program. Incorporating cutting-edge technologies and streamlined acquisition processes, the LRASM team achieved early operational capability fielding in 2019 on the Navy’s F/A-18 Super Hornet, 10 months ahead of threshold schedule, and on the Air Force’s B-1 Bomber, 11 months ahead of schedule, in 2018.

“I know the fleet is really excited to have options they didn’t have before,” Geurts said.

Faced with a production gap and associated cost, schedule and supplier base risks, the NAVAIR Procurement Group partnered with the program office (PMA-280) and the NAVAIR Cost and Analysis Dept. to find an innovative solution for executing Full-Rate Production Lots 16 and 17 in 50% of the predicted cycle time, while also reducing procurement costs by $39 million. To achieve this, they formed the Tactical Tomahawk Block V Accelerated Production team, which identified and implemented an innovative approach to proposal analysis and negotiation that ultimately resulted in significant procurement cycle time reductions, immediate cost savings, increased access to prime contractor data and a foundation for future procurement streamlining and sustained savings for the organization.

“We are extremely grateful to be recognized,” said team lead Phillip Ramon. “Our goal was to expedite securing a fair and reasonable price. I see this as the beginning building block for doing business. The team worked diligently to break the mold and  find a more efficient and effective way to do business, which resulted in a reduced contract cycle time.”

Geurts said the team did an outstanding job. “This is awesome work, not only in the immediate result, but in paving the way for where we want to go, using data as a tool.”

These annual awards recognize individuals and teams who have made outstanding contributions in promoting competition and innovation throughout the acquisition lifecycle for Navy and Marines Corps programs throughout the fiscal year.