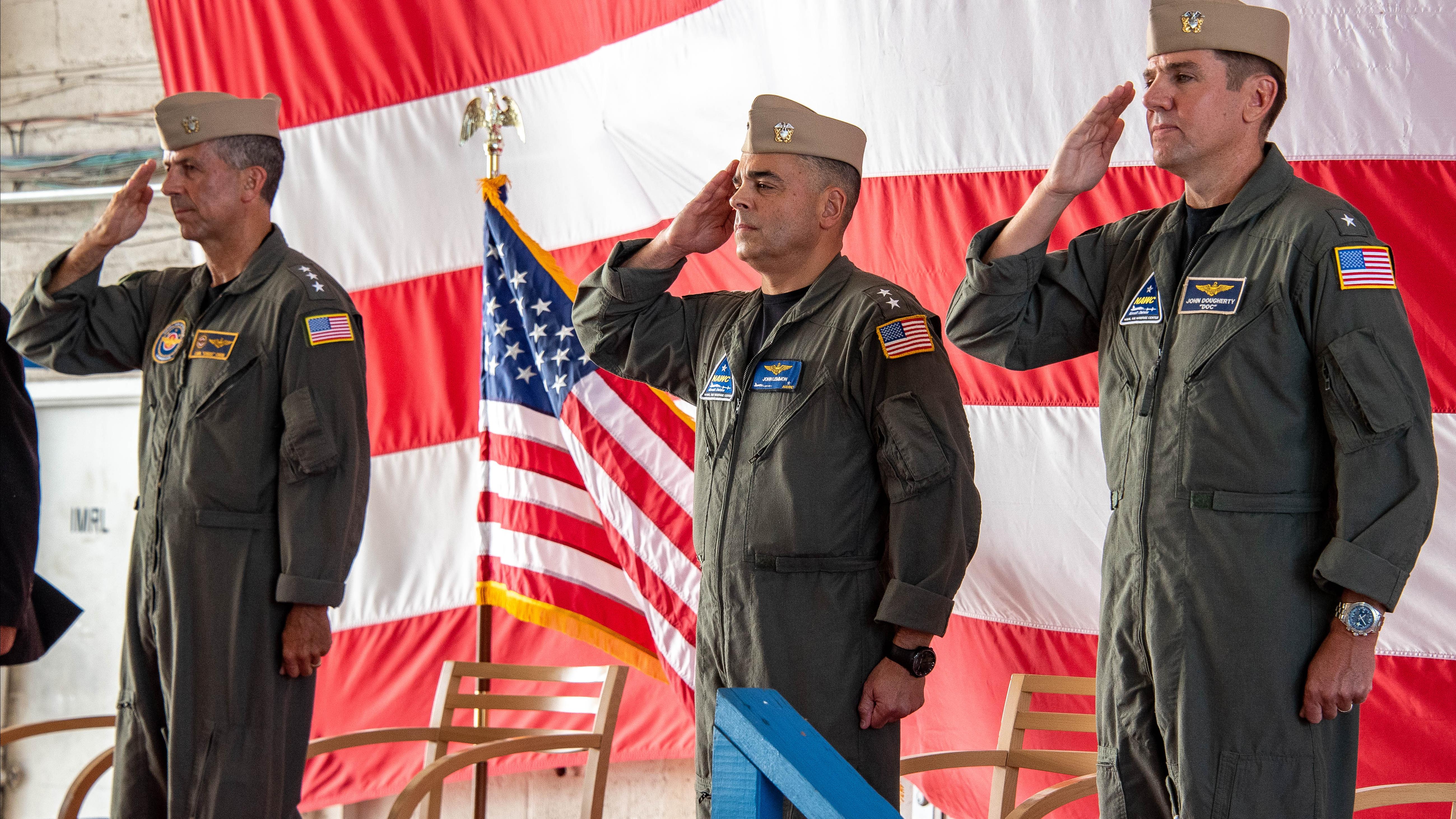 “NAWCAD sets the standard in delivering naval aviation the capability our fleet needs to win at a cost we can afford,” said Chebi. “This command’s hard earned successes are [Lemmon’s] legacy, and there is no one more qualified than Rear Adm. Dougherty to take over.”

Dougherty previously served as program manager for the Next Generation Air Dominance Program Office (PMA-230), established in 2020 to develop the next evolution of the Navy’s carrier-based power projection capabilities.

“We are in a great power competition and the outcome of that fight depends on this team,” said Dougherty. “Our Navy is the world’s most lethal because of our people – I am honored to stand with you in this fight.”

The Pennsylvania native and F/A-18 pilot also served as program manager for the Navy’s Precision Strike Weapons Program (PMA-201). Dougherty had various operational tours in Afghanistan, flew with Strike Fighter Squadrons (VFA) 147 and 125, and accumulated more than 1,200 flight hours in the F/A-18C with over 300 carrier landings. Dougherty earned a bachelor’s degree in political science from the United States Naval Academy, and a master’s degree in business administration and systems engineering from the Naval Postgraduate School.

“There is no way to summarize four years leading a command of more than 10,000 strong across three different locations,” said Lemmon. “So I’ll share what I’m most proud of: our shared resilience delivering warfighting capability effects and readiness on time and at an affordable cost.”

Lemmon assumed command of NAWCAD in September 2018, and led the warfare center through the COVID-19 pandemic and the command’s largest reorganization in more than 30 years. The Illinois native and E-2 Hawkeye pilot previously served as program manager for both the E-2/C-2 Airborne Tactical Data System Program (PMA-231) and the Air Warfare Mission Area; from the Air Program Office (PMA-298) among other acquisition roles. Over his career, Lemmon completed various operational tours, including commanding Task Group 67.8 in Africa and Air Test and Evaluation Squadron (VX) 20 ashore, accumulating more than 3,400 flight hours with over 300 carrier landings. Lemmon earned a bachelor’s degree from the United States Naval Academy, a master’s degree in systems engineering from the Naval Post Graduate School, and is a graduate from the U.S. Naval Test Pilot School.

Lemmon was recently promoted to rear admiral (upper half) and moves on to lead the Program Executive Office for Tactical Aircraft Programs.

The Naval Air Warfare Center Aircraft Division employs more than 17,000 military, civilian and contract personnel. It operates test ranges, laboratories and aircraft in support of test, evaluation, research, development and sustainment of everything flown by the Navy and Marine Corps. Based in Patuxent River, Maryland, the command also has major sites in St. Inigoes, Maryland, Lakehurst, New Jersey, and Orlando, Florida.