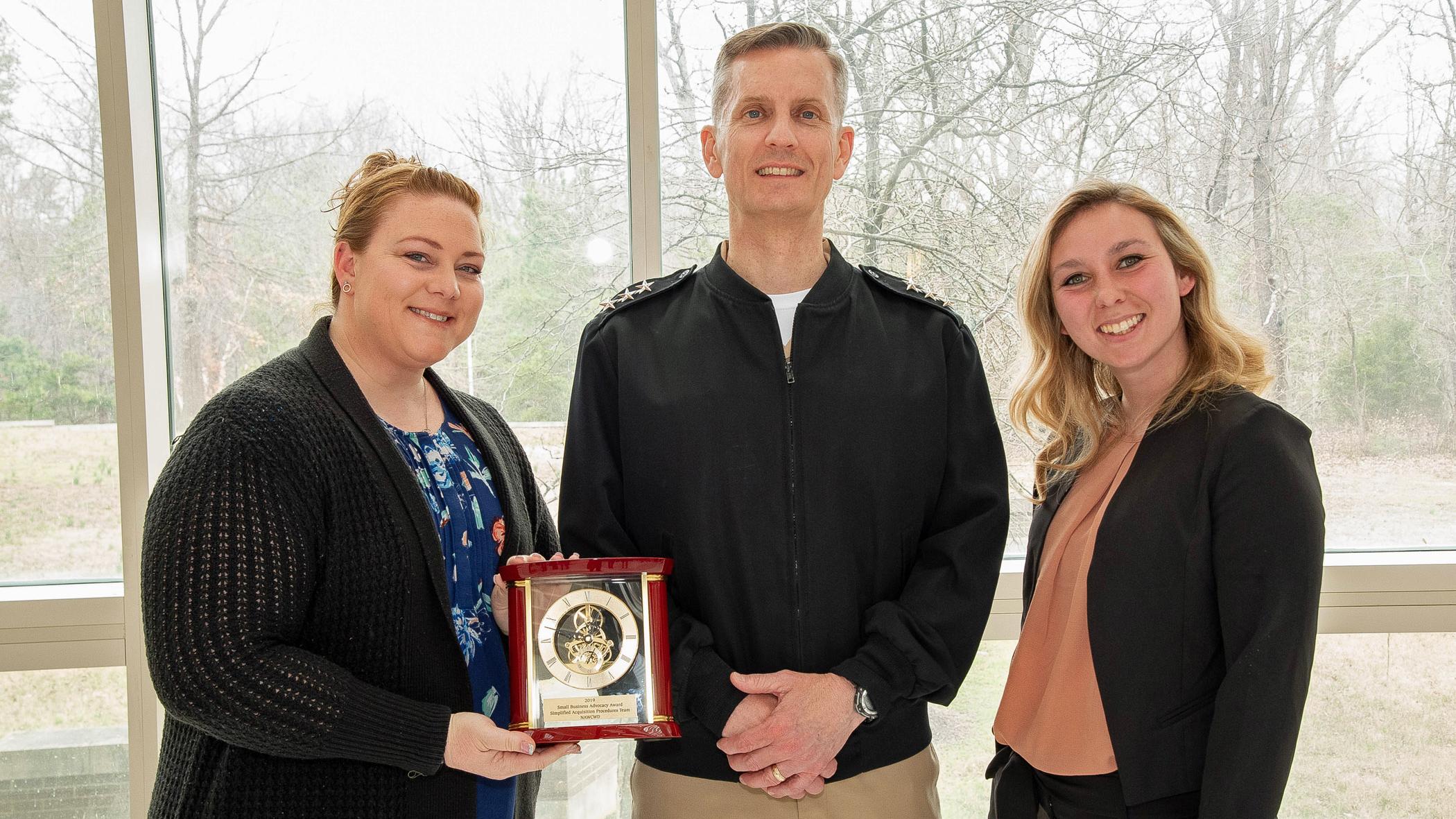 CRuD and SAP were among nine individuals and teams honored during the ceremony. The team leads traveled to Maryland to accept the awards, while the remainder of the teams joined in via teleconference from China Lake.

CRuD’s Shred-Ex team disposed of 96,100 pounds of sensitive paper at China Lake – including Personally Identifiable Information, Controlled Unclassified Information and For Official Use Only paperwork and optical media – and 53,659 pounds at Point Mugu.

Following the earthquakes on July 4 and 5, 2019, CRuD disposed of more than $11 million worth of damaged goods during the initial cleanup efforts.

SAP, meanwhile, was key in NAWCWD achieving a record $302 million in contractual obligations to small businesses in 2019.

SAP supports all NAWCWD simplified procurements – small purchases below $250,000 that have fewer hurdles to clear. In 2019, SAP increased the money spent with small businesses by 50.4 percent.

SAP also conducted outreach programs to “requirement owners” in NAWCWD, which, along with the good performance of the small businesses has begun a culture shift away from hesitation to use small businesses.

After the national ceremony concluded, Rear Adm. Scott Dillon, NAWCWD commander, told the teams in attendance at China Lake that the award process for the Commander’s Awards was one of the most rigorous at a high level that he had seen, with a lot of scrutiny to ensure the right teams win.

“It’s a very difficult award to be recognized for, and really something to be proud of,” Dillon said. “Pat yourselves on the back, because these awards are not easy to come by.” 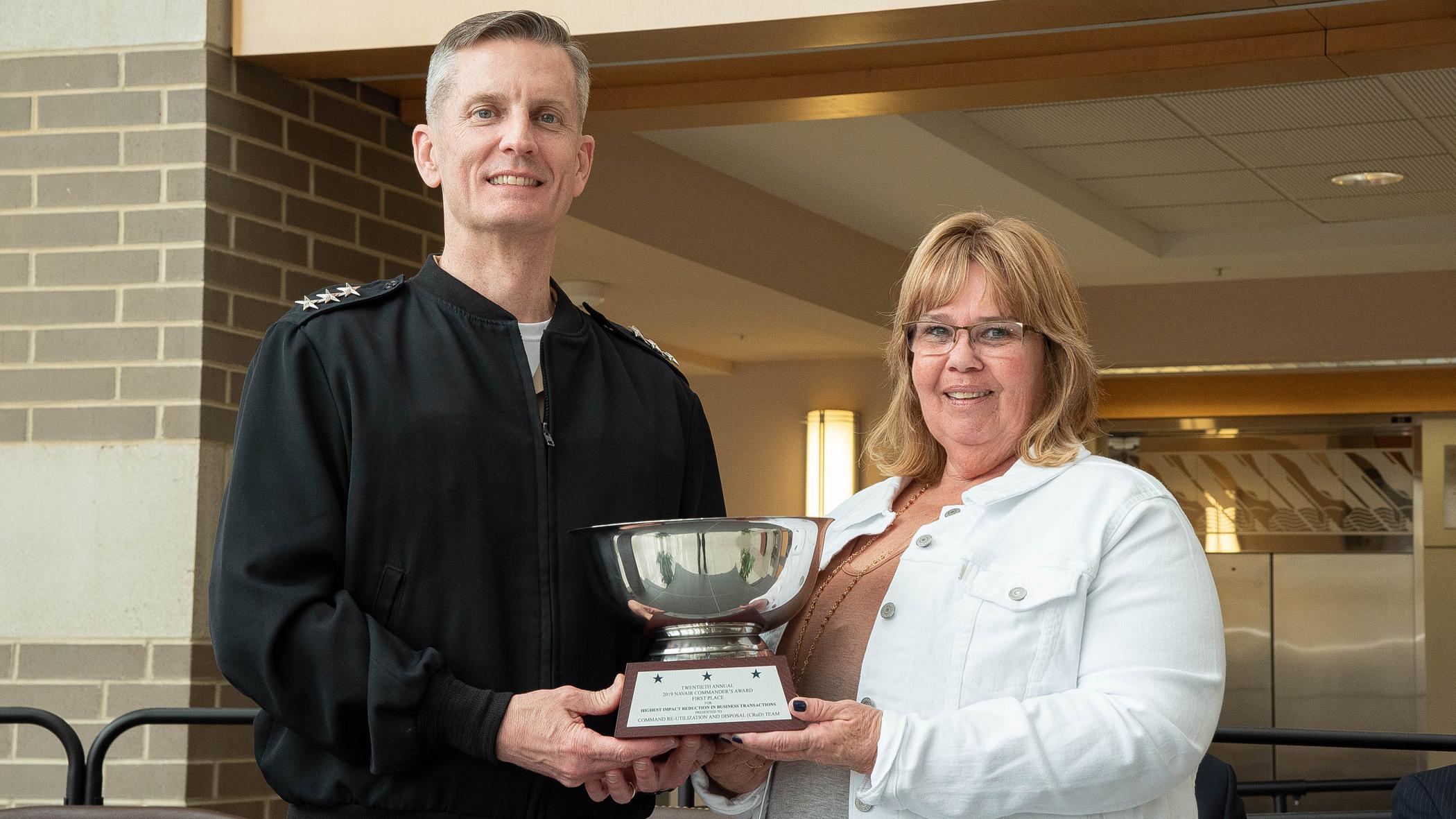