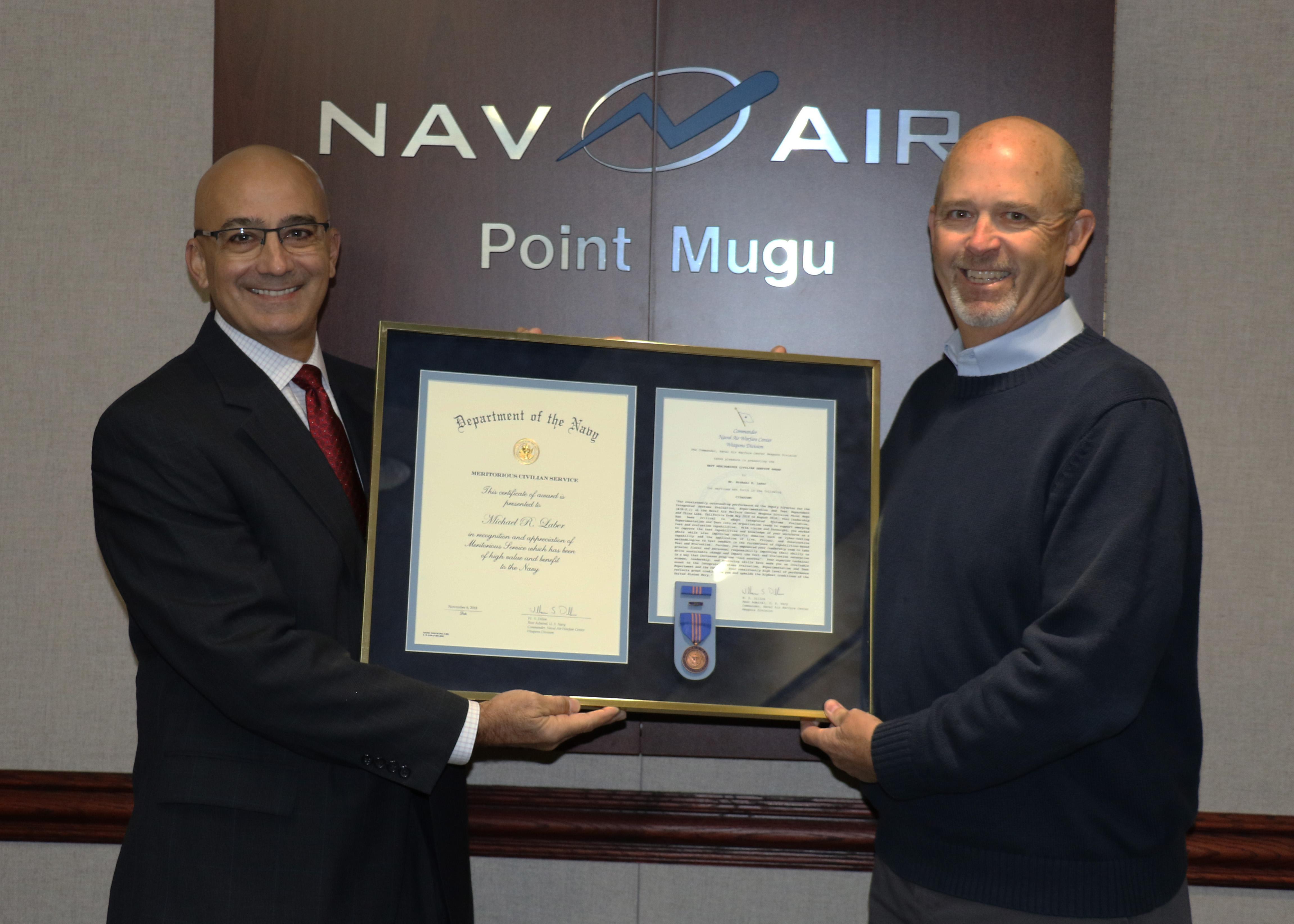 Laber, now serving as the Point Mugu Sea Range director, spent 25 years working in the Integrated Systems Engineering, Evaluation and Test Department, also known as 5.1, serving as the deputy director before leaving for the PMSR position in August.

“I’m the only guy I know that started 33 years ago and got a 25-year pin,” Laber joked. Although he began with ISEET as a mathematician with the Pacific Missile Test Center Point Mugu in 1985, Laber left government service in 1997 before returning to ISEET in 2005. He has served ISEET as a flight test engineer for Harpoon and Standoff Land-Attack Missile programs, led the Strike Warfare T&E branch, was the technical director for Naval Test Wing Pacific, and then was the NAWCWD Range Support Aircraft lead before taking the deputy director position.

Laber’s citation notes that “With vision and foresight, you worked to improve the test capabilities and knowledge of your workforce as a whole while also improving specific domains such as cyber-testing capability and the application of Live, Virtual and Constructive methodologies.”

“During the past five years, the footprint of 5.1 at NAWCD has almost doubled,” said Pat Schuett, acting ISEET director. “This is in large part because of Mike's leadership and guidance, identifying a demand for flight test professionals, and then executing a hiring/training strategy.  In doing so, he has positioned the command to provide the technical expertise our customers require in order to safely and effectively execute test events.”

For Laber, the award was both a surprise – “I had no idea what I was getting into today” – and an honor, noting that both the work and his coworkers made his time in ISEET fun and rewarding.

“As young engineers and flight test officers we were doing some pretty amazing flight test events and working directly with fairly senior engineers in industry. Getting the opportunity to fly in Navy tactical aircraft and being aboard Navy ships were dreams come true,” he said. “Becoming a SME for the Harpoon and SLAM/SLAM-ER weapon systems was also very cool, as we were involved in real-world planning exercises and directly training the fleet users on how to use these new weapon systems.”