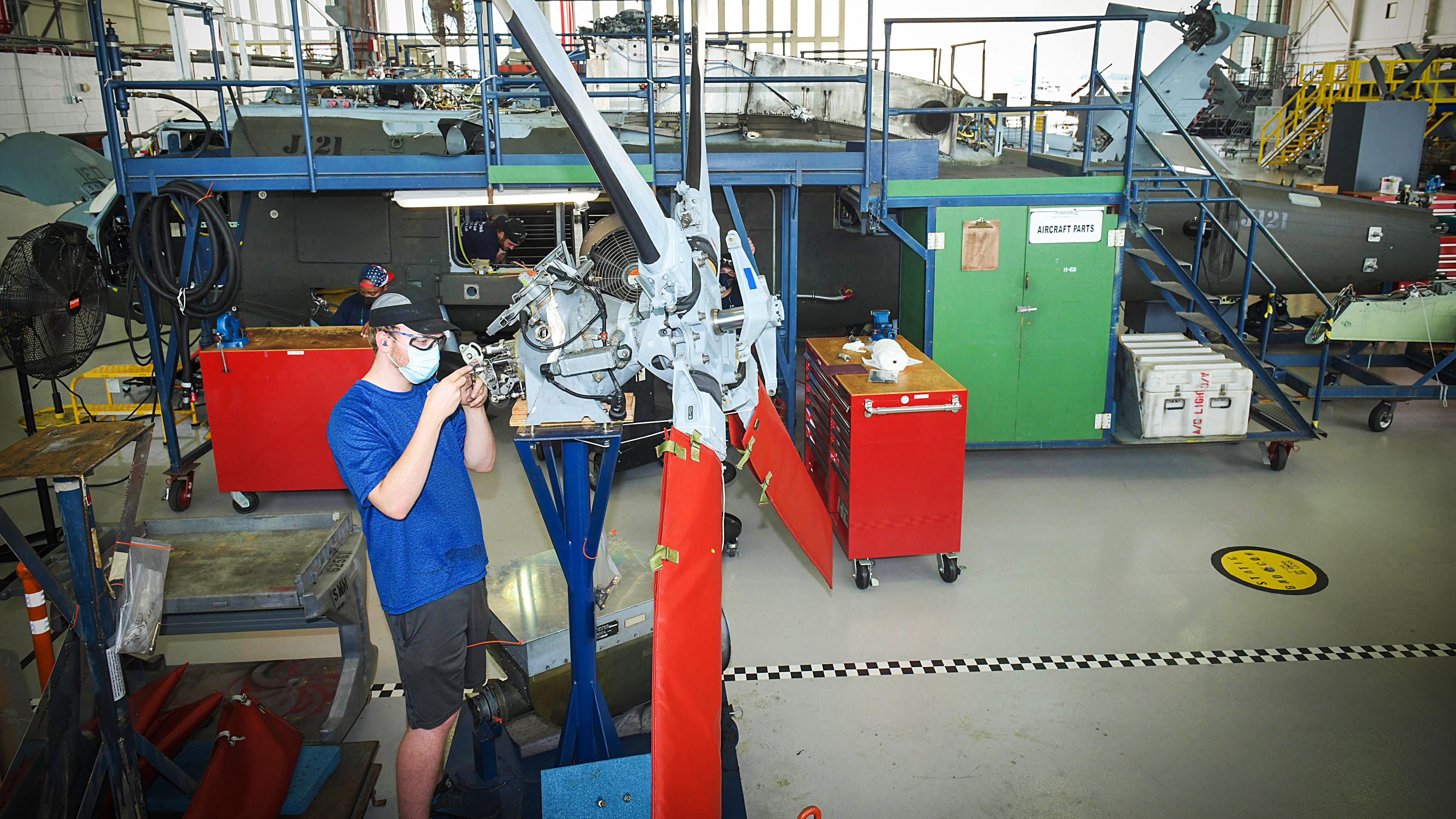 "The Vertical Lift team has truly persevered," said FRCSE's Commanding Officer, Capt. Grady Duffey. "Through the on-going pandemic and other hurdles related to space constraints, our team quickly adapted to the new goals, utilizing the pillars of NSS and knocked it out of the park. Their dedication to the mission is evident by their efforts to meet the Navy's need for these aircraft."

On the heels of significantly reduced turnaround times (TAT) at FRCSE for the T-6 and F/A-18E/F aircraft, on August 19, the VL team completed a Planned Maintenance Interval-2N (PMI-2N), an in-depth inspection and maintenance event, on an MH-60R aircraft after just 135 days, a reduction in the overall TAT of 26 days.

Though the first H-60 with the reduced TAT was completed at Naval Air Station Jacksonville, the requirement was also met at FRCSE’s VL production line at Naval Station Mayport where the first aircraft crossed the finish line on August 26, just seven short days later.

In early April 2021, the VL team was tasked by Naval Air Systems Command (NAVAIR) to reduce the turnaround time for PMI repairs because of an increased need to return H-60s to the Fleet faster.

"The mandate for turnaround times for PMI events came from the NAVAIR Commander and applied to all H-60 production lines across the Fleet Readiness Centers," said Bruce Mobley, FRCSE's Vertical Lift Production Line Director. "The TAT was previously set at 142 calendar days for a PMI-1N and 161 for a PMI-2N, but were changed to 120 and 135, respectively. We achieved those new requirements with the delivery of both aircraft."

The team clearly focused on NSS tenants to meet this initiative designed to maximize workforce productivity by focusing on people, parts and processes.

Concepts like utilizing a production control center (PCC), a designated space where experts from all areas of aircraft support meet to address concerns and track progress, helped streamline communications - a pillar of NSS.

"Collaborative teamwork, positive attitudes, focus and communication have been the driving factors behind Vertical Lift's success," Mobley said. "The team has excellent chemistry and camaraderie. Everyone pulls their weight when faced with new challenges, starting with management and filtering down to production floor specialists. Our success is a true testament of our dedication to the mission despite challenges."

During the two daily meetings in the PCC, the team proposed and followed up on Wildly Important Goals (WIGs), which pushed urgency and challenged traditional modes of thinking. The production team achieved timely, top-quality depot-level maintenance under cost by implementing quick and visible changes that addressed barriers and incorporated resolutions.

"All future H-60 PMI events will require the reduction in turnaround time," Mobley said. "And FRCSE is currently leading that effort. We are also looking to deliver four additional aircraft shortly, which is a big deal for our artisans. I am really proud of all we've accomplished."

The MH-60 is a multi-mission helicopter deployed by the Navy in 2006. It is primarily used for anti-submarine and anti-surface warfare, but is also used to perform a wide range of missions, including search and rescue, logistics support, communications, humanitarian relief, medical evacuations, personnel transport and more. 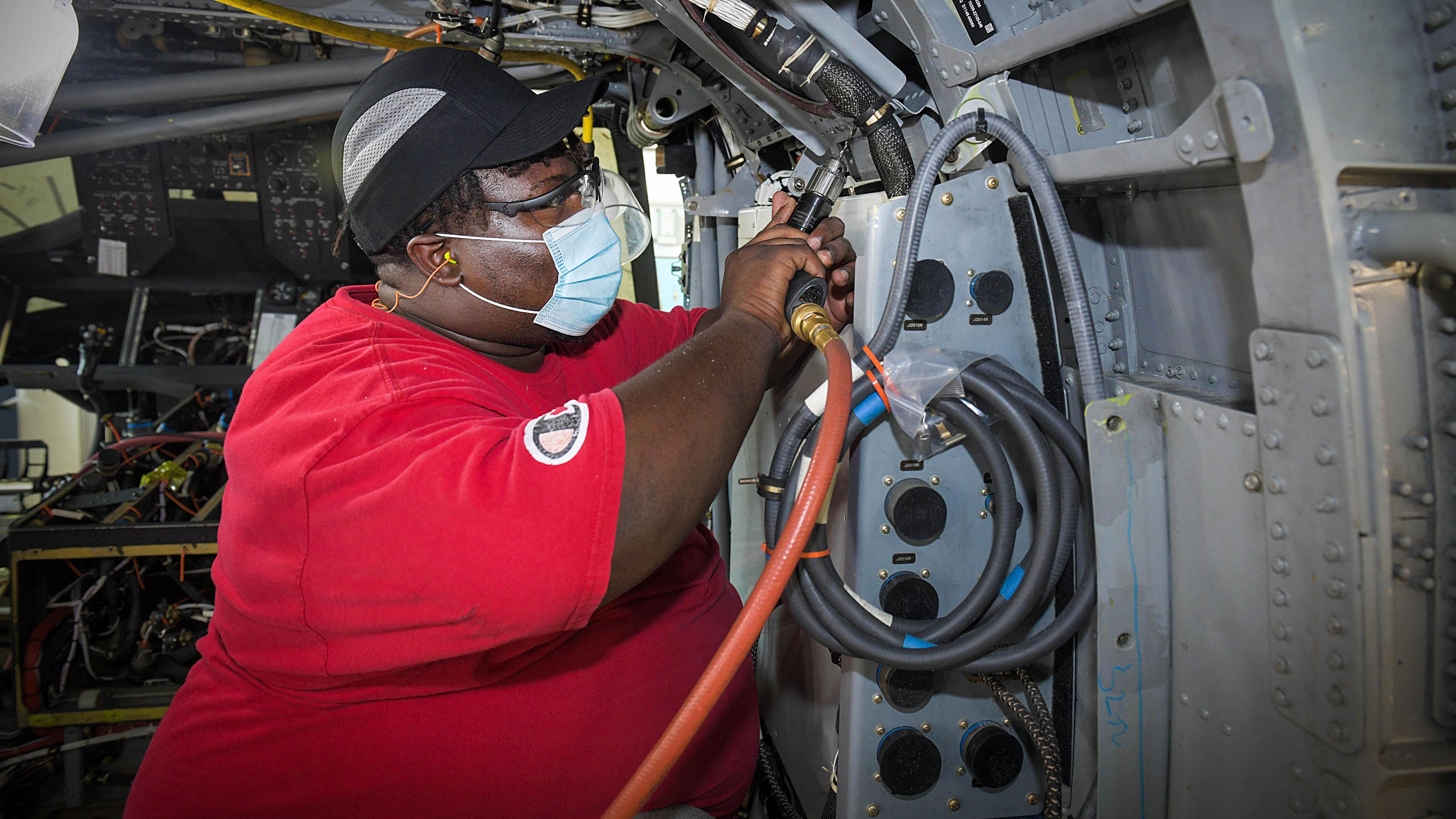 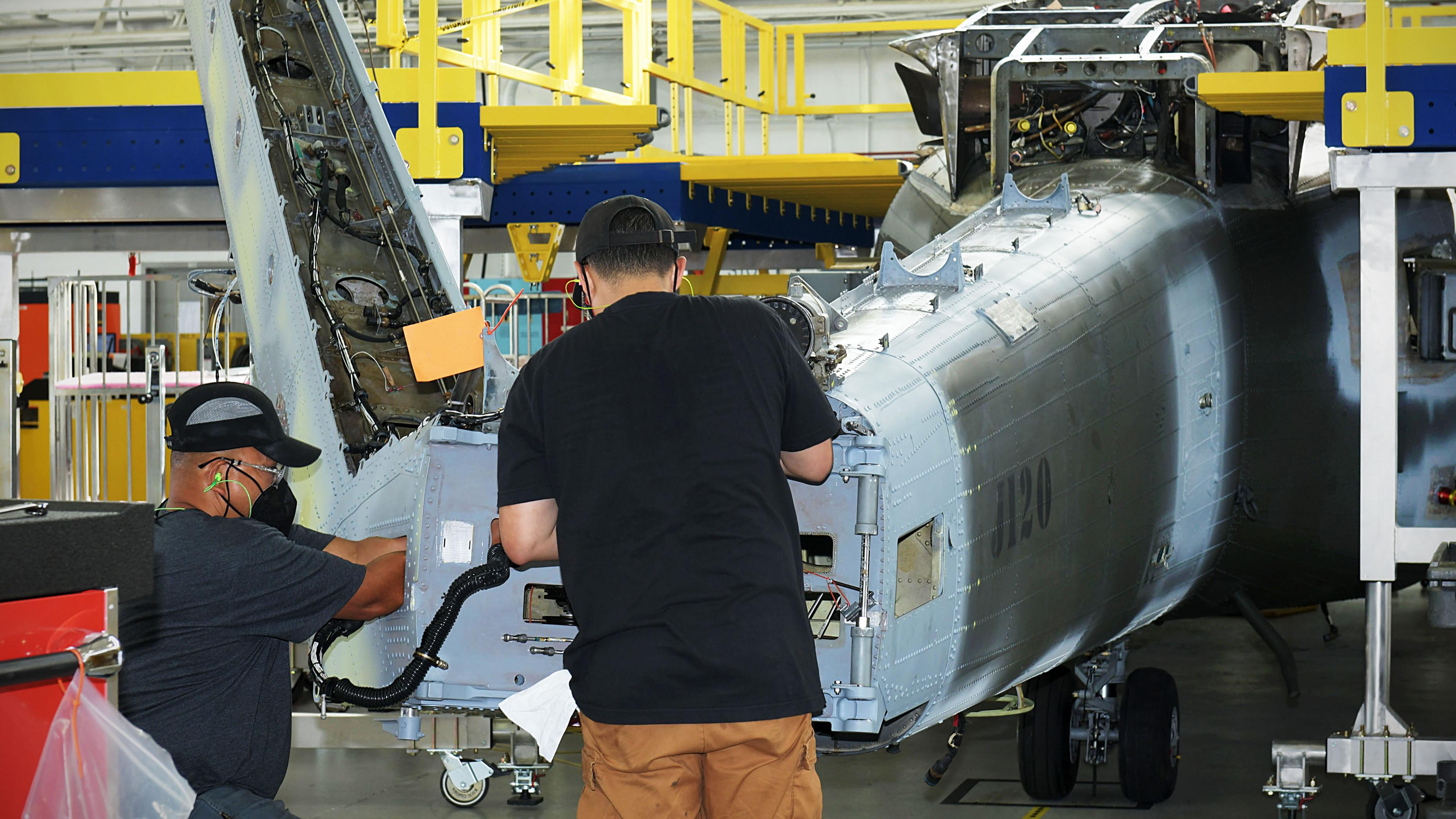