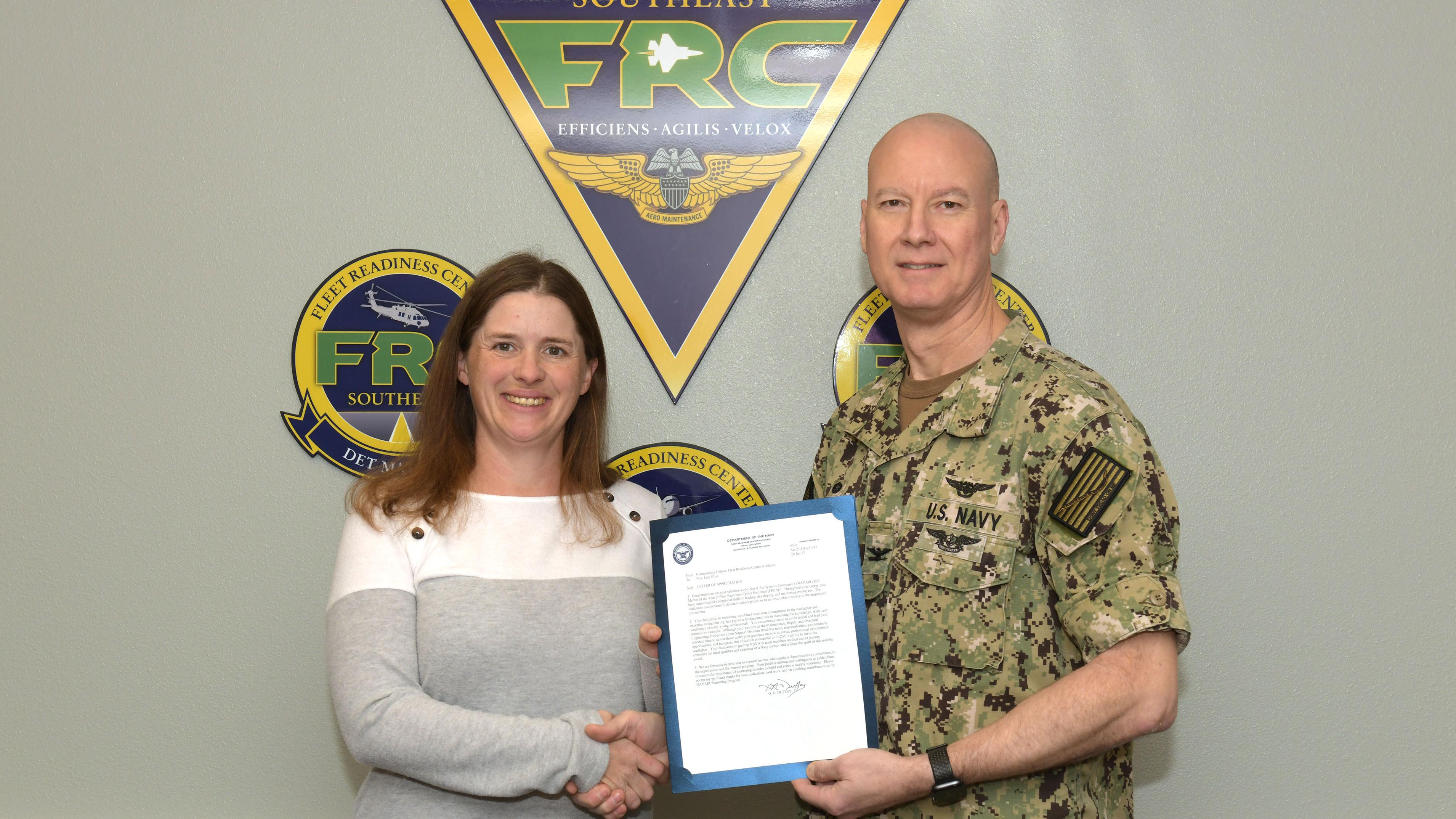 Both awards come with their fair share of prestige. Earning either recognition means recipients take their place among the best mentors within the Naval Aviation Enterprise.

June Bliss received the NAVAIR National Mentor of the Year Award for FRCSE, and Kami Carter and David Anderson took the Dora Quinlan Mentor award -- but what’s most interesting about all three winners is that they don’t just embody the best of mentorship, but they all learned from the best.

“This award has extra meaning to me since my passion for mentoring first started by seeing the examples set by Wes and Dora Quinlan at FRCSE,” said June Bliss, FRCSE’s MRO Engineering Production Lines Support Division Head. “Wes was one of my first mentors, and his wife, Dora, was recognized across the depot for her willingness to help anyone.”

Though each recipient is from different disciplines, they share a common attribute - each knew Dora and Wes, and acquired many of their most guiding principles in mentorship from them - proving that the fruits of mentorship truly last a lifetime.

“Wes was great at helping new employees acclimate and build relationships within the shops,” Bliss continued. “Dora was known to be accessible, kind, and insightful to others throughout her career. Both were incredible models for mentoring at FRCSE.”

It’s been six years since Dora passed, but her legacy lives on not just through the name of the award but also through the actions of those she inspired. The evidence of that is clear each year when NAVAIR and FRCSE select winners, but this year the gifts of mentorship have indeed come full circle.

“Having known Dora before she passed, I’m blown away to be given an award in her name,” said David Anderson, Senior Aerospace Engineer. “Dora’s husband, Wes, was my first mentor when I began my career as an engineer, and I met Dora for the first time outside of work. Throughout her diagnosis and battle with cancer, it was clear from the outpouring of love and support just how positive her influence was on this organization. I’m honored to be awarded the Dora Quinlan Mentor Award, and I hope to continue to carry the torch of her legacy for future mentors. Without Wes and Dora, I wouldn’t be the person or engineer I am today.”

Mentors must be nominated by their peers or mentee through a written submission to earn either award. The submissions must identify how the mentor improves morale and workforce retention and represents leadership, dexterity and productivity. The best mentors are skilled at aligning their impact and techniques to the mission of Naval aviation.

“Being a mentor has allowed me to build a stronger network within the command and helped me develop essential skills like communication and active listening, which make me a better team lead,” said Kami Carter, FRCSE’s Industrial and Chemical Operations Team Lead. “I encourage all those in the command who can participate in the mentoring program, as a mentor or mentee, to do so.”

All recipients accepted their honors at a small presentation onsite at FRCSE due to COVID-19 restrictions. 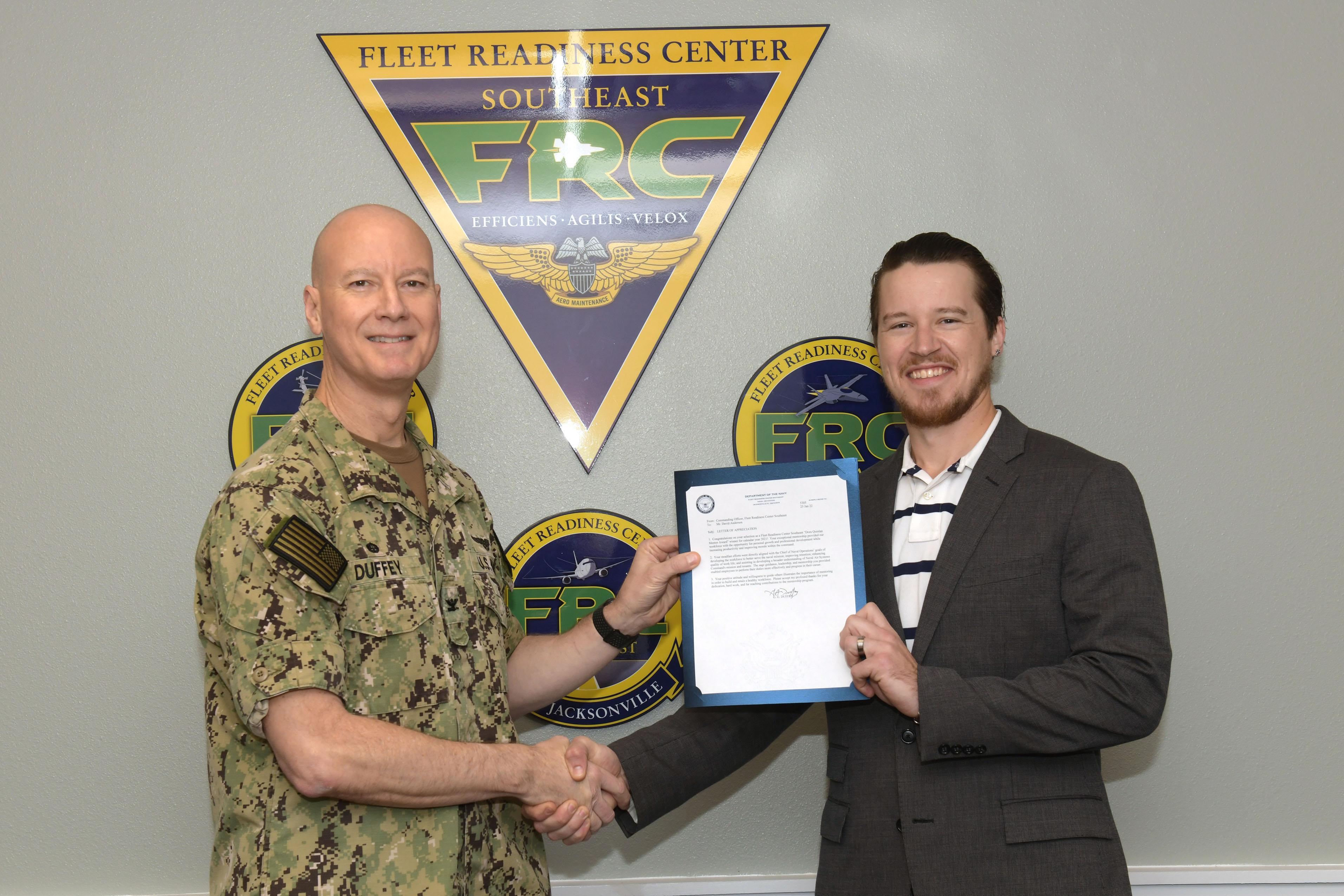 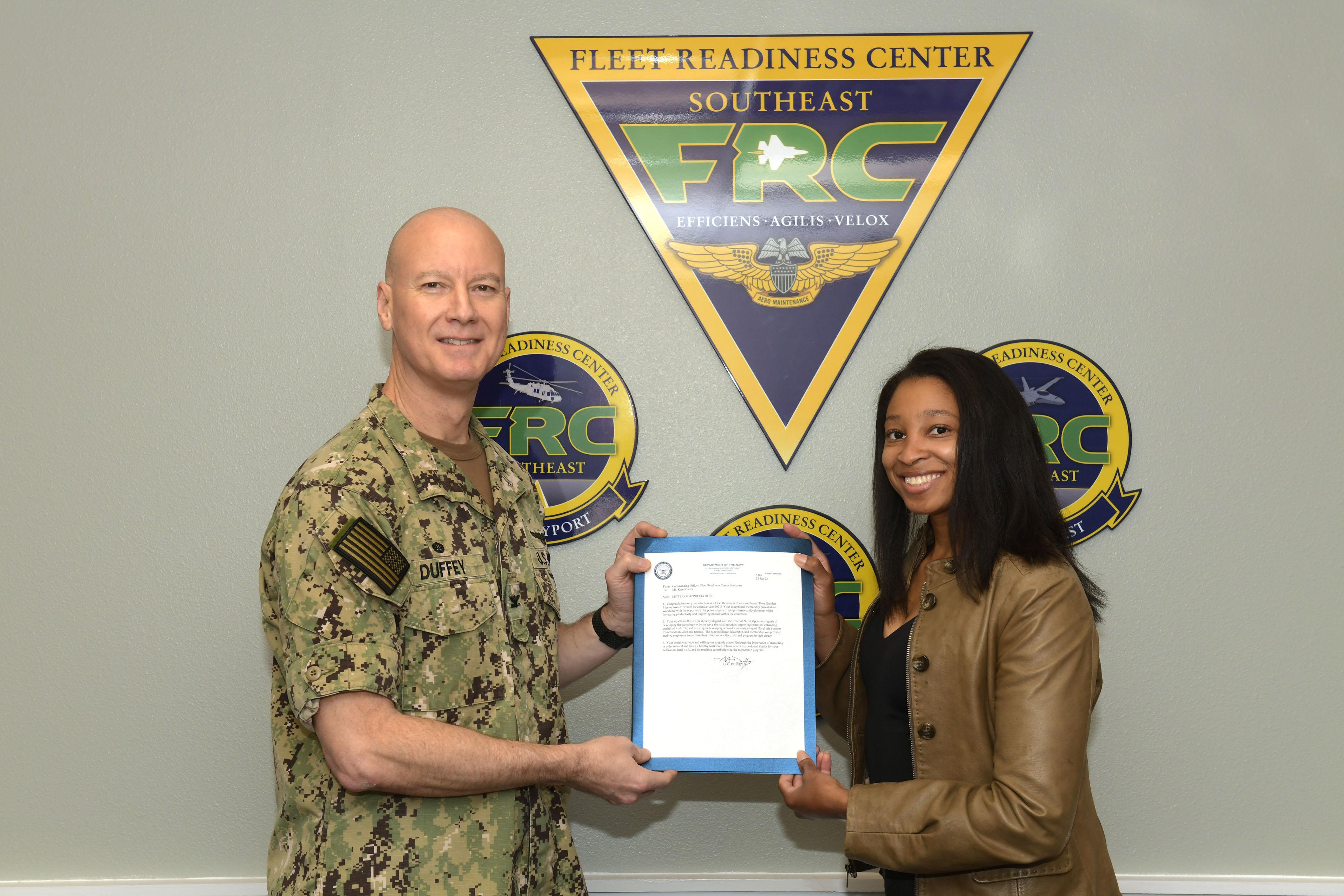