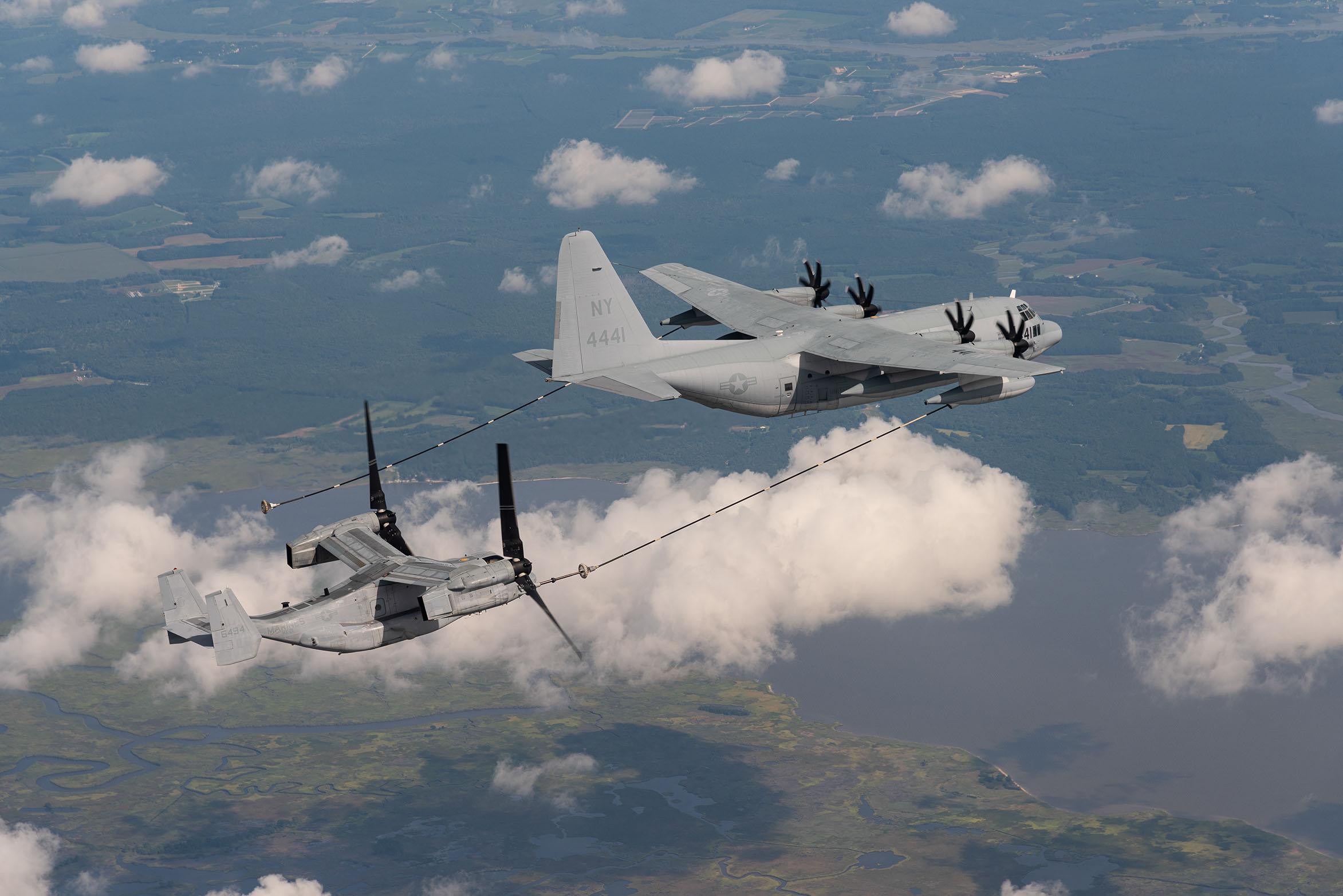 A KC-130T equipped with NP2000 Propeller System completed an aerial refueling (AR) mission with an MV-22 Osprey during a test flight August 24.

A KC-130T equipped with the new NP2000 Propeller System successfully completed an aerial refueling (AR) mission with an MV-22 Osprey during a test flight August 24.

The KC-130T, BuNo 164441, is currently undergoing testing that will qualify it to become the first NP2000 configured aircraft in the DoD certified to conduct AR missions. The NP2000 upgrade transitioned the C-130T’s propeller system to eight composite blades on each hub and an enhanced electronic control system.

“This is a critical certification to increase the U.S. Navy's capability to provide global aerial refueling support to the forward deployed forces,” said Captain Steve Nassau, program manager PMA-207. “The U.S. Air Force C-130H did not have the requirement to conduct AR when they transitioned from legacy propellers to the NP2000. This left the USN KC-130T fleet, currently transitioning to the NP2000, to fulfill this requirement.”

This particular aircraft had not flown for almost a year and was scheduled for sundown by the U.S. Marine Corps (USMC) after the last Marine Aerial Refueler Transport squadron in New York transitioned to the newer KC-130J models. The Navy coordinated with the Marine Corps to transfer the aircraft between inventories and the Tactical Airlift Program Office (PMA-207) and Fleet Logistics Support Wing completed the required maintenance to bring the aircraft back to life and modified it with NP2000. PMA-207, V-22 Joint Program Office (PMA-275), and Air Test & Evaluation Squadron (VX) 20 teams coordinated the test event, required for the airworthiness certification of the modified KC-130T.

Upon completion of certification, the NP2000 and AR configured aircraft will be transferred to the Navy Fleet Logistics Support Squadron (VR) 62 this fall to begin its new role. 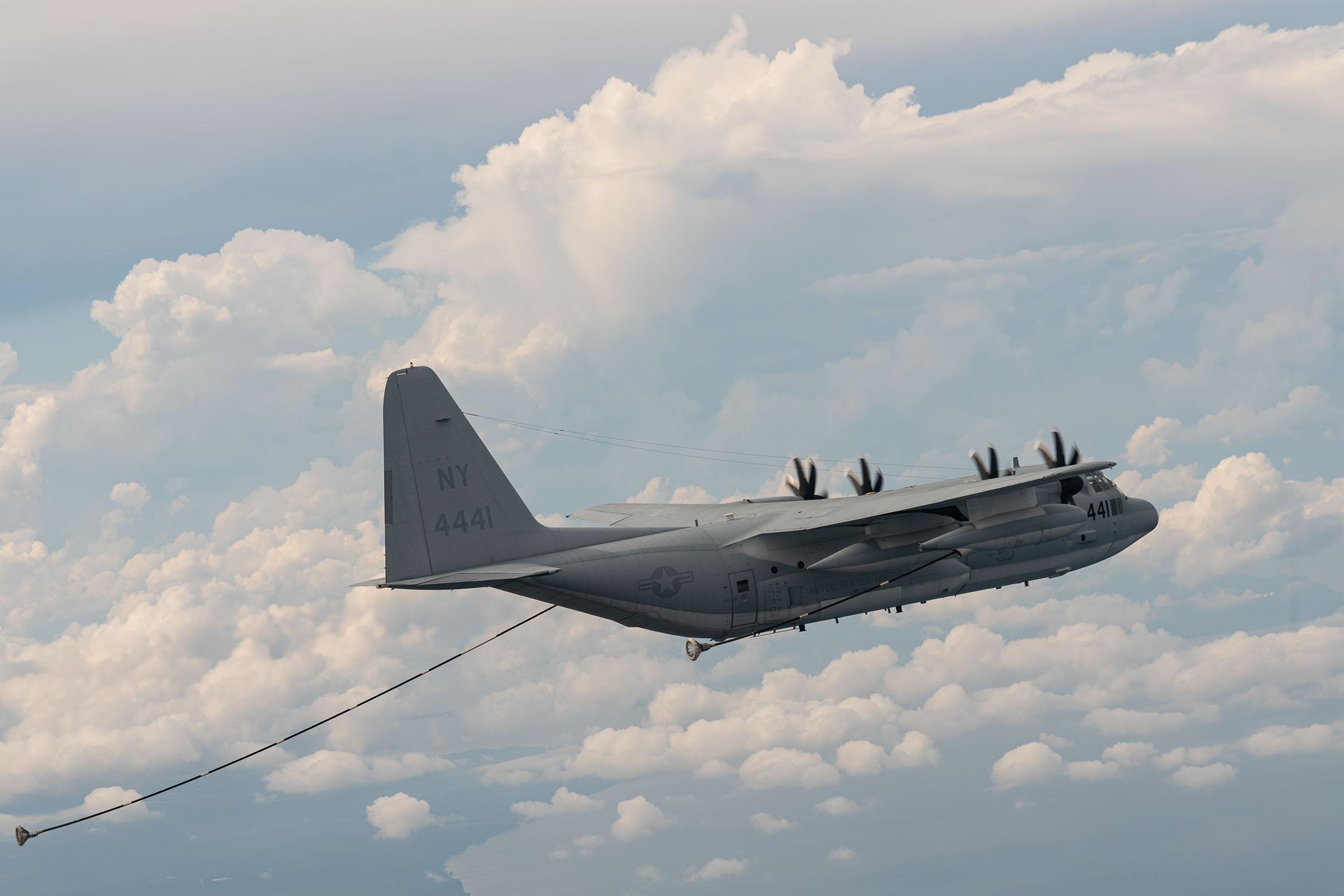