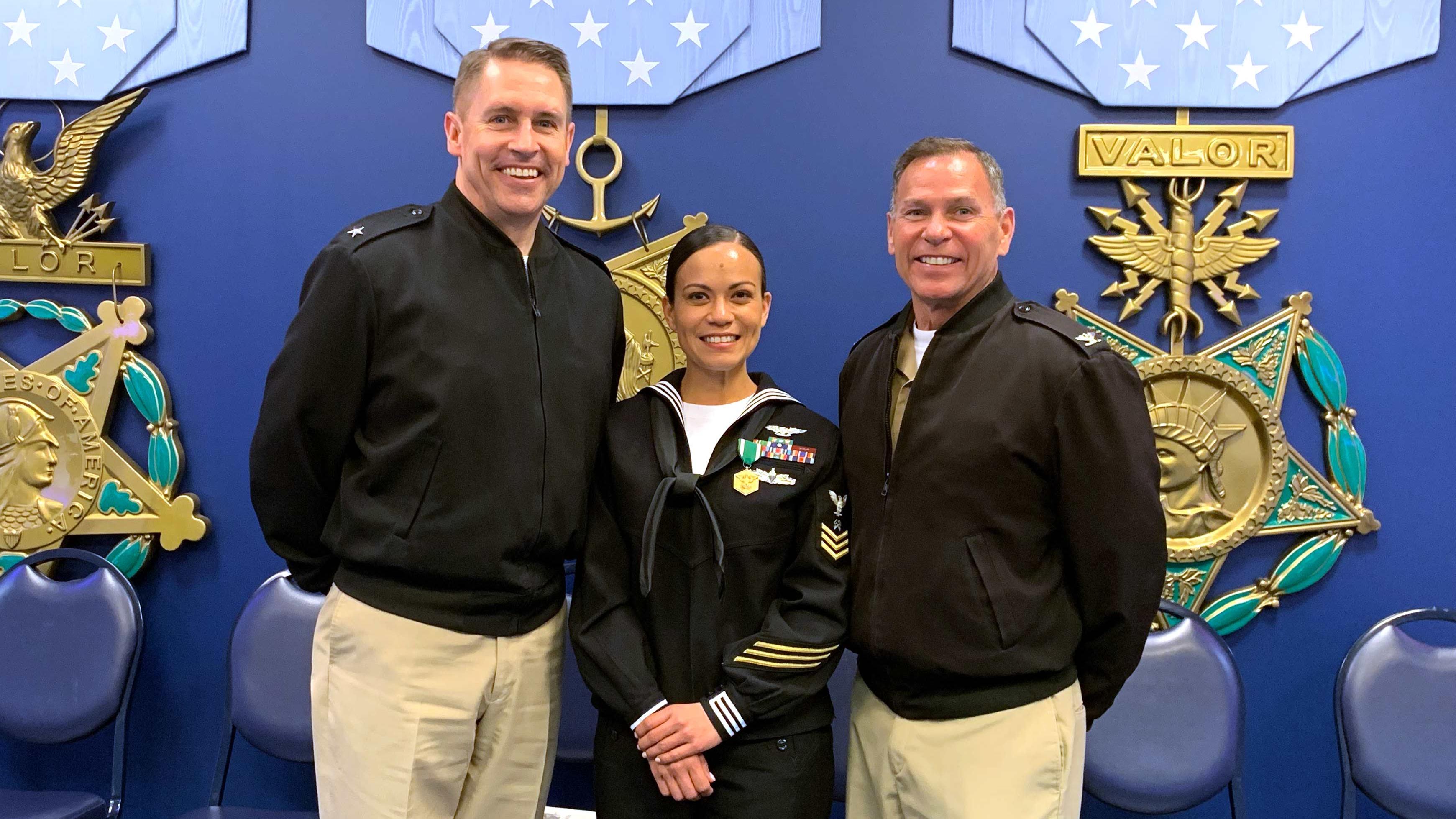 Logistics Specialist 1stClass Sindy Johnson has been selected as the Navy’s 2018 Shore Sailor of the Year (SOY).

Johnson, who is assigned to Fleet Readiness Center Southwest (FRCSW), was presented the award April 10 during ceremonies in Washington, D.C. She was one of five finalists to compete for the award, and will earn meritorious advancement to chief petty officer.

Born in Bluff, Nicaragua, Johnson moved with her father to Bronx, N.Y., in December 2001 at the age of 15. Three years later she joined the Navy.

“Living in Nicaragua, I remember sitting at a table and thinking that I wanted to be part of that Navy, part of that country,” she said. “And to be standing here representing the whole Navy as Sailor of the Year is a true honor. I serve this country and do my job and help Sailors because it’s an honor to put this uniform on every day. It’s an honor to say I’m in the United States Navy.”

In 2005, she became a naturalized citizen in Italy while assigned to her first command, the USS Emory S. Land(AS 39).

Johnson reported to FRCSW in 2016 where she currently serves as the acting chief petty officer of the command’s administration department. She is also the fleet training scheduler, in charge of up to 30 Sailors or Marines attending training.

In addition to her selection as the 2018 SSOY, Johnson was also named the FRCSW SOY in October 2018 and the Commander, Fleet Readiness Centers (COMFRC) SOY one month later.