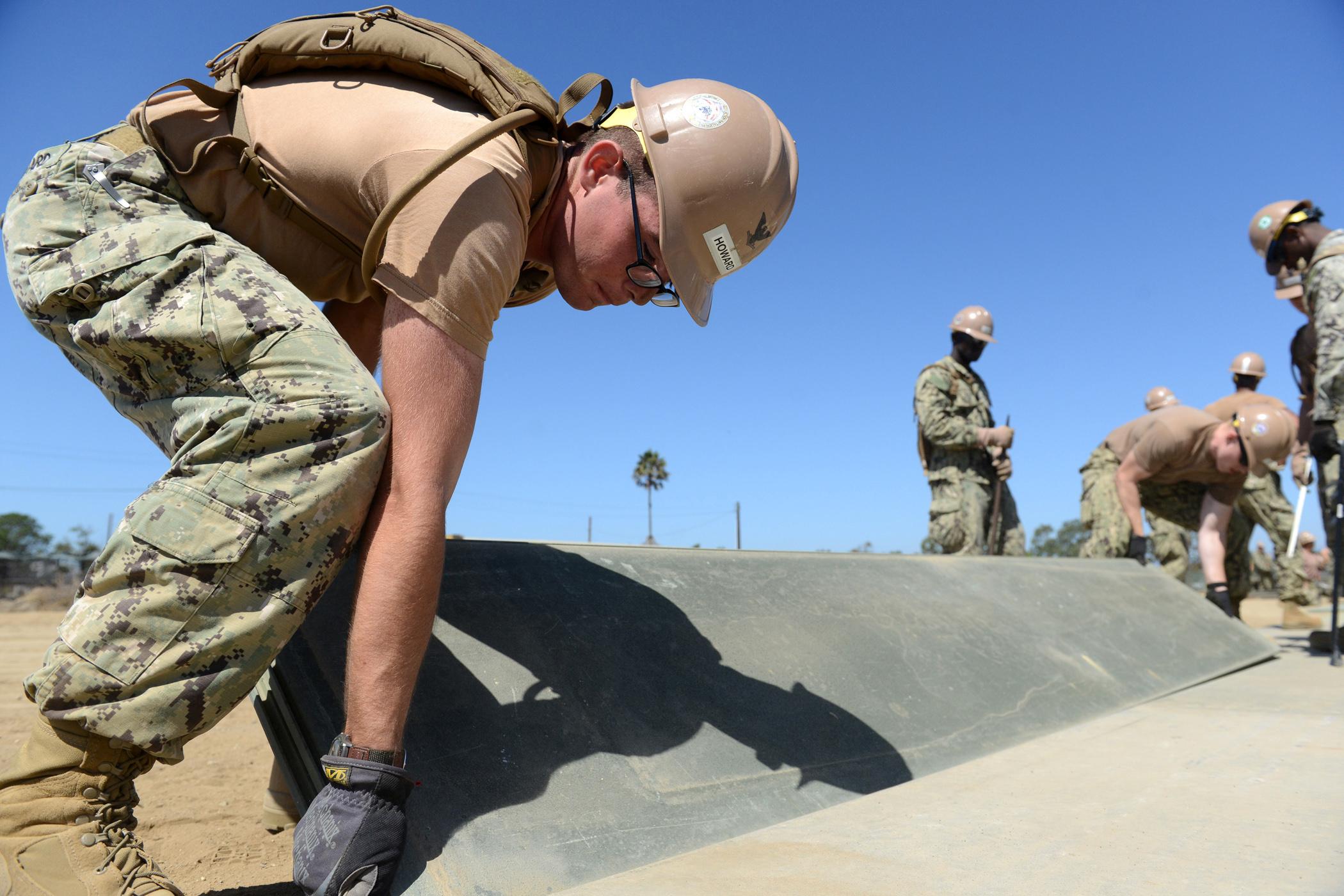 Expeditionary Airfields (EAFs) are shore-based aviation support systems that allow military aircraft to be rapidly launched and recovered ashore, independent of local facilities. From the most basic of EAFs, such as a grass landing zone for helicopter operations, to more complex solutions, such as large-scale airfield surfacing systems with airfield lighting and aircraft recovery systems, EAFs provide the means to safely and rapidly deploy and recover aircraft in a wide range of conditions.

It is the mission of the EAF In-Service Engineering (ISE) team at NAWCAD Lakehurst to provide flexible, safe and dependable EAF products through the design, development, testing, verification, overhaul and repair of EAFs and associated sub-systems. The major sub-systems include Airfield Surfacing Systems, Airfield Lighting and Marking Systems, Terminal Guidance and Aircraft Recovery Systems. NAWCAD Lakehurst EAF ISE provides support to all of these systems to facilitate the safe launch and recovery of aircraft on EAFs.

Aircraft Recovery Systems such as the M31 Marine Corps Expeditionary Arresting Gear System (MCEAGS) and E28 Emergency Runway Arresting Gear fall under EAF ISE purview. These systems are able to be used for permeant installations or in austere locations throughout the globe in order to support the Fleet and their missions. The purpose of these systems is to be able to use hydrodynamics to transfer the energy from arresting an aircraft into turbulent flow and heat via a rotary hydraulic or "water-twister" energy absorber. The ability to safety arrest an aircraft can be vital to a mission when building expeditionary runways or in an emergency situation and enables the Fleet to have more variability when choosing a location for a landing site.

With the introduction of new aircraft, such as the MV-22 Osprey, and the F-35 Lightning II, NAWCAD Lakehurst EAF ISE works to keep abreast of emerging technologies in order to provide Fleet Marine Forces with dependable, high-quality systems.

Lakehurst EAF ISE has evaluated the effects of the JSF F-35B on AM2 Mat utilizing a suite of purpose-built short airfield and vertical takeoff and landing (VTOL) sites constructed aboard NAS Patuxent River, MD.

Testing was performed on a specially-instrumented AM2 Mat VTOL pad with various sized voids constructed under the surface. These tests studied the impact of aircraft lingering (hovering) over the same general location and the resulting effect the surface, surrounding area and sub-surface in order to develop better preventive maintenance procedures.

The EAF program is in the planning stages of a proposed EAF Center of Excellence Airfield aboard Joint Base McGuire-Dix-Lakehurst to provide a venue for equipment demonstrations, testing and maintenance training without having to disrupt operations at Fleet installations.

Requirements definition for the Sustainment Lighting System (SLS) was completed in September 2017. SLS will replace the current airfield lighting system which has been fielded for over 30 years, and will include numerous advantages such as support for night vision device (NVD) aviation operations and the ability to launch and recover aircraft in Category I (CAT I) Precision Instrument Meteorological Conditions (IMC). SLS will be scalable and able to be configured to suit varying airfield dimensions and operational needs, and will utilize energy-efficient light-emitting diode (LED) lamps and battery-operated, solar-rechargeable lighting fixtures.

In March 2018 beta testing began on the EAF Design and Analysis Tool (EDAT). EDAT provides a user friendly software solution to simplify the airfield design process by utilizing "standard blocks" depicting the different components required to construct an EAF and constraining the locations of these components based on EAF and other Department of Defense (DoD) criteria. EDAT will also serve as an analysis tool to review and evaluate airfield designs submitted to Lakehurst ISE.