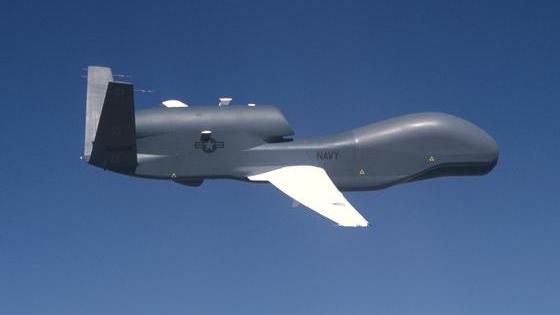 The high-flying aerial vehicle can fly persistently for more than 30 hours above most weather. Imagery and other data obtained by the aircraft feeds by satellite into the Navy ground segment consisting of a mission control element, a launch and recovery element, and a Navy-designed Tactical Auxiliary Ground Station (TAGS). Flown by Navy and Navy contractor pilots, the asset is controlled from Naval Air Station (NAS) Patuxent River, Md.

BAMS-D supported real-world operations under U.S. Northern Command, providing reconnaissance of wildfires in the rugged coastal mountains of California. Later tasking placed BAMS-D along the U.S. Gulf Coast to assess the damage left by Hurricane Ike. Despite challenging weather conditions remaining after the storm, BAMS-D sensor imagery aided first responders in Louisiana and Texas to most efficiently deploy their resources in the massive relief effort.

Beginning in mid-December 2008, in response to a Secretary of Defense Deployment Order, BAMS-D dispatched a portion of its system in support of the Warfighter as part of an active Navy maritime patrol unit. Over the course of eight months, BAMS-D flew over 800 combat hours in support of the U.S. Fifth Fleet. During that time, BAMS-D has continued to collect lessons learned for BAMS UAS and the Navy ISR Family of Systems in an operational arena—while maintaining the capability for experimentation and demonstration at NAS Patuxent River.

Since arrival in theater in January 2009, BAMS-D has remained on continuous deployment to U.S. Central Command (CENTCOM) in response to a Secretary of Defense Deployment Order supporting the warfighter as part of an active Navy maritime patrol unit.