More than 100 personnel from Naval Air Warfare Center Aircraft Division (NAWCAD) Lakehurst gathered on the Lakehurst side of base Feb. 7 to celebrate Black History Month.

“Black history is American history; however, the coverage of black history lacks depth within curriculum in our school system, if it is taught at all,” said Marla Singleton, NAWCAD Lakehurst APAT co-lead. “Celebrating black history is an opportunity to inform, and in the process, encourage tolerance of African Americans and our contributions to, our lives in and our shaping of America.”

Guest speaker Dr. Crystal Lucky, associate dean of Baccalaureate Studies, College of Liberal Arts and Sciences, Villanova University, discussed the events that led up to the Great Migration in the United States and how it shaped the country today.

“When we talk about American slavery it becomes this kind of series of migrations that I would argue begins with these enslaved folks who are always bringing about their own freedom,” Lucky said. “They are migrating from one place to another but they are always working to free themselves.”

Lucky discussed the historical events in the south that led to the mass migration of African-Americans to the north and west, and shared the migration stories of many notable African Americans.

“When we talk about this great migration it’s not just that one person starts going, two people start going, it’s families, it’s churches, it’s neighborhoods,” Lucky said. “They start to pack up and say ‘we can’t live like this anymore.’”

Lucky drew on her research in African American literature, sharing poems and songs throughout her talk with the audience. APAT members joined in and acted out the poem “One-way Ticket” by Langston Hughes to demonstrate the mass numbers of African Americans who migrated across the country during the 20th century.

“It’s because of this wonderful migration, because of this critical mass of black folks coming to the north to make a new life for themselves, that the United States begins to change,” Lucky said.

“Our diversity teams do great work by putting on events like this, mentoring people and visiting schools,” Martenak said. “There’s so much good work that’s done by our teams. I strongly encourage you to get involved.”

APAT is one of seven NAVAIR‐wide collaborative diversity teams. Its mission is to facilitate information sharing and lessons learned pertaining to the advancement and mentorship of NAVAIR's African‐American workforce. 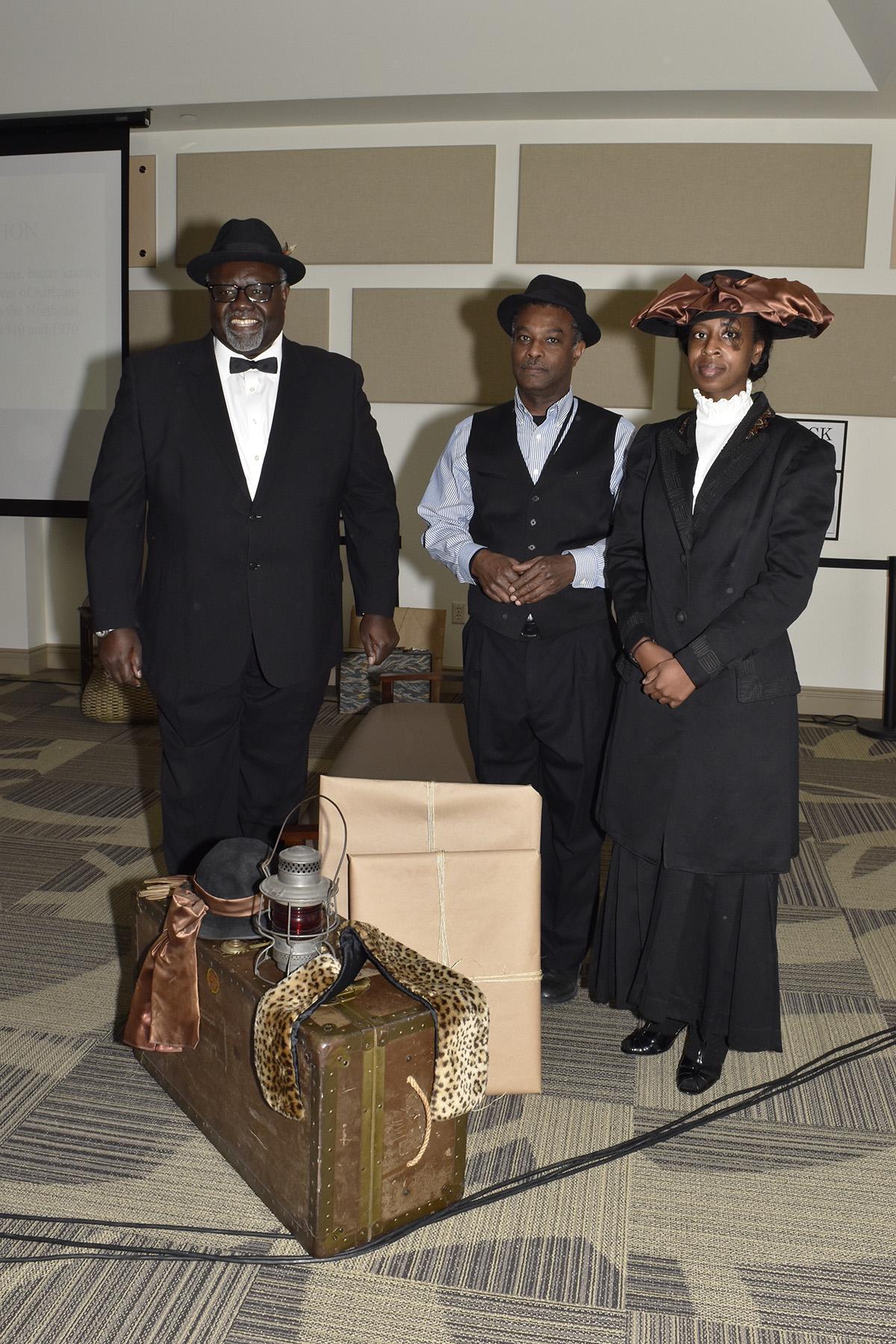