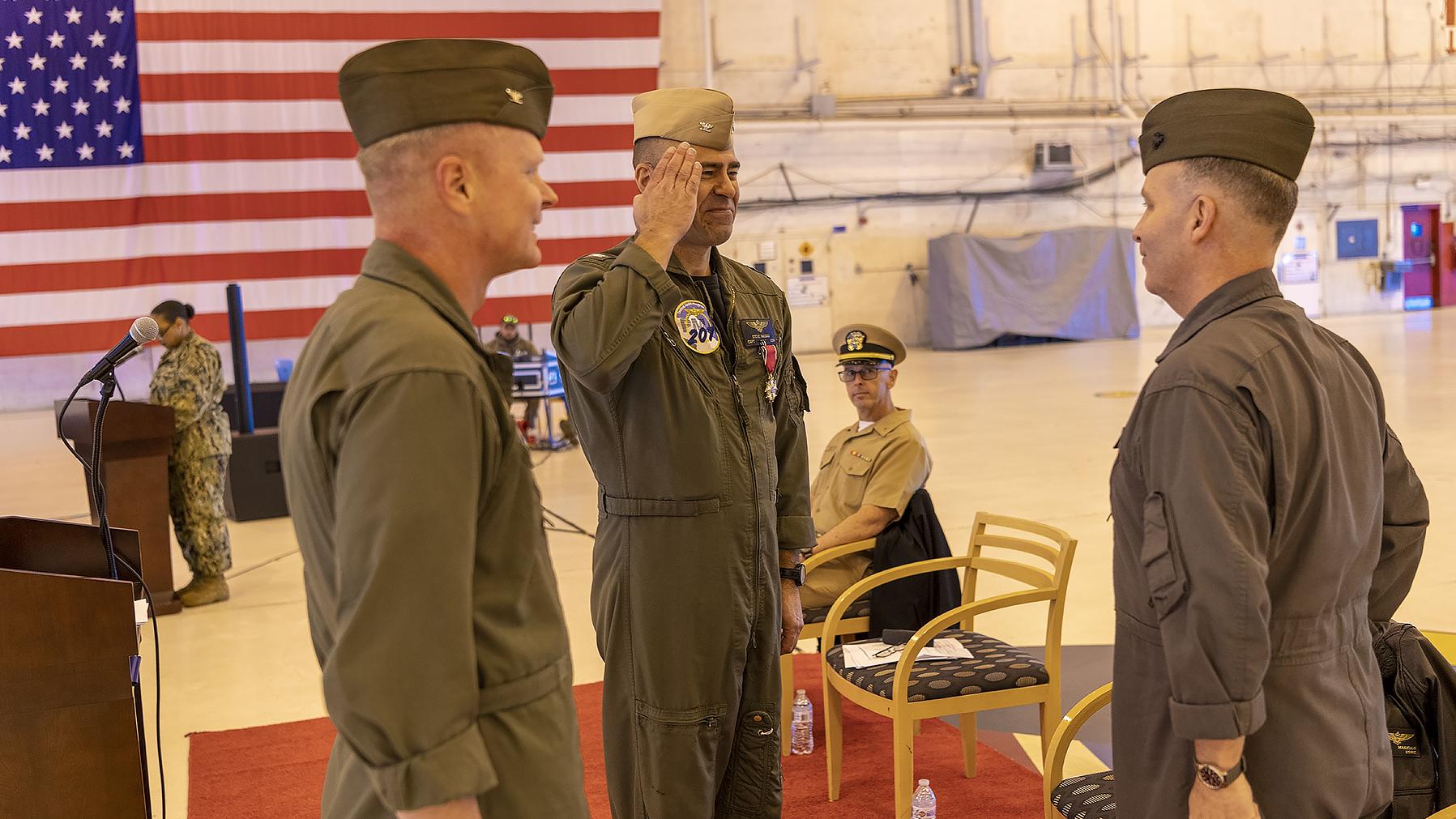 The Tactical Airlift Program Office (PMA-207) changed command with Capt. Steven Nassau turning over to Col. Steven Puckett in a ceremony on April 28.

“It’s all about the human beings, whether it is inside the program office or the sailors and marines out in the fleet,” said Masiello. “The breadth and depth of what PMA-207 does is amazing, and the people in PMA-207 have been the driving force behind aircraft readiness and getting the job done.”

Nassau turned the leadership of the program over to Puckett at a ceremony conducted in the Air Test and Evaluation Squadron Two Zero (VX-20) hangar in front of an audience of more than 125 family, friends, and colleagues as well as more than 60 virtual attendees.

“I challenged you at the beginning of my tour, and I challenge you some more, with greater goals, and higher expectations and you started working on them immediately, with gusto,” said Nassau to the audience. “I was told at the beginning of my command ‘start running and don’t stop’, every goal I set in in front of you, you achieved. Every expectation that I demanded of you, you satisfied.”

“Our steady state at PMA-207 is juggling 21 different type model series aircraft, with 40% of those aircraft supported by teams that are one deep in each area,” said Nassau. “Conversely, with a small team, this program office has more contract actions than any other on base. I’m proud of our highly skilled team of professionals; simply, if they don’t do their job, then the aircraft can’t fly.”

Assuming the position of program manager, Puckett brings a wealth of experience to the job and is well suited to the complexities of managing such a diverse and complex program office.

“You will be the first C-130 pilot leading PMA-207,” said Masiello. “You could retire, but you chose to serve the nation and the people.”

Puckett, a graduate of the University of Arizona, through the Marine Enlisted Commissioning Education program, served as a KC-130 pilot at multiple Marine Aerial Refueler Transport Squadrons and participated in multiple operational deployments. He is a graduate of the U.S. Naval Test Pilot School and is a proven leader with successful command of VX-20 and tours as deputy program manager at PMA-207 and PMA-265.

PMA-207 provides the lifecycle management of all U.S. Navy non-carrier-based tactical airlift and are experts in the procurement and sustainment of commercial derivative aircraft.