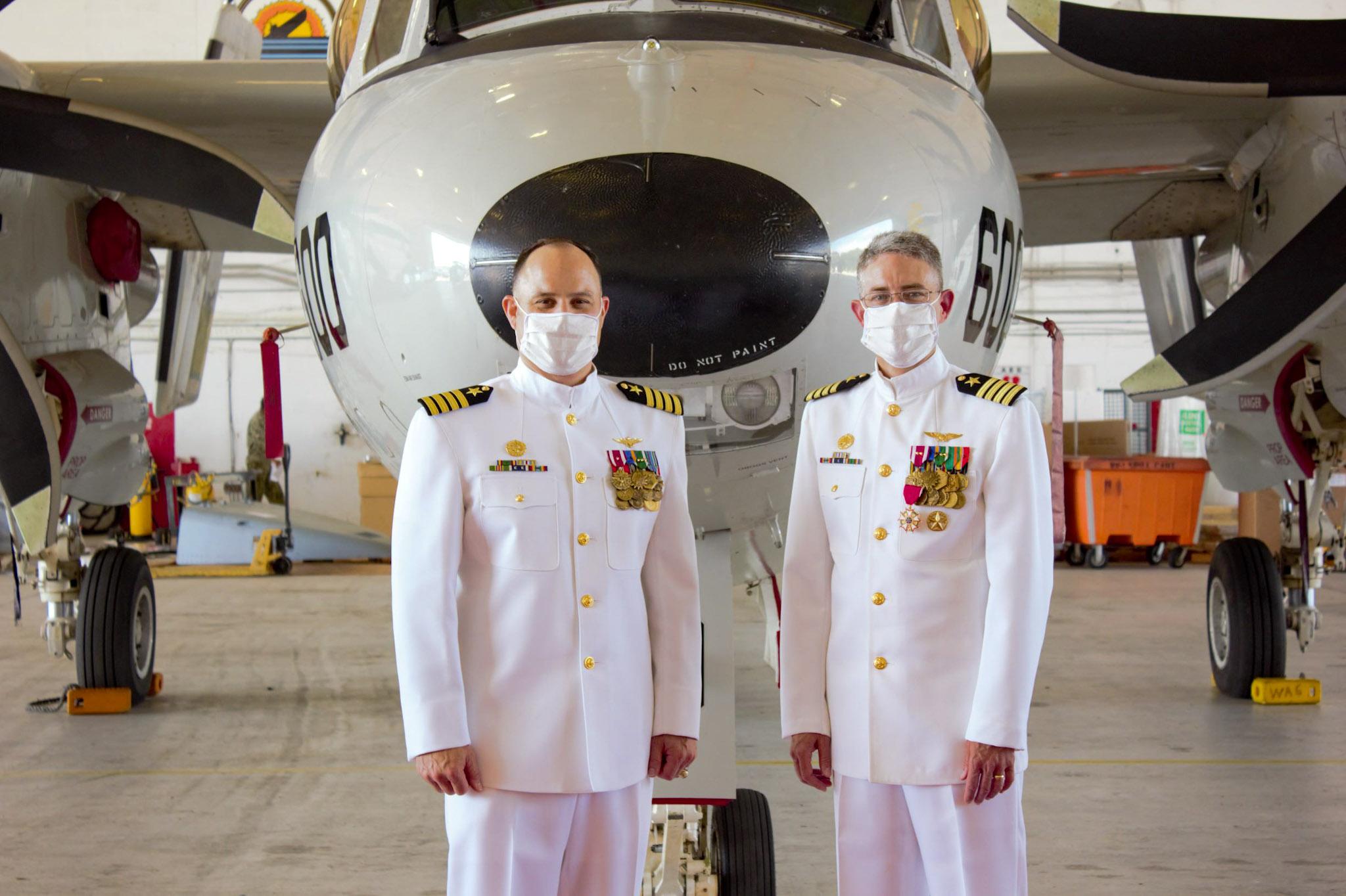 While the traditions looked a little different, safety and health remained the top priority during the time honored event.  In response to COVID-19, and to ensure the safety of all event participants, extra precautions were taken including social distancing, masks and sanitization of the event space.

Due to social distancing and seating limitations, less than 25 people were in physical attendance, but friends, family and team members from across the country tuned in to the live-streamed video via Facebook as one of the many smaller, more intimate changes of command that rely on digital technology at Patuxent River Naval Air Station.

Born and raised near Dallas, Texas, Capt. Keith “Brownie” Hash graduated from the United States Naval Academy with a Bachelor of Science in Aeronautical Engineering in May 1994. He earned his naval flight officer wings at Carrier Airborne Early Warning Squadron (VAW) 120 in Norfolk, Virginia, in March 1996. He graduated as the Test Pilot School Honor Graduate for Class 121, receiving a Master of Science in Aeronautical Engineering. In January 2013, Hash reported to the then named E-2/C-2 Airborne Tactical Data System Program Office (PMA-231) to serve as the E-2D Mission Systems Integrated Product Team lead. Hash assumed the role as PMA-231 Development and Production lead in July 2013 and became the Program Manager in May 2016.  The program name changed to the E-2/C-2 Airborne Command & Control Systems Program Office in October 2019 while under his leadership.

Hash has accumulated over 3,000 flight hours in 18 different aircraft. His decorations include a Legion of Merit, three Meritorious Service Medals, two Strike/Flight Air medal awards, three Navy and Marine Corps Commendation Medal, a Navy and Marine Corps Achievement Medal and various individual and unit awards. During his tenure as Program Manager, Capt. Hash was closely involved with the continued production of new domestic and Foreign Military Sales aircraft, restoring readiness and was dedicated to rapidly delivering increased capability to the fleet. His next assignment is with the F-35 Joint Strike Fighter Program in Arlington, Virginia.

“I firmly believe that Capt. Arrobio’s wide range of experience and leadership style will help him lead this program office into the future as it continues delivering Aerial Refueling capable aircraft, and new, continuously upgraded software that will equip our warfighters with the tools they need to go to the fight and win, today and tomorrow,” Capt. Hash said as he addressed the program office one last time before the change of command.

A native of Pasadena, California, Arrobio graduated from the United States Naval Academy with a Bachelor of Science degree in Aerospace Engineering in May 1996. He earned his pilot wings in March 1998 at VT-31 in Corpus Christi, Texas.

The E-2/C-2 Airborne Command & Control Systems Program Office, is responsible for providing the E-2C Hawkeye, E-2D Advanced Hawkeye, and the C-2A Greyhound fleet with acquisition strategy, logistics and sustainment solutions in support of the warfighter’s mission. 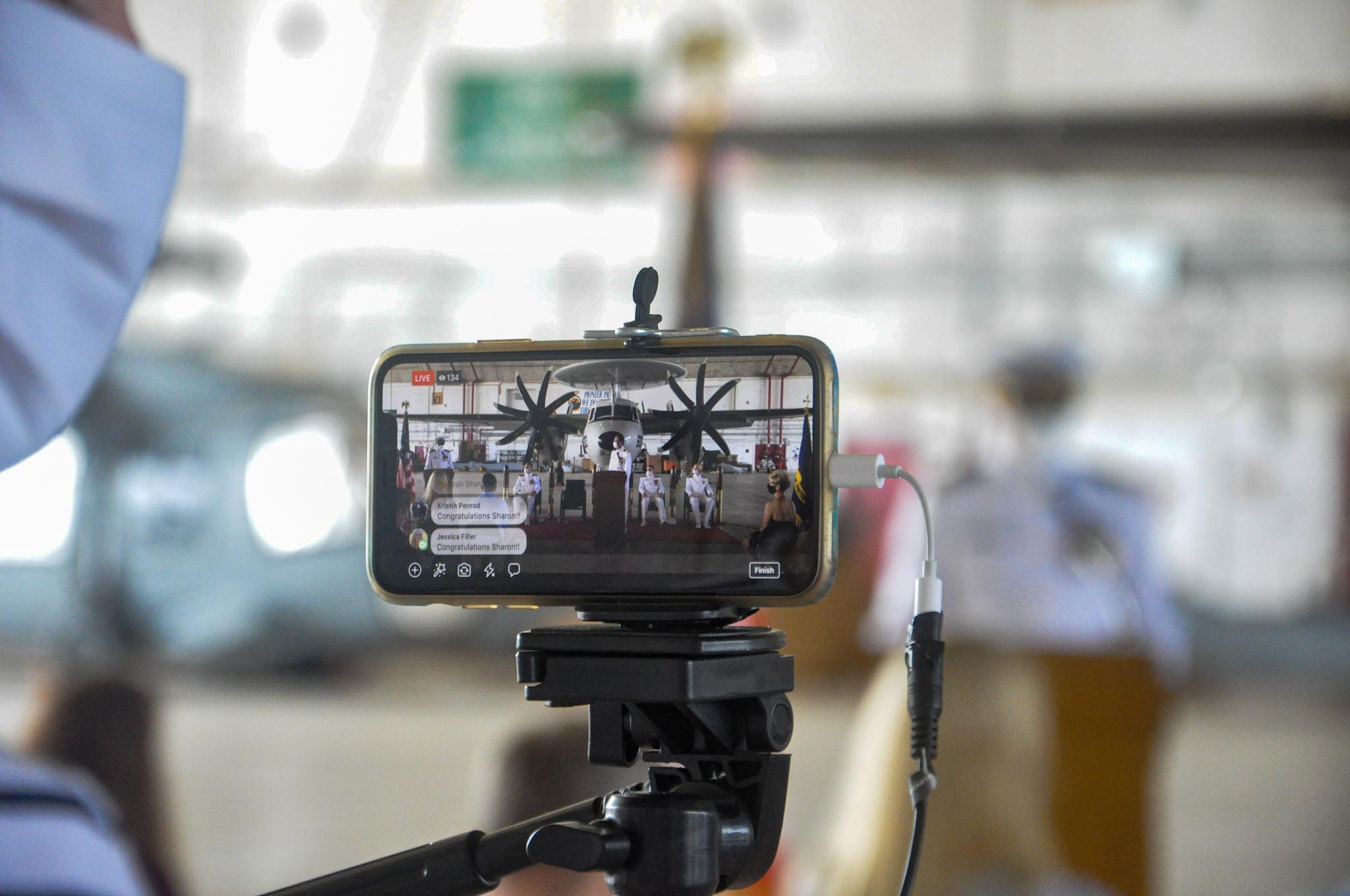 Due to social distancing and for the safety of event participants, the E-2/C-2 Airborne Command & Control Systems Program Office (PMA-231) change of command ceremony was live-streamed via Facebook, Aug. 6, 2020.