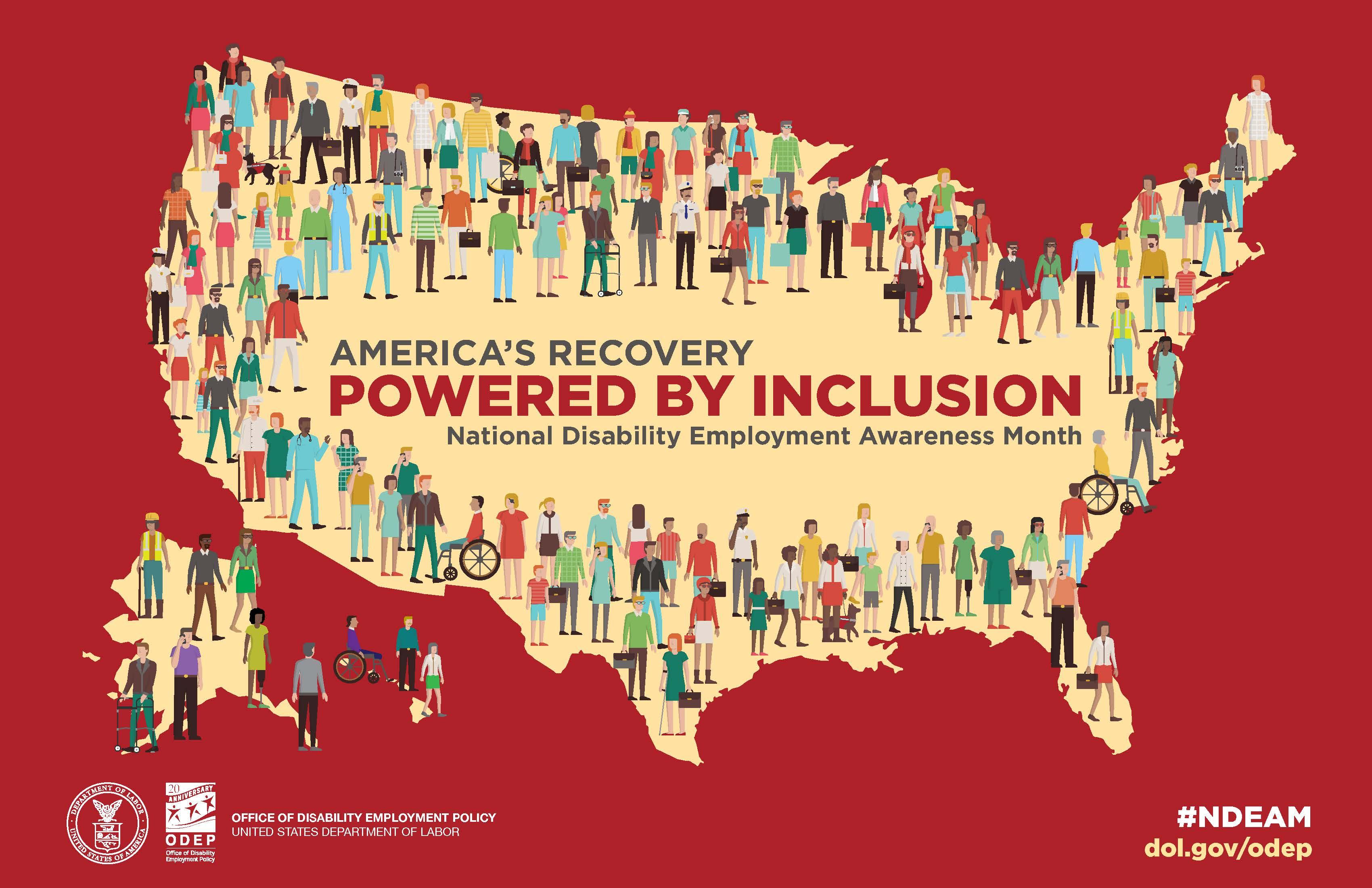 NAVAIR has long known recruiting, retaining and promoting individuals with disabilities is a vital part of creating a strong, diverse workforce to meet the command’s mission.

October is National Disability Employment Awareness Month, and this year’s theme – “America’s Recovery: Powered by Inclusion” – serves as a reminder that inclusion needs to include hiring, promoting and retaining people with disabilities, said Michael Young, manager/assessment specialist of the Department of Defense’s Computer/Electronic Accommodations Program (CAPTEC).

“If individuals with disabilities are included, but our infrastructures are inaccessible, then no real progress has been made,” Young said.

That’s where CAPTEC, established in 1990, comes in. CAPTEC provides assistive technology and accommodations to support individuals with disabilities and wounded, ill and injured service members throughout the Department of Defense in accessing information and communication technology. That’s especially important in an increasingly digital world, Young added.

“Reasonable accommodations are a mandate and a requirement, but it’s also good business sense,” he said.

CAPTEC also reduces costs: Over the last five years, CAPTEC has saved the Department of the Navy $4.6 million. And, since fiscal year 2003, CAPTEC has provided more than 30,000 accommodations to Sailors, Marines and Navy civilians and saved more than $11 million.

Rear Adm. Joseph Hornbuckle, who kicked off the event, said CAPTEC helps NAVAIR eliminate productivity gaps by providing the tools employees need to work efficiently, regardless of their disability. These tools can include screen magnification, speech recognition software and video phones, among others. Once barriers to technology are eliminated, employees tend to be more productive and successful in their jobs.

Young, who has worked for CAPTEC for 21 years, has seen this firsthand.

“I have the greatest job in the world,” he said. He reflected on helping a survivor who was severely burned from the Sept. 11 attack on the Pentagon. “When I showed her how she could use her voice to use a computer, she physically grew and got happy and smiled. No matter the obstacle or obstacles, individuals with disabilities keep their eyes on the goal and have a plan A, B, C, and if needed, a plan X, Y, Z. They are masters at adaptation.”

“Many people don’t realize the population of people with disabilities and that any of us could join just like that through a car accident, aging, cancer or even a fall,” Young said, “but I want to concentrate on ability – what a person CAN do – not a disability.”