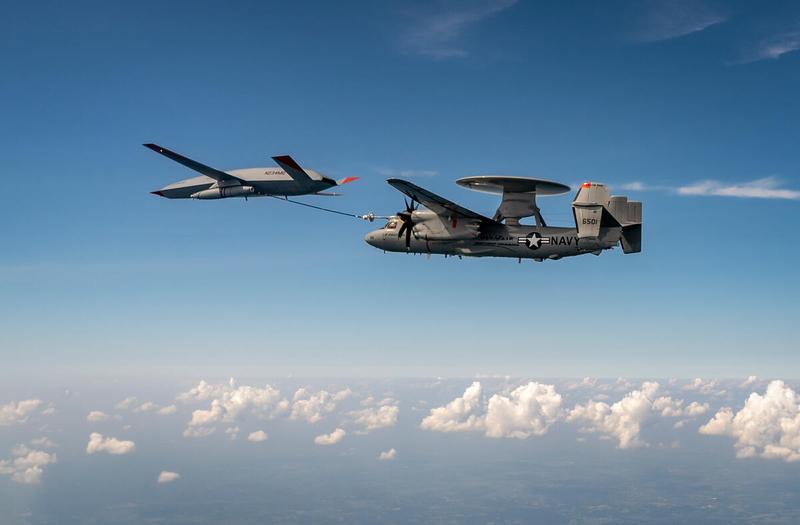 The Boeing-owned MQ-25 test asset, known as T1, transferred fuel to an E-2D Advanced Hawkeye, the newest variant of the E-2 platform which was upgraded with an aerial refueling capability in 2019.

“Once operational, the MQ-25 will refuel every receiver-capable platform including E-2,” said Capt. Chad Reed, the Navy’s Unmanned Carrier Aviation (PMA-268) program manager. “This flight keeps us on a fast track to getting the Stingray out to the fleet where its refueling capability will greatly increase the range and operational flexibility of the carrier air wing and strike group.”

This test marks the second refueling flight for the MQ-25 program. In June, the government/industry team completed the historic first unmanned tanking flight with an F/A-18 Super Hornet.

During the six-hour flight, Navy E-2D pilots from Air Test and Evaluation Squadron Two Zero (VX) 20 approached T1, performed formation evaluations, wake surveys, drogue tracking and plugs with the MQ-25 test asset at 220 knots calibrated airspeed (KCAS) and 10,000 feet. This test allows the program to analyze the aerodynamic interaction of the two aircraft. The team can then determine if any adjustments to guidance and control are required and make those software updates early, with no impact to the developmental test schedule.

T1 testing will continue over the next several months to include flight envelope expansion, engine testing, and deck handling demonstrations aboard an aircraft carrier before the MQ-25 engineering, manufacturing and development aircraft are delivered next year.

“MQ-25 is leading the way as naval aviation transforms to include cutting-edge unmanned platforms,” said Capt. Michael France, the Navy’s Airborne Command & Control and Logistics Wing (ACCLW) commodore. “Our fleet integration team (FIT) is actively preparing for the Stingray’s arrival and we’re excited for the innovative capabilities of the MQ-25 that will transform our mobility and power projection. For the first time, the eyes and ears of the fleet will now be able to provide up-to-the-minute information from deep within theater to facilitate rapid-decision making by carrier strike group leadership.”

The ACCLW will integrate the MQ-25A Stingray into the carrier air wing alongside the E-2 and C-2 squadrons. The Stingray’s persistent mission tanking coupled with the E-2D’s new aerial refueling capability will enhance the Hawkeye’s ability to provide comprehensive battle management for extended periods from anywhere within the battlespace.

The MQ-25A FIT is working with PMA-268 and Boeing to ensure the end user (MQ-25 operators) have early input as the aircraft moves quickly from development through test. The Navy will begin standing up the fleet replacement squadron, Unmanned Carrier-Launched Multi Role Squadron (VUQ) 10, later this year followed by two MQ-25A squadrons, VUQ-11 and 12. These squadrons will deploy detachments to the U.S. Navy’s aircraft carriers.

MQ-25 will be the world’s first operational carrier-based unmanned aircraft and provide critical aerial refueling and intelligence, surveillance and reconnaissance capabilities that will greatly expand the global reach, operational flexibility and lethality of the Carrier Air Wing and Carrier Strike Group. The Stingray is a foundational step toward the Navy’s strategic vision of a future fleet augmented by unmanned systems to pace the evolving challenges of the 21st century. 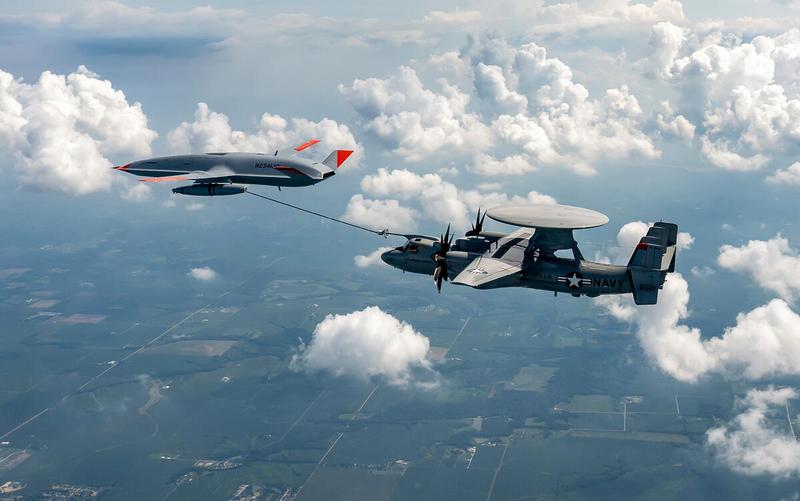