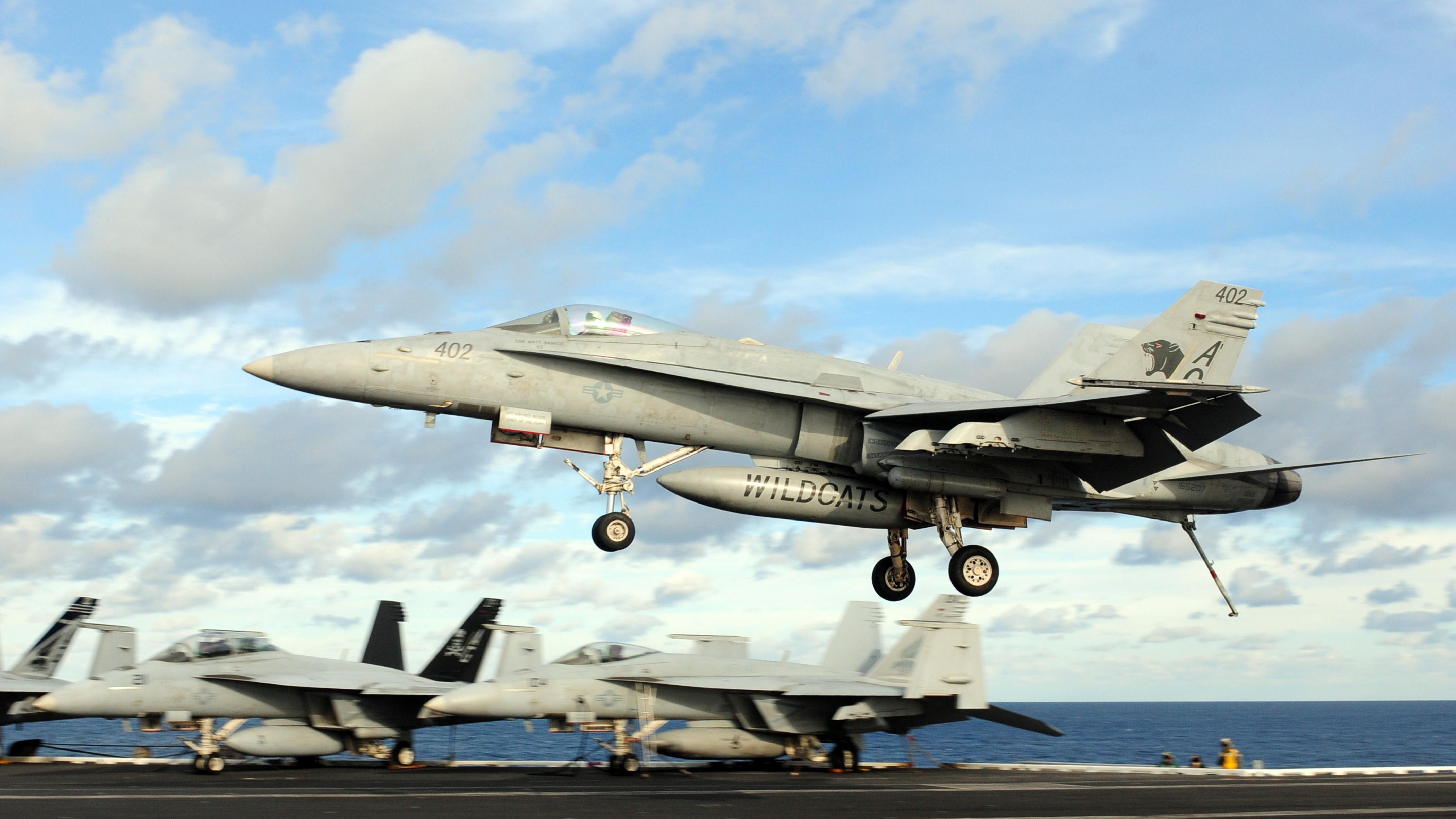 The F/A-18 Hornet, an all-weather aircraft, is used as an attack aircraft as well as a fighter. In its fighter mode, the F/A-18 is used primarily as a fighter escort and for fleet air defense; in its attack mode, it is used for force projection, interdiction and close and deep air support.

All-weather fighter and attack aircraft. The single-seat F/A-18 Hornet is the nation's first strike-fighter. It was designed for traditional strike applications such as interdiction and close air support without compromising its fighter capabilities. With its excellent fighter and self-defense capabilities, the F/A-18 at the same time increases strike mission survivability. F/A-18 Hornets are currently operating from air stations world-wide. The Hornet is used for strike missions by seven foreign customers including Canada, Australia, Finland, Kuwait, Malaysia, Spain and Switzerland.

The F/A-18 demonstrated its capabilities and versatility during Operation Desert Storm, shooting down enemy fighters and subsequently bombing enemy targets with the same aircraft on the same mission, and breaking all records for tactical aircraft in availability, reliability, and maintainability.

Hornets taking direct hits from surface-to-air missiles, recovering successfully, being repaired quickly, and flying again the next day proved the aircraft's survivability. The F/A-18 is a twin engine, mid-wing, multi-mission tactical aircraft. The F/A-18A and C are single seat aircraft. The F/A-18B and D are dual-seaters. The B model is used primarily for training, while the D model is the current Navy aircraft for attack, tactical air control, forward air control and reconnaissance squadrons.

All F/A-18s can be configured quickly to perform either fighter or attack roles or both, through selected use of external equipment to accomplish specific missions. This "force multiplier" capability gives the operational commander more flexibility in employing tactical aircraft in a rapidly changing battle scenario. The fighter missions are primarily fighter escort and fleet air defense; while the attack missions are force projection, interdiction, and close and deep air support.

The F/A-18C and D models are the result of a block upgrade in 1987 incorporating provisions for employing updated missiles and jamming devices against enemy ordnance. C and D models delivered since 1989 also include an improved night attack capability. The E and F models have built on the proven effectiveness of the A through D aircraft. The Super Hornet provides aircrew the capability and performance necessary to face 21st century threats.